Find out how to watch Boise State vs. Fresno State on Friday night.

The first really big Mountain West showdown of the season kicks off Friday night when Boise State travels to take on Fresno State. This game could possibly be a preview of the Mountain West title game in a few months. While Boise State is not undefeated as a lot of people hope for, but they are 2-1 and have seemed to right the ship after losing pretty bad at Washington. 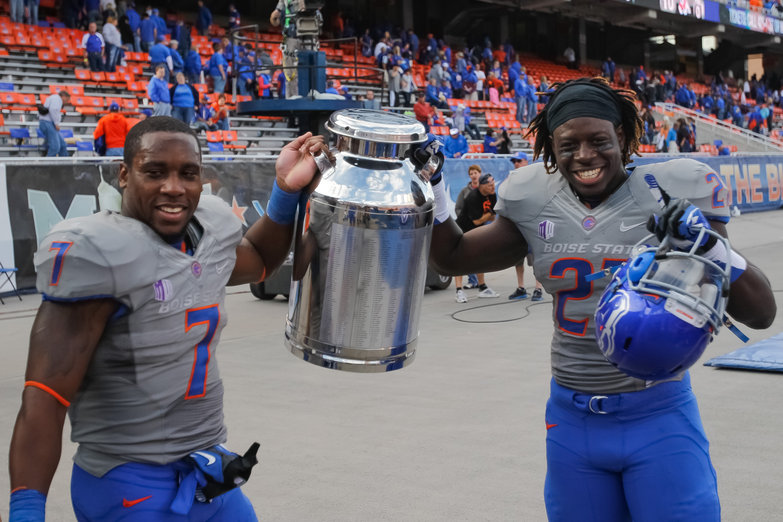 Can Fresno State finally get a win over Boise State?

These two teams have a history of playing against each other in the WAC and the traditional will continue on a fairly regular basis going forward in the new 12-team Mountain West.

A lot is riding on this game in terms of Mountain West supremacy as well as some help toward earning a possible BCS bowl bid.

RADIO: Fresno's two ESPN Radio affiliates, KFIG 940 and KGST 1600, will carry the Bulldogs broadcast in English and Spanish, respectively. The Boise State broadcast will be carried on the 12 stations that comprise the Bronco Radio Network, a list of which can be found at the team's website.

SERIES RECORD: Boise State leads the overall series 11-4. The Broncos also own a 7-1 advantage since the inception of the Milk Can Trophy in 2005, including a 20-10 victory last year in Boise.