The Mountain West has released their initial four-year football schedule for conference play.

The Mountain West has released the 2013-16 conference football schedule rotation, with dates still to be determined. Before we get to that he is a quick reminder of the divisions:

It is no surprise that the Mountain West that the league paired up Boise State with those other teams and on the road, because home games for Boise State are sold as a separate package. With the Fresno State and San Diego State being road games it could boost the league's overall value, assuming one or both are games that CBS elects to sell.

However, I can already hear the groans from Boise State fans about the lack of a home schedule.

Another look at the schedule shows that Utah State has the most favorable schedule of the league. The Aggies host Boise State and miss Fresno State, San Diego State and Nevada, pretty nice.

Here are the schedule for the next four seasons, and click for a bigger view: 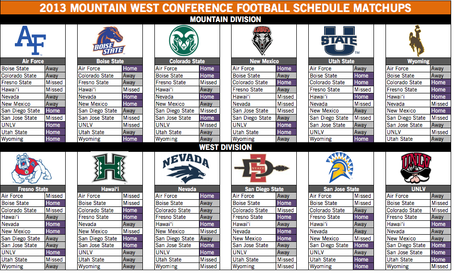 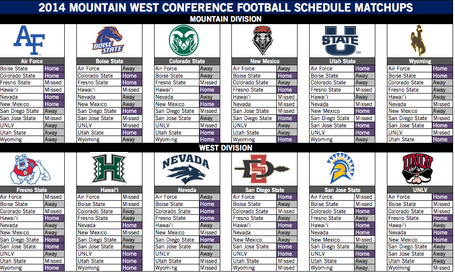 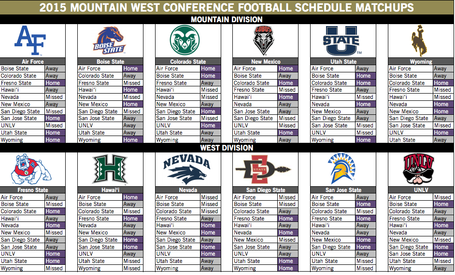 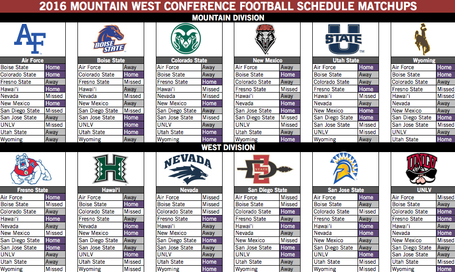