The fifth-seed Wolf Pack have a dynamic ace in Braden Shipley, but will his efforts be enough to contend for the MWC tournament crown?

College baseball’s regular season was wrapped up this past weekend. Now, the Mountain West squads prepare to descend on Beiden Field in Fresno in order to begin the conference tournament, the winner of which will earn a berth in the NCAA tournament and entertain dreams of a trip to Omaha.

Local writers in each of the six communities were gracious enough to provide insights on their teams ahead of the tournament. Joe Santoro of Examiner.com covers the Nevada Wolf Pack, who opens the tournament against Fresno State on Wednesday, May 22 with first pitch at 10 p.m. ET.

1. How well did the Wolf Pack's first year in MWC baseball go? Did the team meet or fall short of expectations?

Overall, the year was a disappointment in the Mountain West. They lost their last six conference games (three to UNLV and three to Fresno) and in the span of two weeks went from fighting for second place to finishing fifth in a six-team league. Starters Braden Shipley and Tyler Wells were good most every weekend but Tom Jameson, who was 7-2 last year, was 1-8 as the No. 3 starter. The bullpen struggled all year long.

Closer Michael Fain was solid early in the year but like most everyone in the open he's struggled for the last month or so. Offensively, the team has been very inconsistent all year. Finishing fifth was clearly falling short of expectations. Nobody expected a conference title in the first year in the league but with Shipley, Wells and Jameson this team should have finished in the top three.

2. There has been a lot of talk about Nevada ace Braden Shipley and his pro potential, and SB Nation's John Sickels believes Shipley has top-10 talent. What is it that drives the hype?

Shipley throws 95 miles an hour consistently and he has touched 97, so it's not hype. It's reality. He also gets just as many strikeouts with his off-speed stuff as he does his fastball. He can pitch. He's just not a thrower and he's only going to get better because this is just his second full year of pitching since he left high school. He has a great competitive spirit and confidence. He believes in himself as much as any pitcher I've seen. That confidence and competitiveness, coupled with a 95-plus mile an hour fastball make him a rare talent. 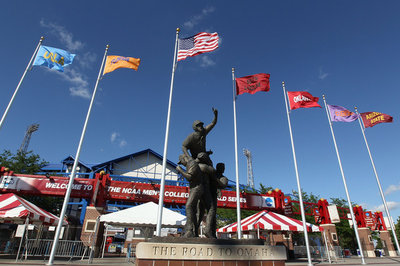 Follow along for all updates about the conference tournament.

3. The Wolf Pack have lost seven games in a row heading into the tournament. How do you think the team will respond now the slate has been wiped clean and everyone is subject to the same double elimination?

It all depends on whether or not they can score some runs. Shipley and Wells are a solid one-two punch in the starting rotation and Jameson has the potential to beat anyone. He threw a one-hitter in the Western Athletic Conference tournament as a freshman in 2010. So with that starting pitching the Wolf Pack can beat anyone. But this team has fallen on hard times lately because they simply cannot score enough runs.

They haven't scored more than four runs in any of their last nine games. But beyond that, this team just hasn't played well the last month of the season. The defense, particularly in the infield, has been dreadful and Coach Gary Powers never knows what he's going to get from one day to the next out of his bullpen. A lot depends also on Shipley in the first game. If he can put the team on his back and carry them to victory, a huge weight might be lifted from everyone's shoulders and they just might get on a run in the tournament. But a loss by Shipley will likely wipe out any remaining confidence this team might have left.

4. Nevada's offense was the worst in MWC play, scoring 30 fewer runs than fifth-place Fresno State and 150 fewer than conference leader New Mexico. Was this problem expected? Who is the key hitter that could solve the lineup woes?

It wasn't entirely a surprise. Austin Byler started off hot this season but he's tailed off considerably in recent weeks because of nagging injuries. Kewby Meyer also had to fight through injuries and only recently seems to be finding his rhythm again. Brooks Klein has been steady. Hugo Hernandez has been a nice surprise with the bat and just might be their hottest hitter right now. But most everyone else has been very consistent all year long. Byler, Klein, Meyer, Brett Jones are all left-handed so the Pack has struggled against lefties at times. It is not a team blessed with a lot of extra base power despite playing their home games at 5,000 feet elevation. This is a team that has had to scratch out runs. That was expected but not to this degree.

5. What do you think is the best-case scenario for Nevada?

Shipley must win his game for the Wolf Pack to have any chance this week. This is not a team that seems equipped to climb out of the loser's bracket right from the start. There's just not enough depth on the pitching staff. It also seems unlikely that this team can simply out-slug anyone.

It's a cliche, but this team needs solid pitching and flawless defense to have a chance. The pitching might hold up its end of the bargain -- Shipley, Wells and Jameson are as good as any starting rotation in the conference -- but the defense has to play much better than it has this season to win this tournament.