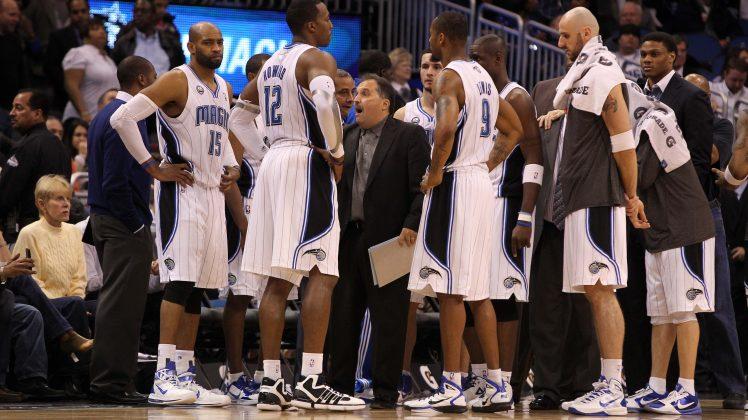 The objective of every NBA team is to win the championship. Like the San Antonio Spurs, Chicago Bulls, and others, numerous teams have won more than five times.

Nevertheless, some NBA teams have never won a title. For this reason, several fans and bettors always ensure that they often consider the winning teams in selecting the best real-time NBA odds for their betting games.

The 7 NBA Teams without a Championship

Multiple times, the Brooklyn Nets have reached the NBA Finals. They do not seem fortunate enough to win the NBA title.

Once, the squad was owned by the Russian billionaire Mikhail Prokhorov. They attempted to expand the roster by acquiring former Celtics studs. Sadly, this was unsuccessful. Even many individuals believe that this agreement is one of the worst in NBA history.

This millionaire gave up on the Brooklyn Nets in the end. This crew, though, began with a promising outlook. In addition to Durant and Irving, they have a talented collection of young players. The Nets can develop into a strong club soon.

Michael Jordan, a legend, owns the Hornet. As a team owner, Michael Jordan was unable to lead his club to greater success than during his playing career. The data indicates that the Charlotte Hornets' record has been consistently dismal over the last decade.

Moreover, Kemba Walker, possibly their greatest player ever, left before the season began. The Charlotte Hornets own several talented young players. However, the NBA title seems to be a distant goal for them.

The Indiana Pacers are without question a formidable team. They had great success with ABA. They won several ABA titles. In contrast, the Indiana Pacers have not been successful in the NBA. Additionally, they have reached the NBA Finals several times. However, the Pacers are still among NBA teams without a championship.

They were contenders for the NBA title many years ago. In the finals, they have always faced tougher opponents.

The most notable accomplishment of the Denver Nuggets to date is reaching the Western Conference Finals.

The Denver Nuggets are third on the list of NBA clubs without a title.

This team was formerly one of the NBA's most fearsome squads. They have never won the NBA title, though. The most notable accomplishment of the Denver Nuggets to date is reaching the Western Conference Finals.

This squad is currently one of the most promising prospects in the West. They have a very talented young team. They seem capable of winning the NBA championship in future seasons. The Nuggets are a club that we believe will be removed from our list early.

After Steve Ballmer assumed control of the Clippers, this squad began to exhibit favourable trends. Even though they have never won a title, we anticipate they will soon be removed from our list.

Last year in the playoffs, they had an outstanding showing. This allowed them to work with superstar Kawhi Leonard. They will eventually become worthy adversaries for the Los Angeles Lakers.

Hopefully, they will be removed from the list of NBA teams that have never won a championship in the future.

Since then, outstanding players like Kevin Garnett have joined the Minnesota Timberwolves. Despite this, they were unable to reach the NBA Finals.

Garnett departed Minnesota for the Boston Celtics in 2007. With Kevin Garnett, Paul Pierce, and Ray Allen, he then helped this club win the NBA title. Kevin Garnett is living evidence that the Timberwolves wasted their brilliance.

This squad has had numerous excellent players throughout the years, including Garnett. They have never, however, been able to complete the journey.

The Minnesota Timberwolves is a club with a lot of promise right now. Ho's team is full of excellent young players. However, if they want to win the NBA title, they must overcome several of their issues. They have a lot of attacking firepower, for example, but their defense seems to be frail.

The Memphis Grizzlies have been a tremendous potential team since entering the NBA as an expansion franchise in 1995.

The Memphis Grizzlies were formerly at the bottom of the NBA standings. They have, however, started to rebuild and are gradually ascending. That can be seen in how they approached the playoffs this year.

The Grizzlies of Memphis are on the right track. If they want to win the NBA, this club must continue to develop its youthful core.