University of Hawaii Athletics announced last week it had entered a four-year partnership with adidas to be the new official athletic footwear, apparel and accessory brand for the Rainbow Warriors — ending its previous deal with Under Armour that began 2008 and was set to run through 2022.

For Hawaii student-athletes and fans alike, that meant new uniforms for the upcoming school year which were unveiled just in time for Mountain West Media Day.

As pointed out, the green on the jersey does appear a bit more teal than it should be. Also as seen here, the tapa pattern stripe has been removed from both the sleeve and pants.

Regardless, let's take a look at the UA threads through time. Some things to note: 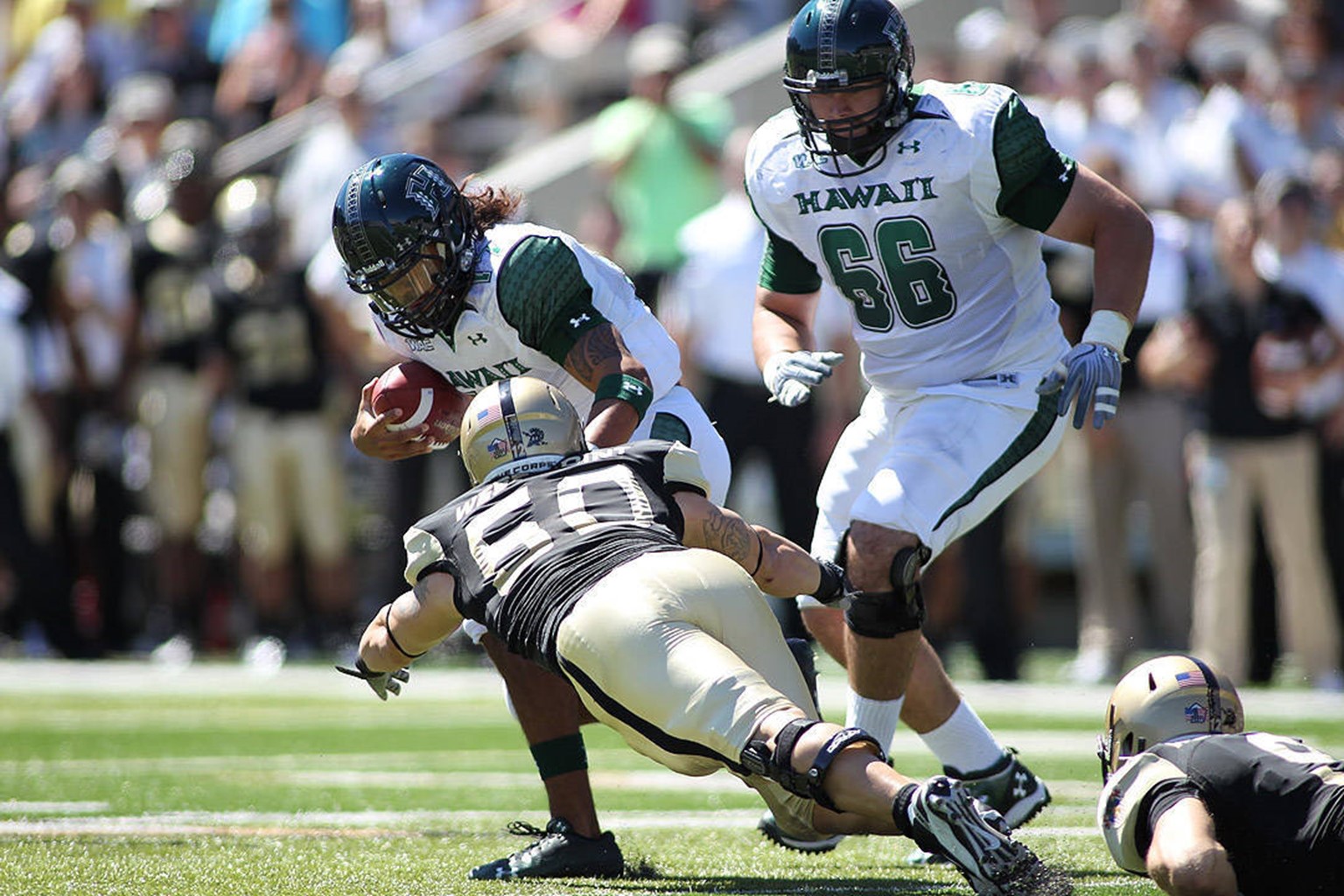 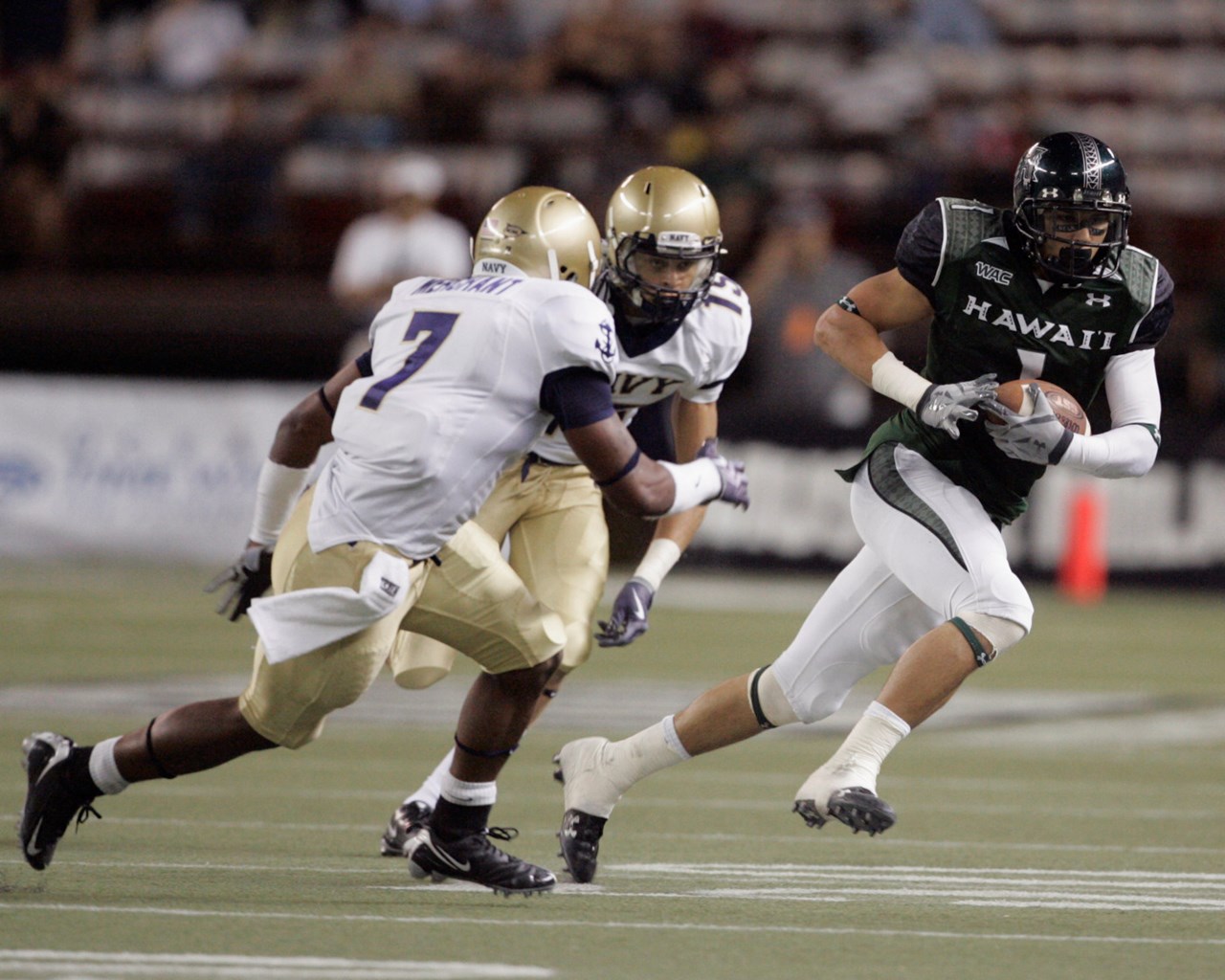 The white pants debuted mid-2009 and was an instant upgrade to the away white jerseys. It was later used with the alt green tops and cemented itself as one of the best uniforms in Hawaii history. 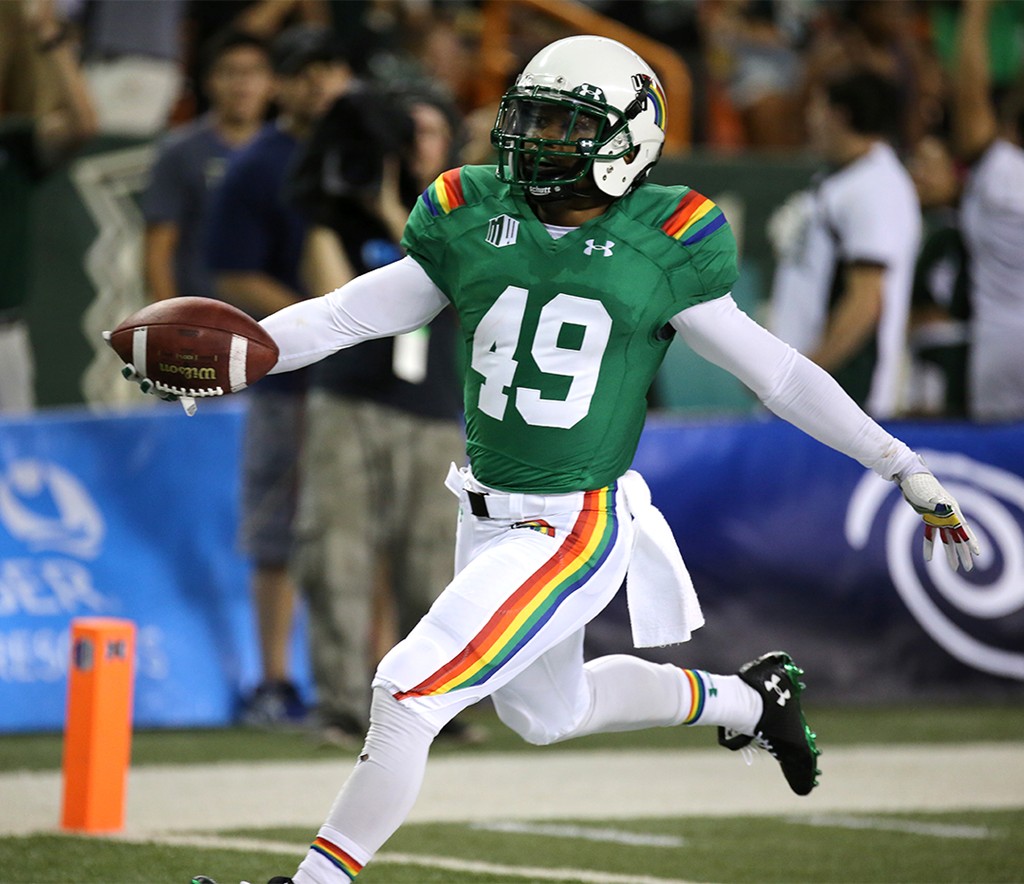 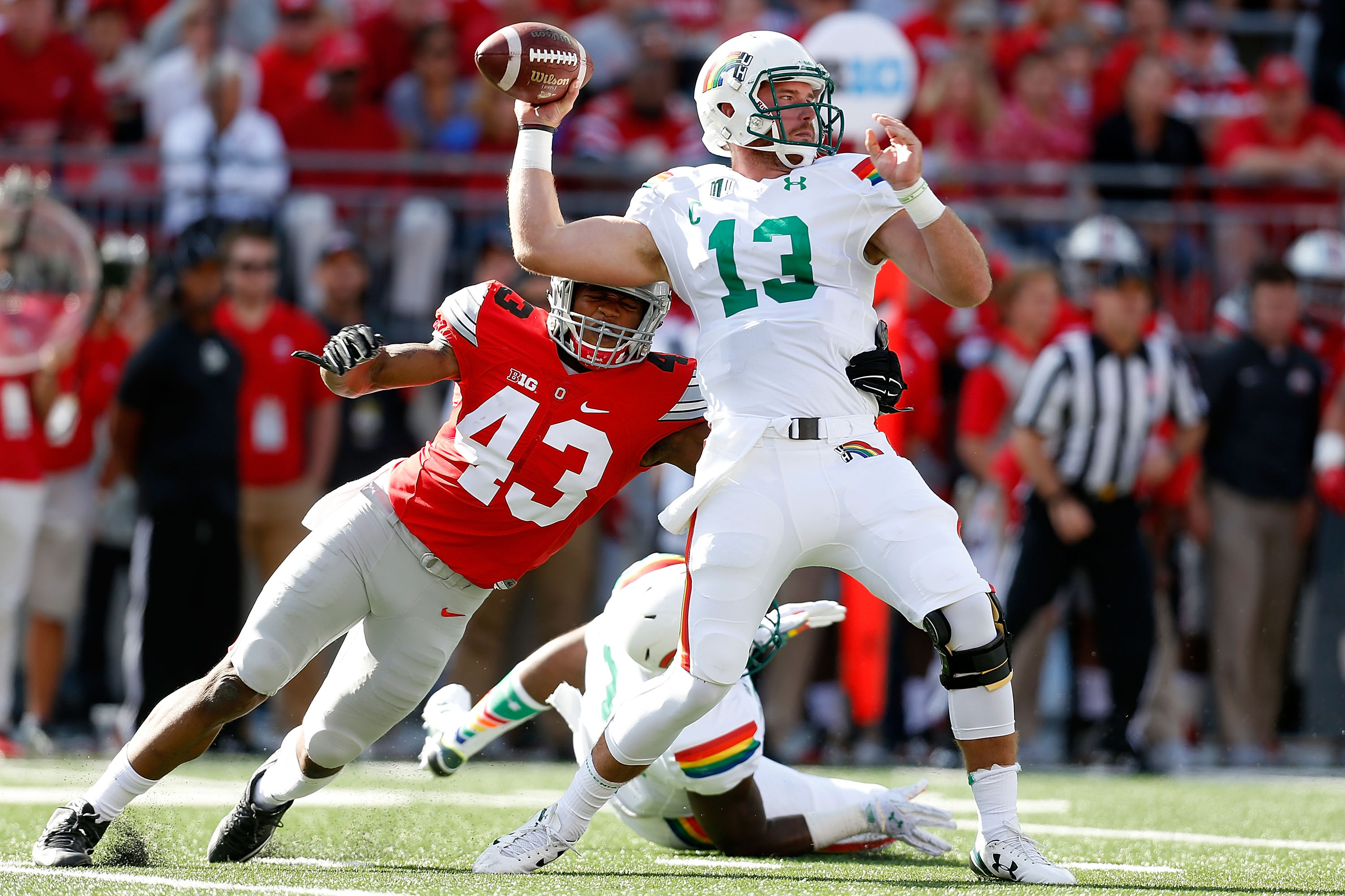 Depending who you ask, the Rainbows are either awesome or awesome (unless you're a homophobic stooge). You'd think that a team who re-adopted the "Rainbow Warriors" name would use these on a regular occurrence, but you'd be wrong as it was only worn a total of SIX times. Also, Kelly Green is the best type of green. 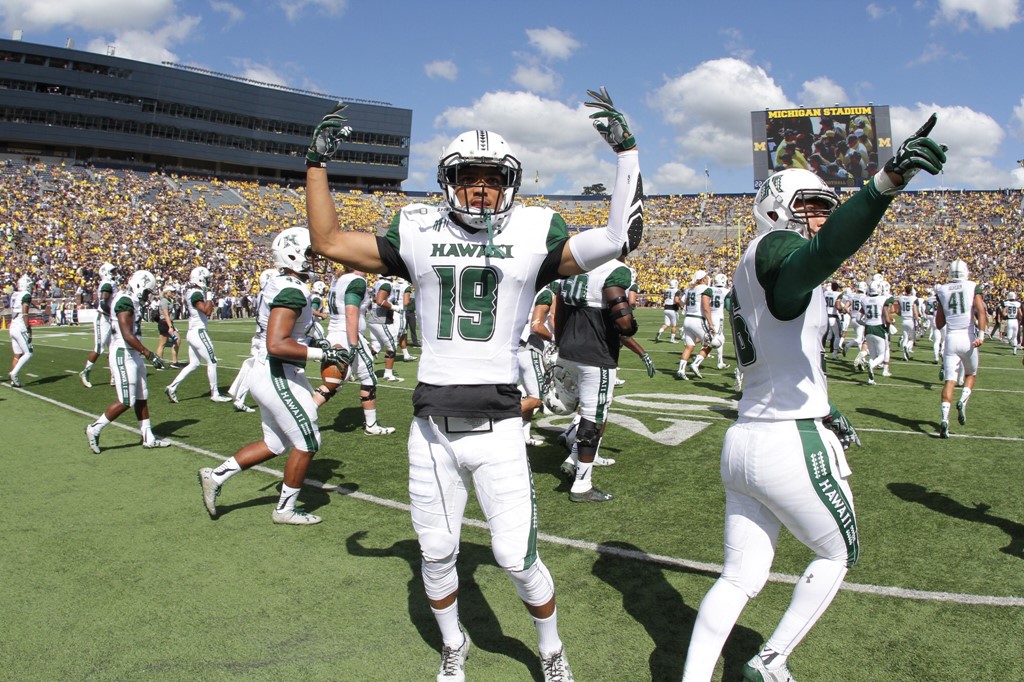 For some reason, going with white helmets was a polarizing choice amongst UH fans. But nonetheless, when used with these white tops/pants combo, it made for one of the better "Stormtrooper" looks in all of the country. The pants also had some subtle details for a nice added touch. 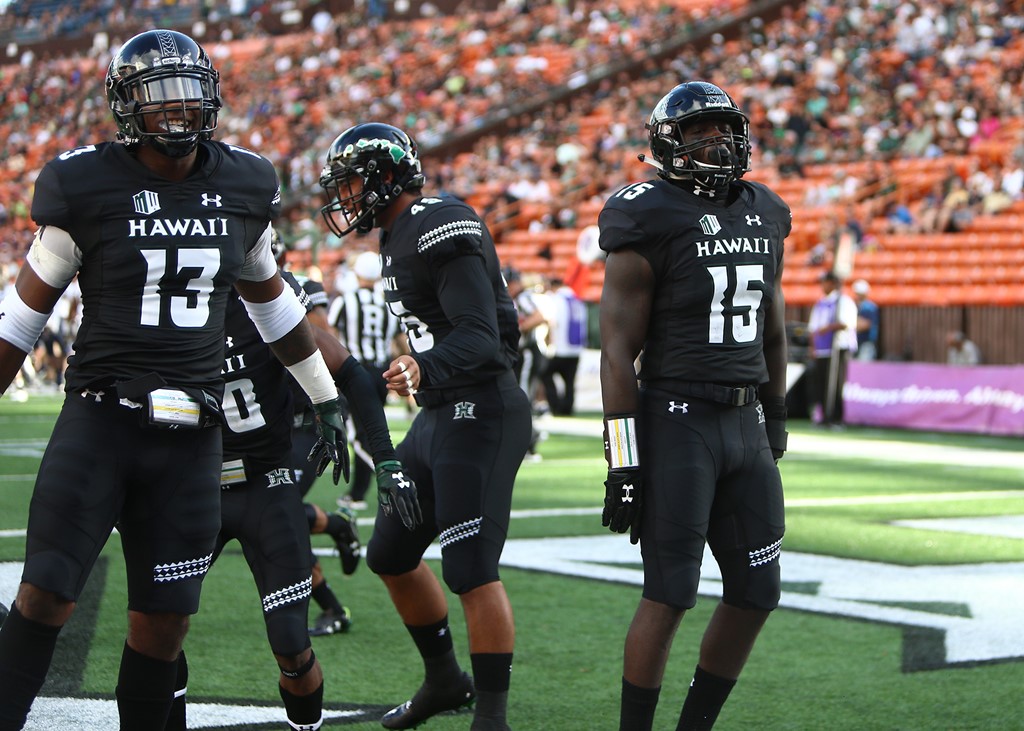 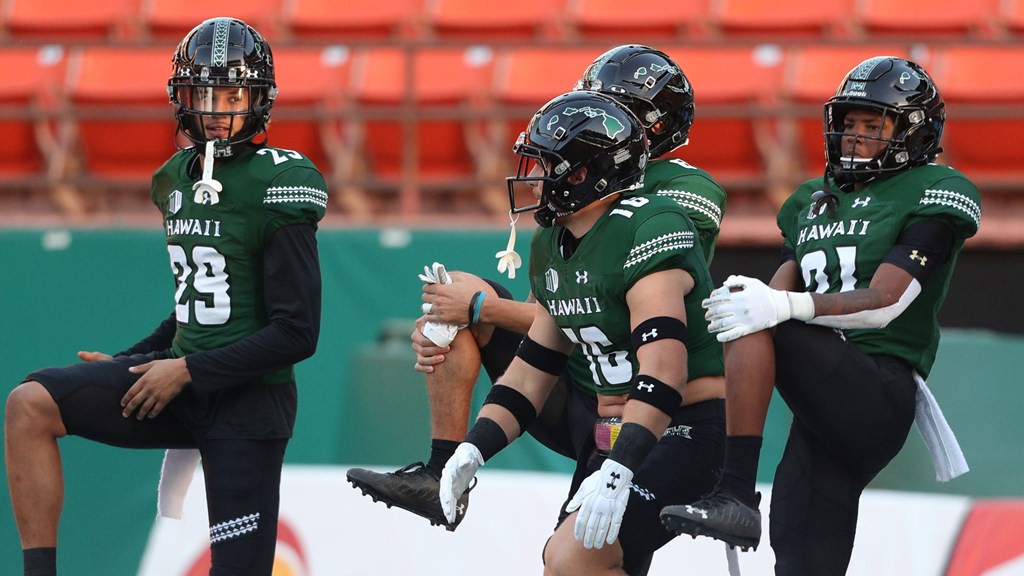 After all that, the return to black was magnificent. A simple design with the added tapa pattern stripes and the bonus of black helmets with the Hawaiian Islands on the left side. 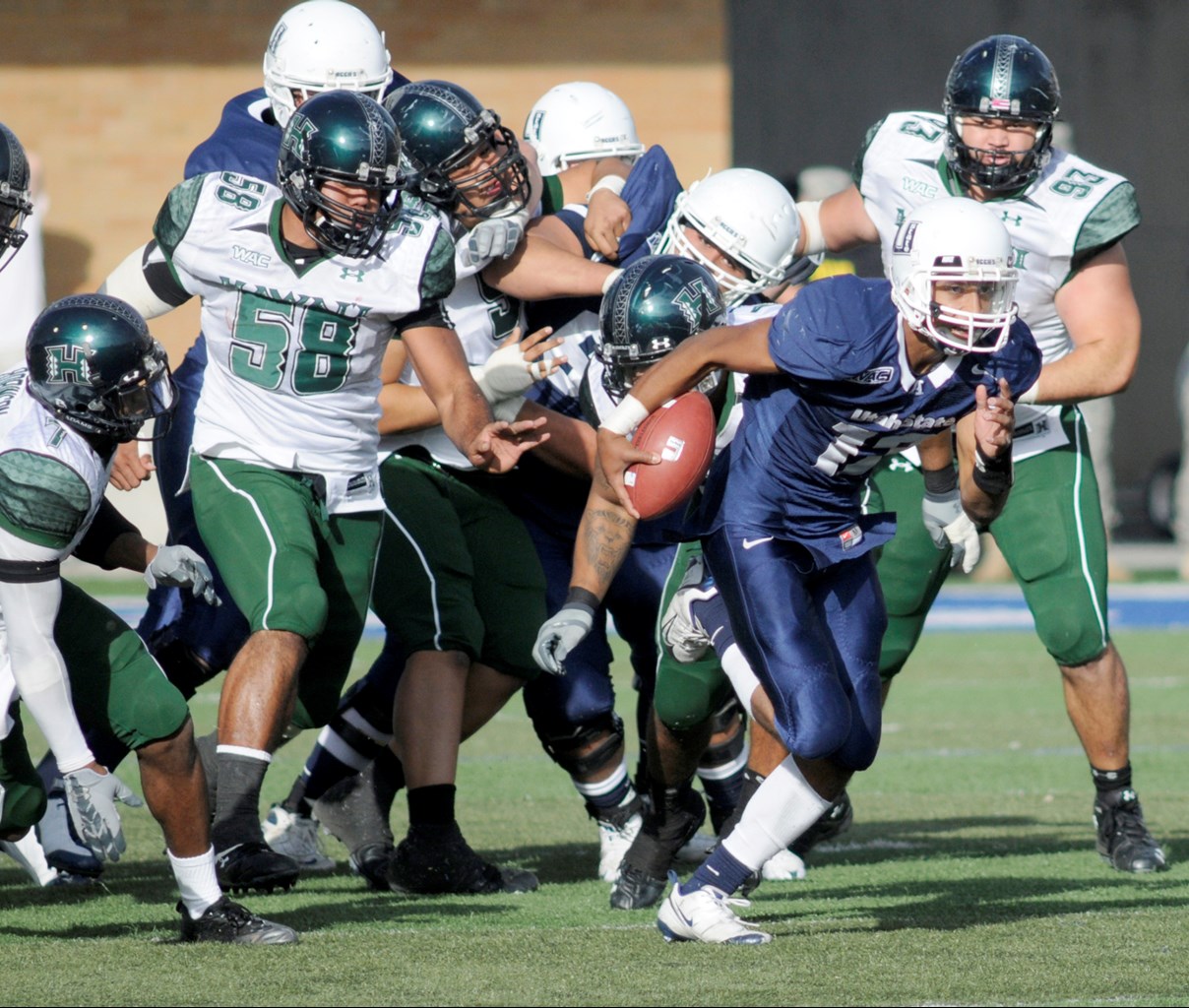 These were the first looks into the UA era as Hawaii opened the 2008 season with this combo on the East Coast against Tim Tebow and the Florida Gators.

At the time, many considered those dark green helmets as one of the best in the country. Looking back at it now, the color being different than the green from the rest of the uni is stark in contrast. But matching colors of the helmet and fabric seems to be a tough ordeal, especially considering it'll appear different depending on the lighting situation and whether it is wet or not. 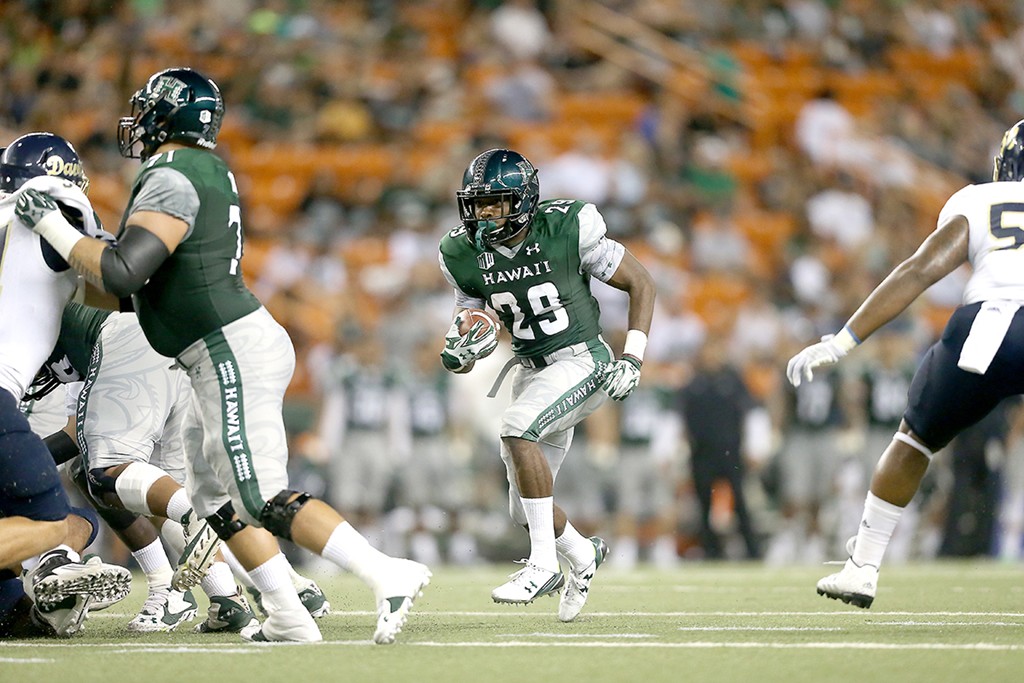 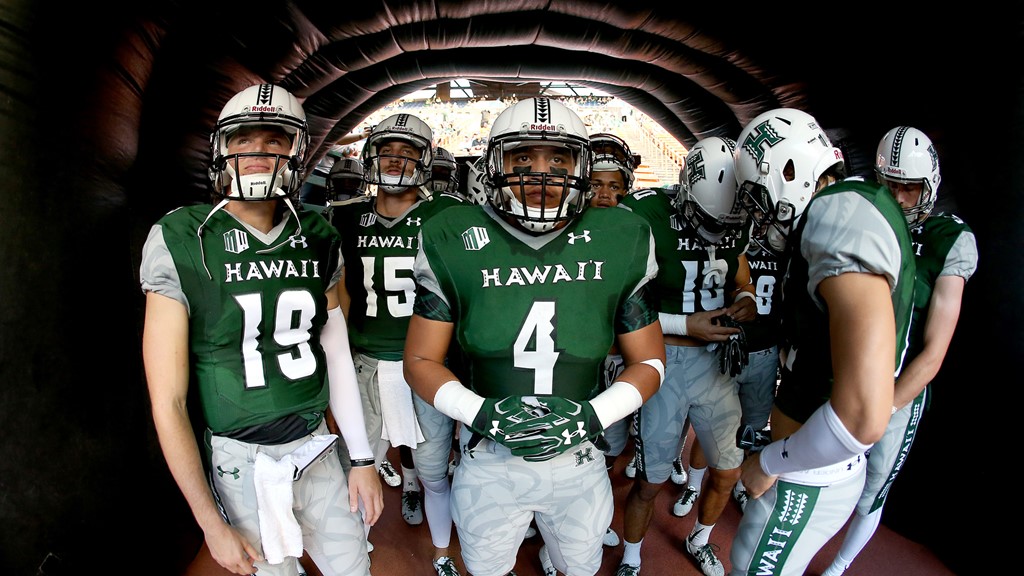 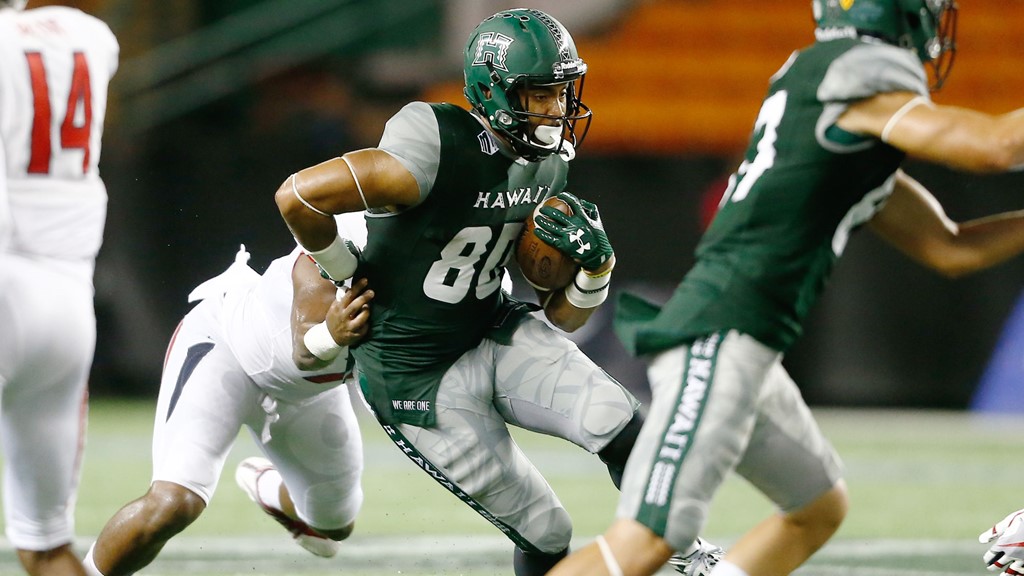 Going gray was an interesting choice. It was the trend at the time, but it just didn't work for Hawaii no matter what color helmet they wore. Shame because the pants had some nice tribal details that UA was always conscious enough to incorporate into many of Hawaii's uniforms. 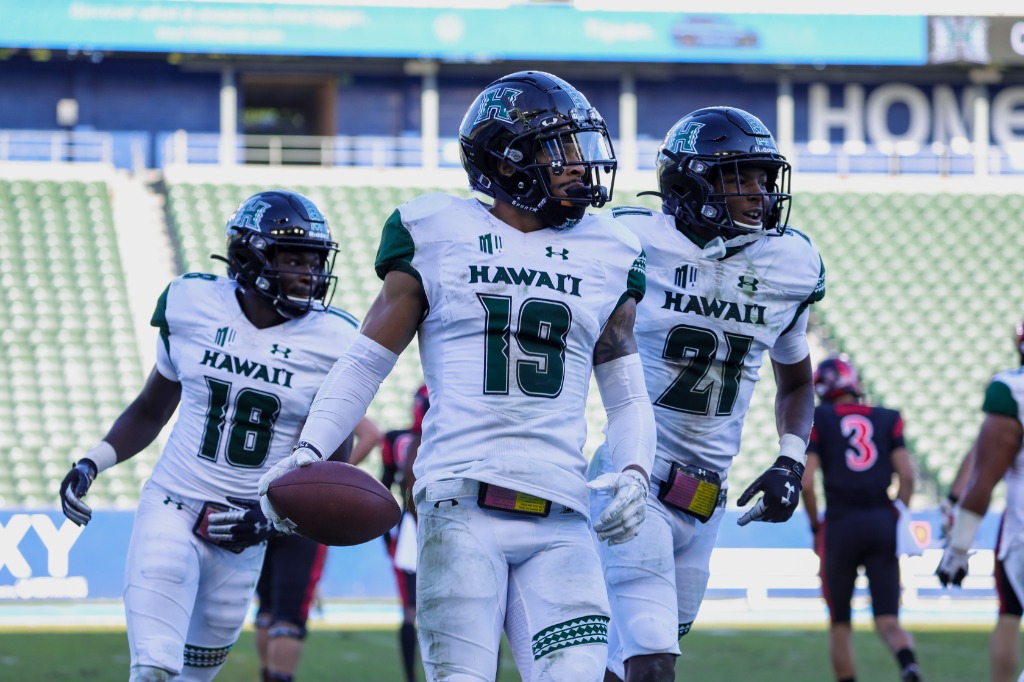 The white pants were only brought out for two total games, and while it matches well with the white tops, the different colored helmet and tapa stripe made it just a bit too clunky. 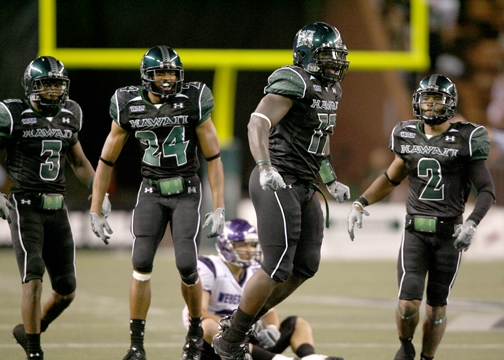 These unis had to follow the fan favorite all-black look from the June Jones era and they look just fine. Perhaps the white piping is a little weird, but it was just fine as a follow-up attempt for UA. 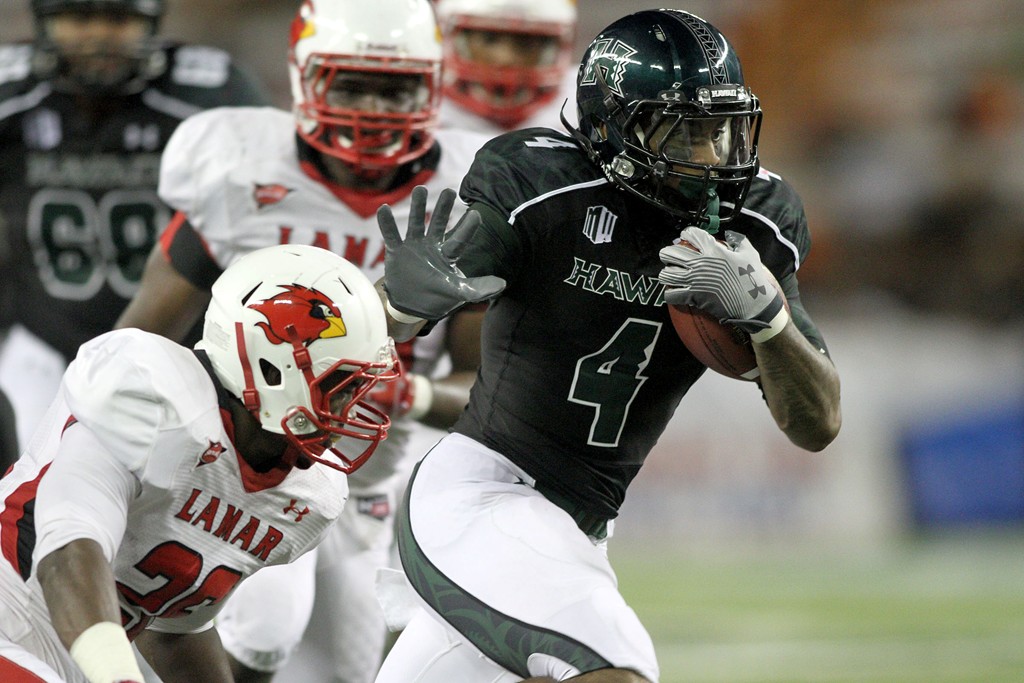 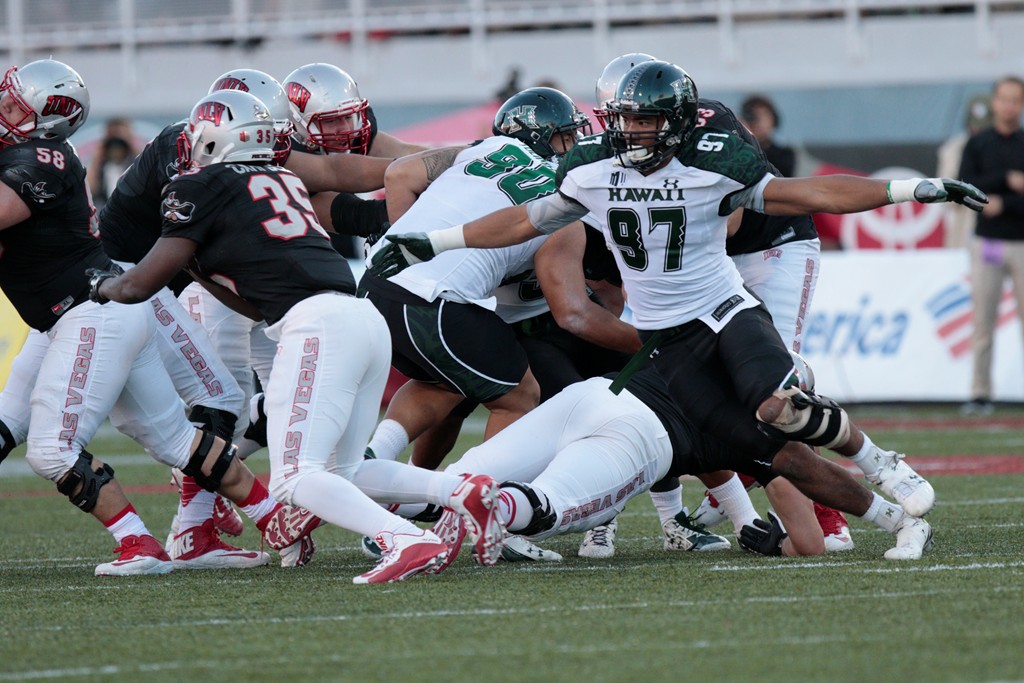 I think these unis aged pretty well and the black tribal accents in the shoulder helped it mesh better with the dark green helmets. But the minor problem is the odd-looking "butt horns" and just the association of being attributed to the Norm Chow era. 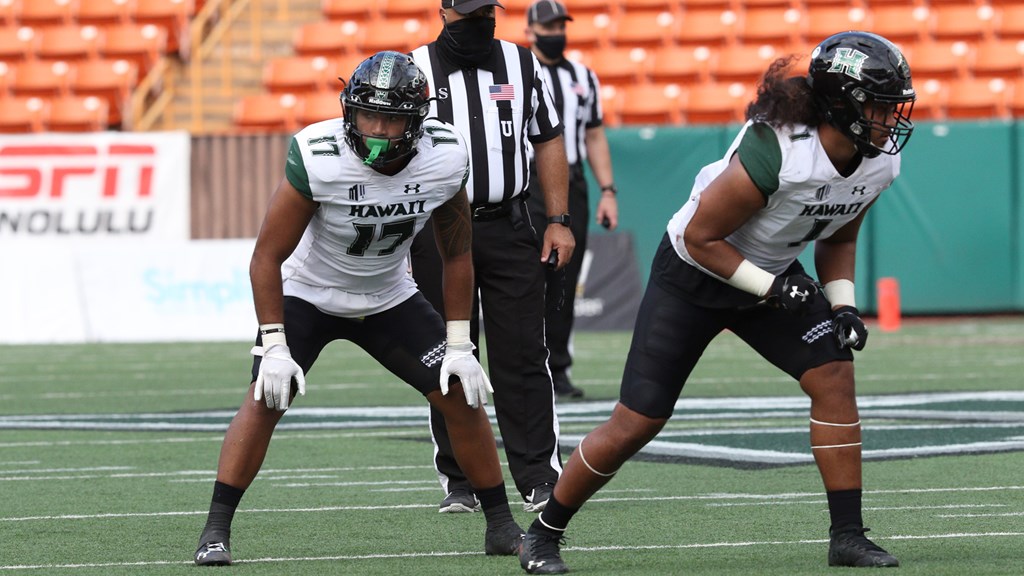 Green (and the rainbow) should be more prominent in Hawaii's color scheme, but black will always be a good choice given the history of the program. Maybe going with black for the outer sleeve could've made this look more solid. 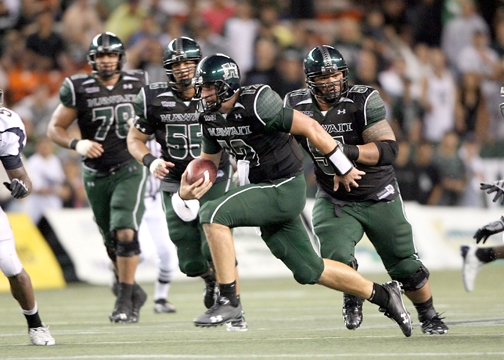 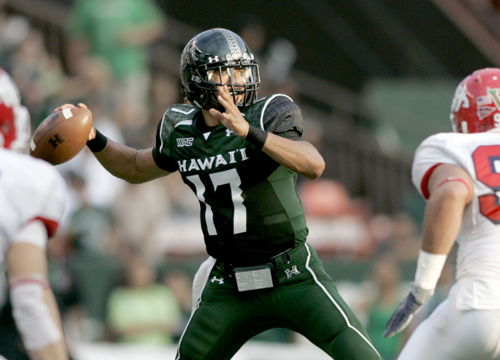 Every element of these unis flow and match well with another part of the uniform. Two problems: (1) Hawaii games were still being broadcast with low-quality SD cameras so the green pants just looked fuzzy and weird. (2) When the green tops got wet/drenched in sweat, it became too dark to match for the all-green look. 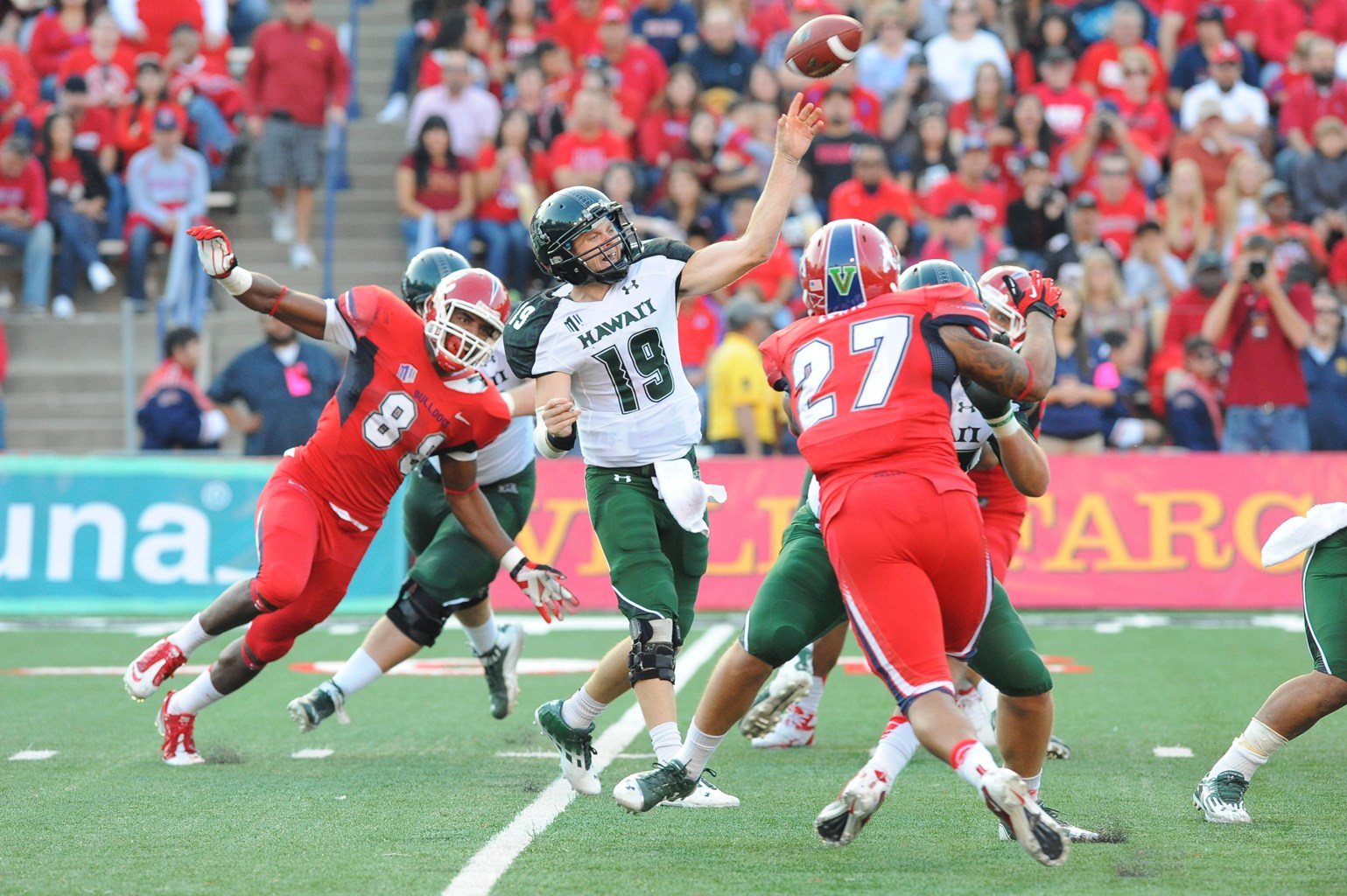 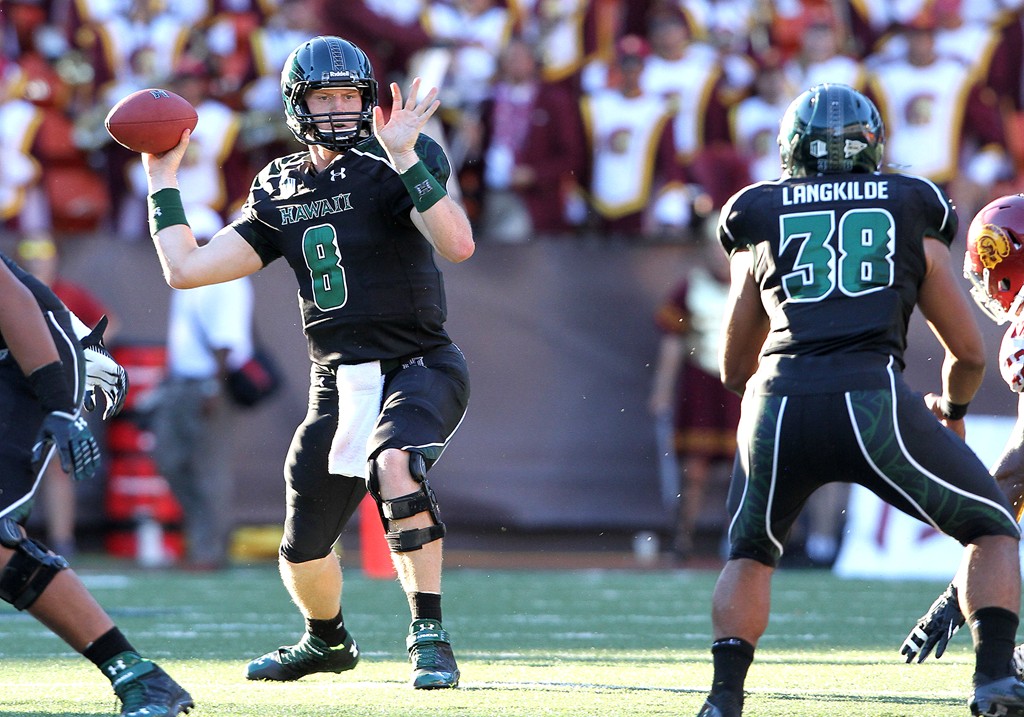 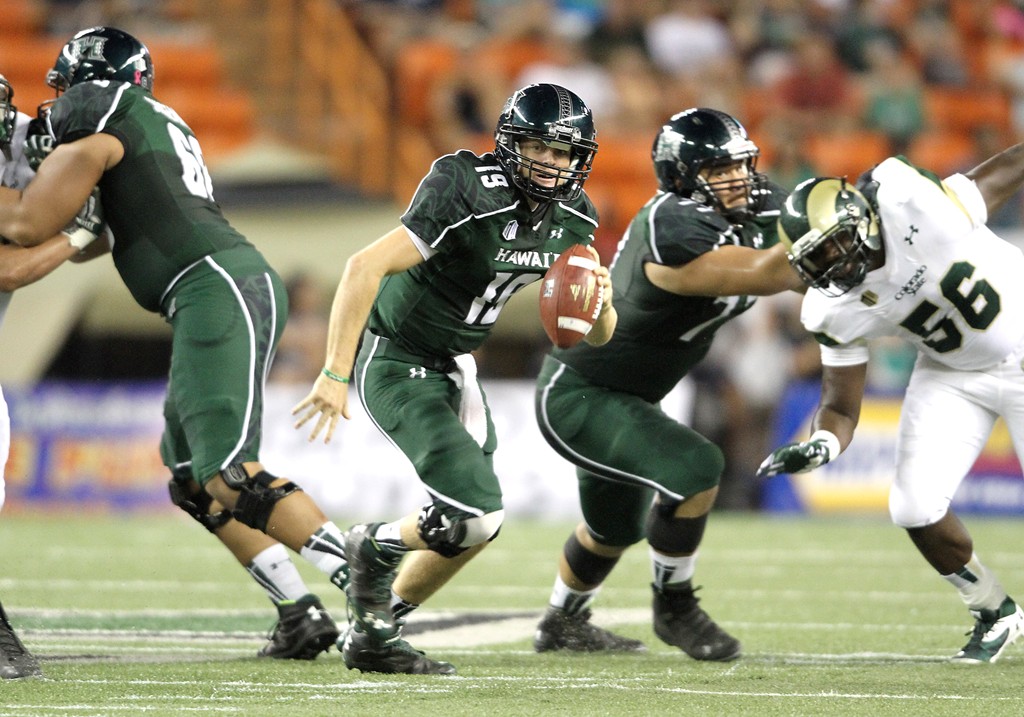 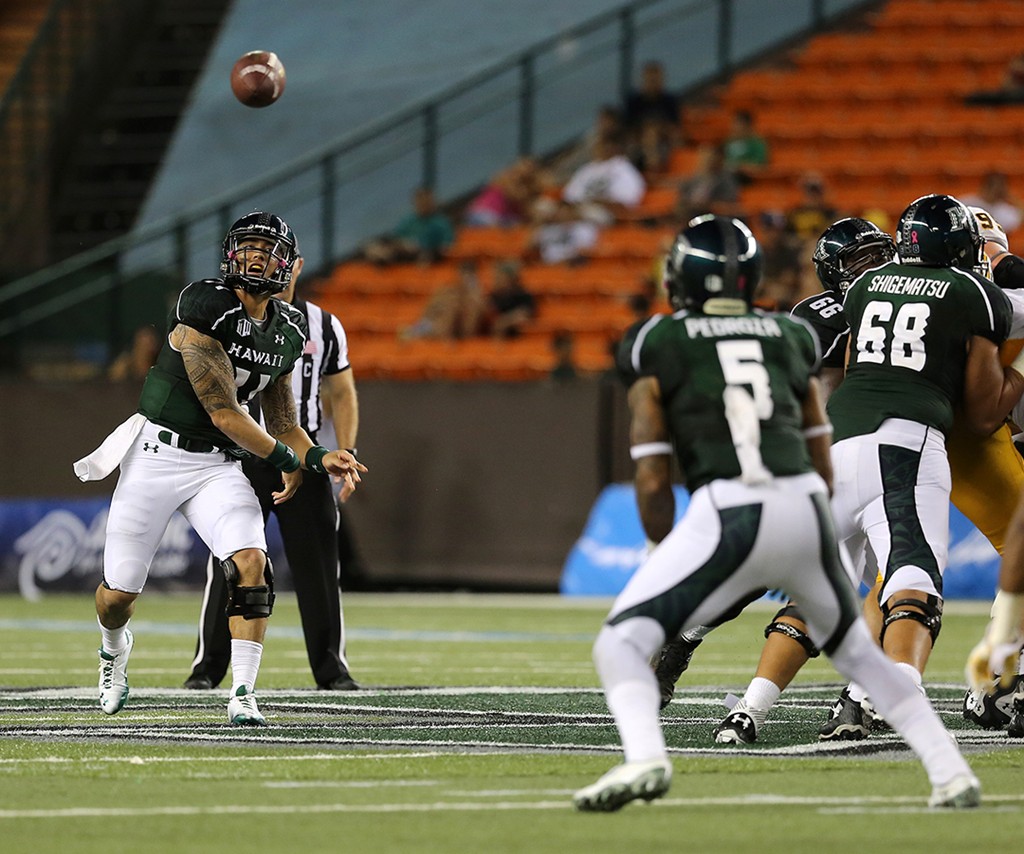 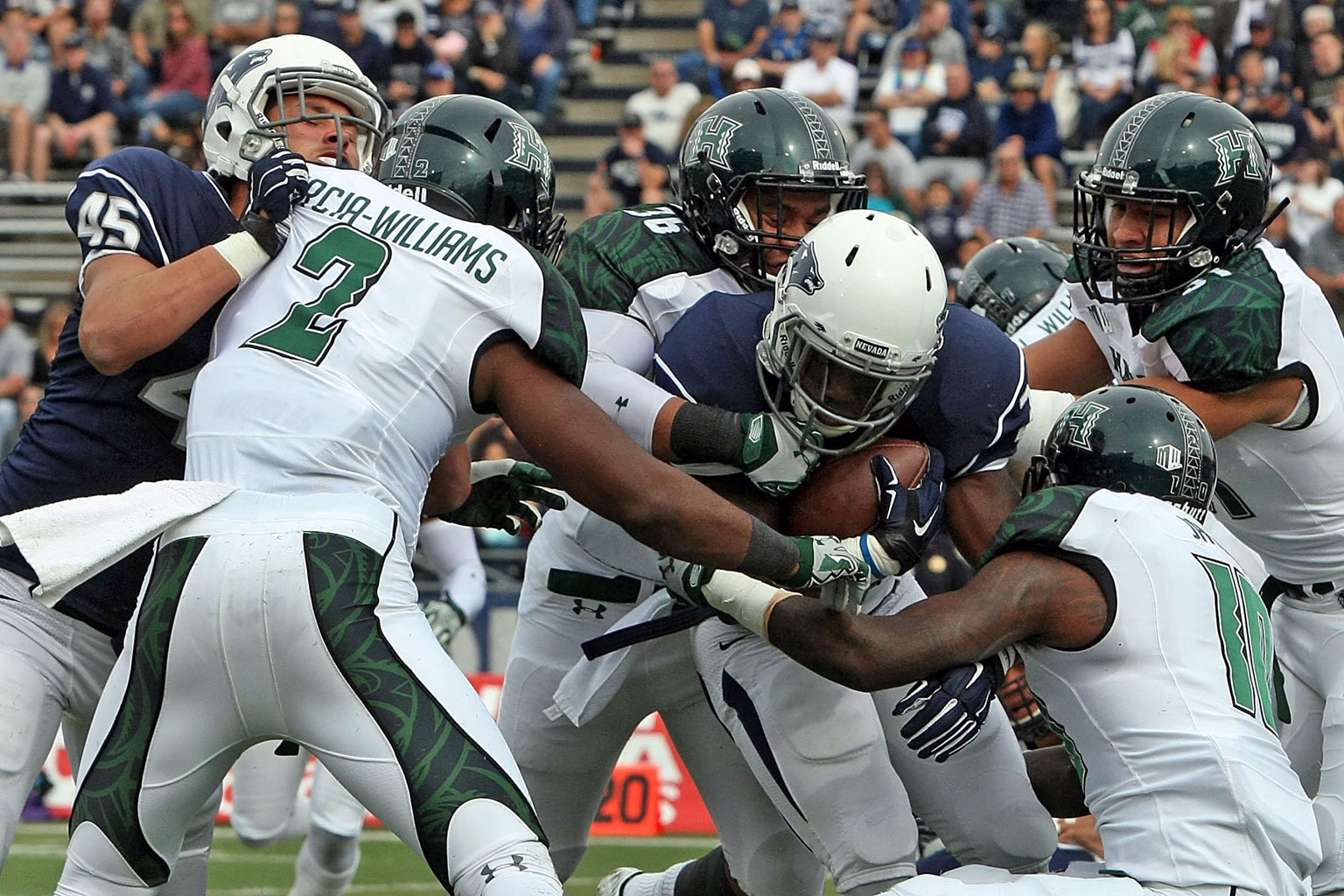 Again, I actually think these look great and the "butt horns" mesh way better with these combo looks. Sadly, these unis will only be associated with Norm Chow. Initially, he removed the last names on the backs of the jerseys. Then the green tops all had "I MUA" (meaning "to move forward" in Hawaiian) placed there before he finally brought the last names back. 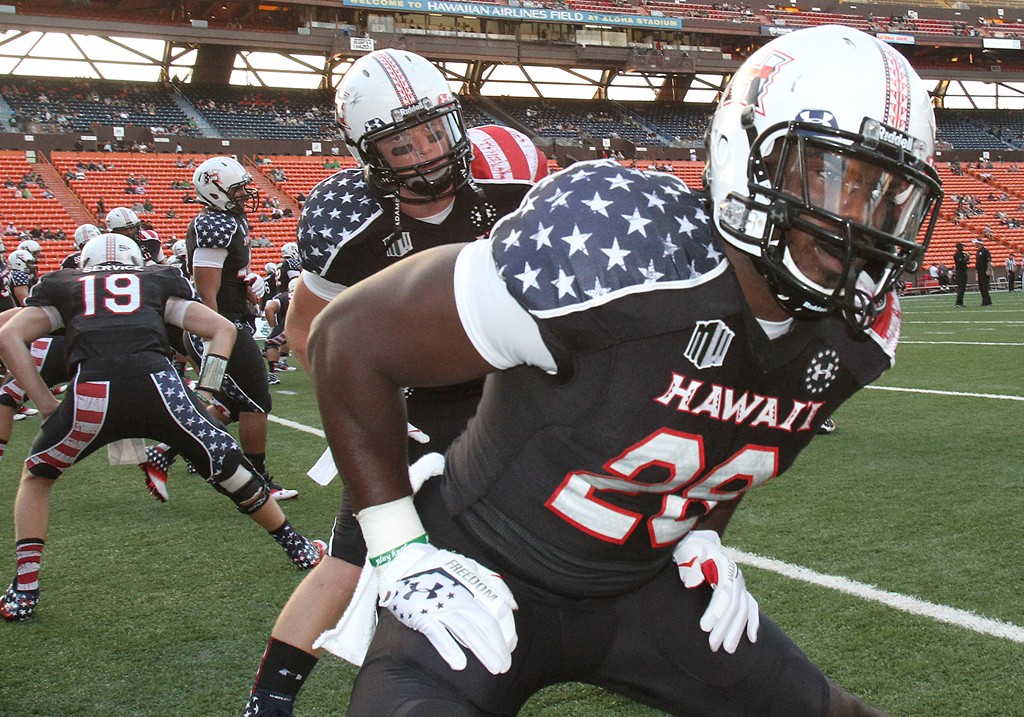 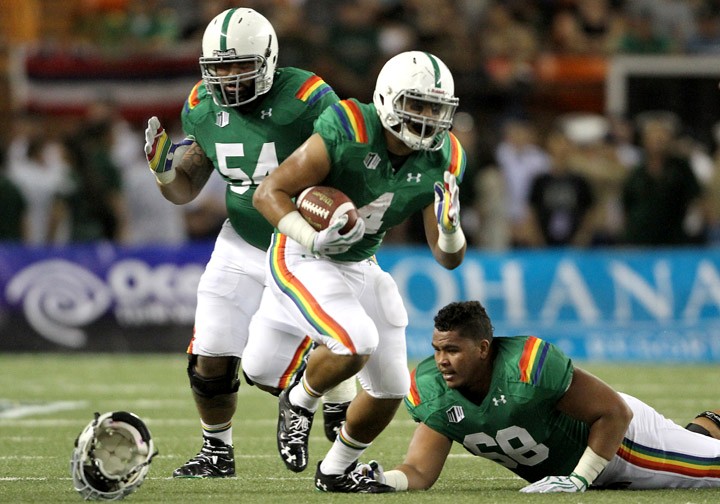 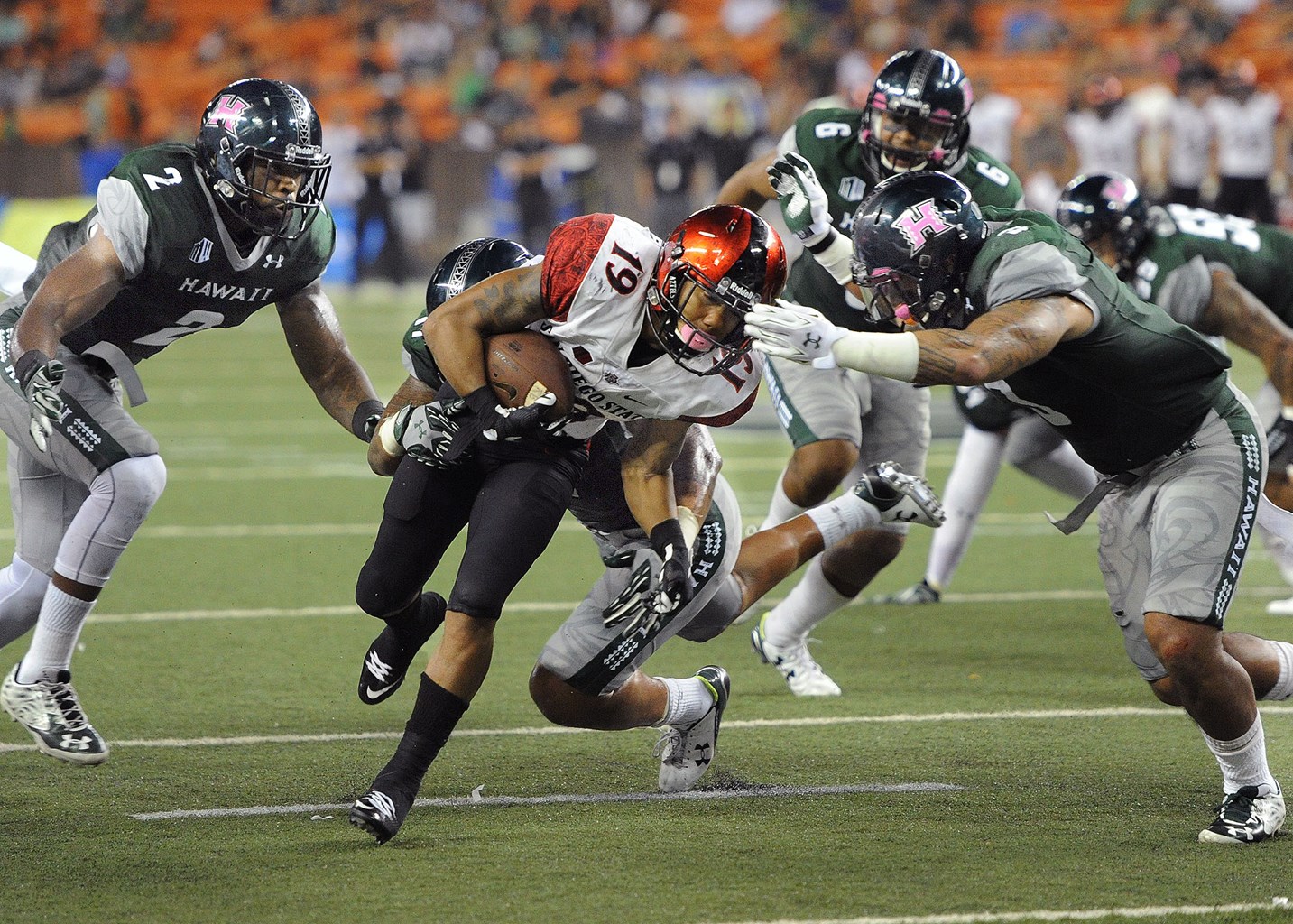 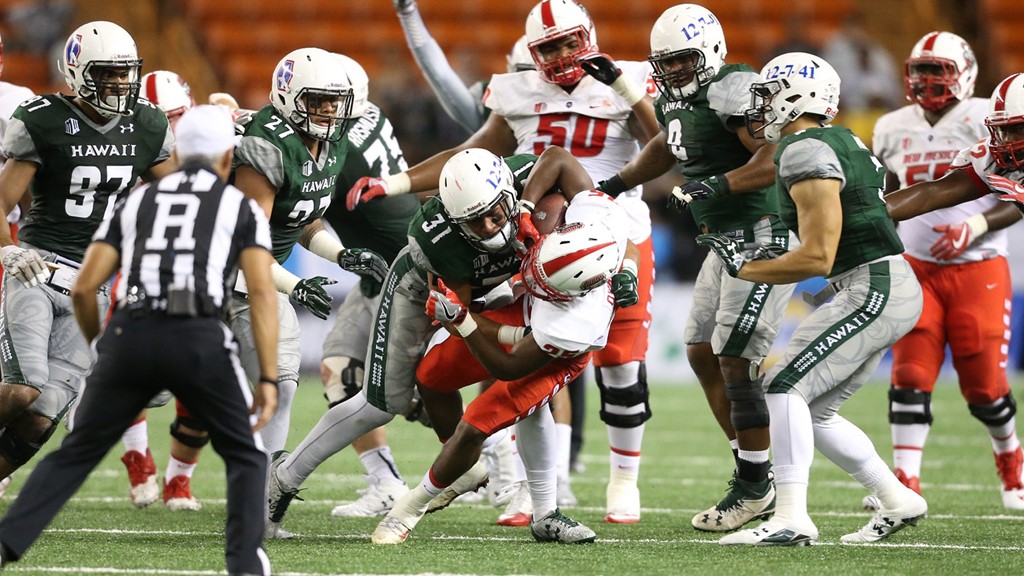 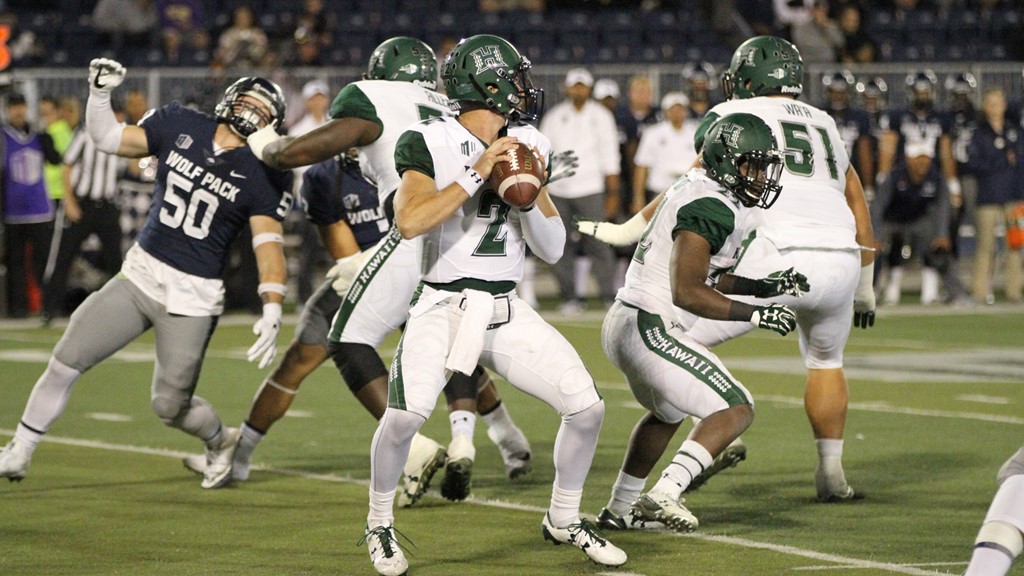