As I'm sure everyone who follows college football has heard by now, Boise State is in an argument with the Mountain West Conference over the new TV deal. 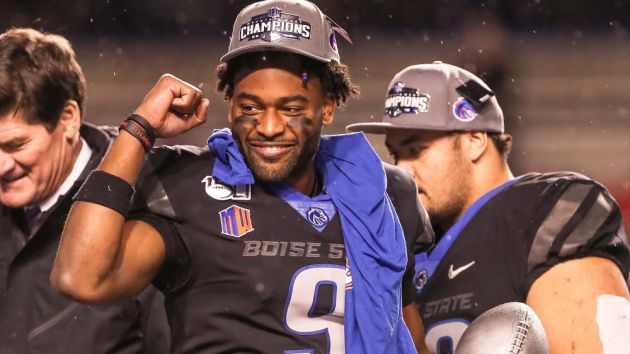 Now at the surface this new TV deal seems to be pretty solid. It will likely more than triple the tv payout for MOST of the schools. I emphasize most because it doesn't even fully double Boise's payout. Why? Boise's sweetheart deal (which per the contract is permanent and can't be changed by other members or the commissioner of the conference) gives them an additional $1.8 million over the base TV payout the rest of the conference receives which sounds like a nice perk, but now that the TV revenue has tripled, primarily due to BSU's presence in the conference (confirmed by commissioner Thompson), Boise feels that it is only fair that their $1.8 million bonus go up as well. Meanwhile the rest of the conference is trying to breach the contract and eliminate the bonus money all together and Commissioner Thompson is doing nothing to stop them. This doesn't sit well with the premier team in the league. So Boise has filed a legal complaint which could easily turn into a full blown lawsuit and legal battle. Boise has also stated that they are "weighing their options". could this mean a departure from the league? I personally hope so and here is why:

The Mountain West really doesn't bring anything to the table for Boise State. BSU is carrying the league on their shoulders.

3. The MWC won't give BSU the recognition they deserve and earn.

4. The MWC is not respected in the national spotlight.

The way I see it, The Broncos have 4 options:
1. Stay in the MWC
2. Bolt for the AAC with SDSU and Air Force
3. Go Independent
4. Form a new conference
Either it may be time for Boise State to bolt.
What are your thoughts? Let me know in the comments.