The big question for Colorado State's initial depth chart is who will start at running back.

Mountain West media days is the time to release good news and depth charts get fans all excited to see who will star where. The elephant-sized question for the Colorado State Rams is will they have a quality running back. They lost Kapri Bibbs early to the NFL, Donnell Alexander transferred to Akron and Chris Nwoke exhausted his eligibility.

In the Rams depth chart the starting running back is listed is either Jason Oden or Bryce Peters. Oden is a junior college transfer from East Buffalo while Peters is a redshirt freshman out of Houston, Texas.

That is the only position that is up for grabs at the moment, but things can change once fall camp comes around. 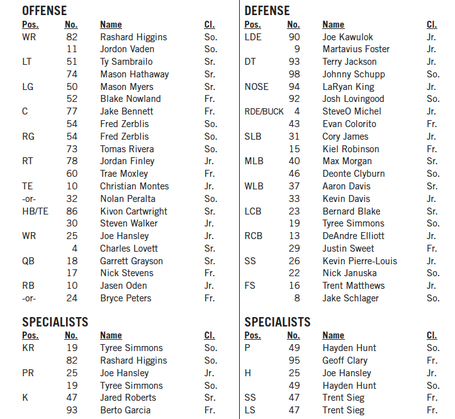