The Air Force Falcons released their initial depth chart for Mountain West media days, and there are some significant changes for its defensive unit. The Falcons are without linebackers Justin Alabi, Reggie Barnes, Jared Jones and Steven Sumpte.

The quarterback situation is also very interesting for Air Force as they had to play multiple last year due to injuries and players leaving the program. The projected starter is Nate Romine with Karson Roberts as the backup. Last year, Romine was the better passer over Roberts while the rushing between the two was comparable. The passing ability is what is making the difference for Romine to be the Week 1 one starter, but Roberts better be ready to play if the quarterback situation resembles anything like last season.

Here is the Falcons depth chart: 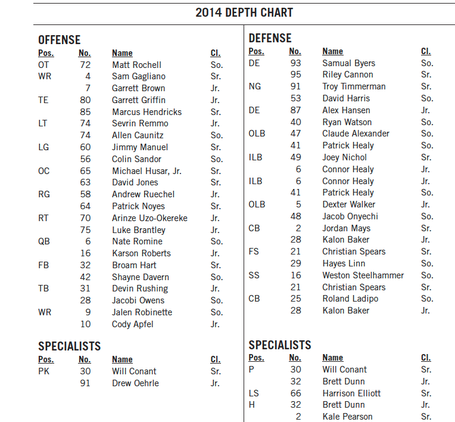