Defensive end Patrick Choudja decided to announce his intention to commit to Nevada in a very creative way.

The creative way to announce where a high school kid is going to attend college has gotten stale. The traditional thing is to have three or so hats and then do a fake out, LAME.

In the past few years some have gotten creative. Just look at former five-star safety Jamal Adams who used his niece to help him commit to LSU.

Then there is former Georgia running back Isaiah Crowell who used an actual bulldog to commit to Georgia. 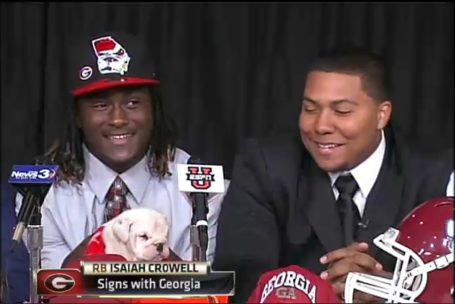 Fast forward to 2014 and there are just two options (maybe I missed something because today has been crazy). First comes from the Pac-12 in Stanford Cardinal in five-star defensive Solomon Thomas who committed to Stanford using a tree and some wide rimmed glasses with tape down the nose. 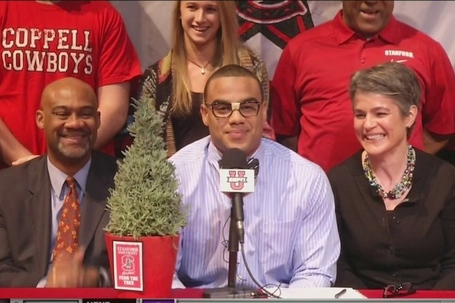 The others option is three-star Nevada defensive end Patrick Choudja who took to his hair to make his announcement to pick Nevada. The hair cut even cost him to be late to his own announcement.

Nevada commit @PatChoudja_89 has the potential for best of signing day with this custom hair cut pic.twitter.com/yJPGbMt7hv

So, who won the signing day announcement? Or maybe I missed something, but my vote goes to anyone who physically does something. Maybe not tattoos since there is always the risk of a transfer down the road.