San Jose Spartan Wide Receiver Noel Grigsby is out indefinitely due to a knee injury.

The leading wide receiver from last year for the Spartans has suffered some sort of knee injury and may be out for the season, according to Jimmy Durkin. Noel Grigsby was a major part of the San Jose offense and David Fales' favorite target. He had 82 receptions for 1307 yards last year, averaging 15.9 a reception!  Needless to say, him being out with injury is a great loss for the Spartan team. He may be eligible for a medical redshirt. 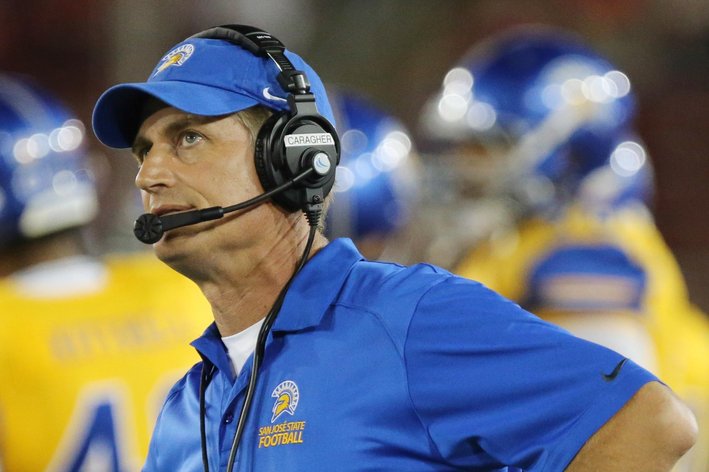 Can the Spartans get a road win over a B1G team?

The silver lining to the cloud is that San Jose State is very deep at wide receiver. Jabari Carr, Chandler Jones and Kyle Nunn all return from last year, all of them being very productive receivers. There are quite a few freshman wide receivers that now may be asked to step up. Tyler Winston looked very good in practice, and at the last scrimmage before the season began he was making some great catches down field. Daniel Bradbury, a sophomore, could also see more playing time. He is another receiver that was impressing many at the team scrimmages.

Another silver lining is that if he plays next season, whoever starts at quarterback will have some guaranteed production. Blake Jurich and Joe Gray also have shown a proclivity to throw deep passes to Noel Grigsby and if either of them start there will already be a familiarity in place. If another quarterback ends up starting in 2014, then Noel Grigsby will make something happen to whatever is thrown at him. He fights for the ball and makes impossible grabs and he is so good and... ARRRRRRRRRRGH!!!