Making the rounds is your (sometimes) daily look around the Mountain West, and other places.

Share All sharing options for: Making the rounds: Mountain West news and notes

Making the rounds is back up and running. So if you find any items you feel the site should be aware of send them along to @MWCConnection.

Ranking College Football's Conferences for 2013 | AthlonSports.com
Mountain West comes in as the No. 6 ranked league.

The Warrior Beat | QB or not QB; LB won’t play for UH | staradvertiser.com
Hawaii is possibly looking to add a walk-on to be the scout team quarterback.

PHOTO: Auburn SID prints game notes for his wedding - CBSSports.com
Auburn assistant sports information director Wes Todd decided that instead of a typical wedding program, he'd do what SIDs do best for his wedding: he printed up some game notes. 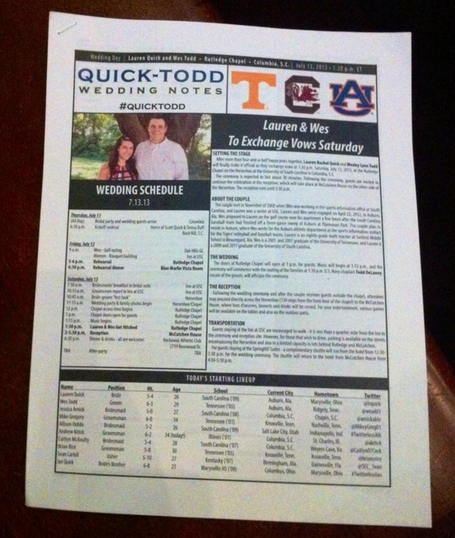 The NCAA Football 14 megasim: Simulating 2013 10 times over - SBNation.com
One 2013 season? No. We've run through the year 10 times. Spoiler: Alabama is good, and Ohio State has a lot of trophies. Boise State makes title game, twice.