The 2013 NBA Draft is a mere 11 days away, and now is a good time to take a look at some of the mock drafts out there to see where Mountain West teams will land.

The 2013 NBA Draft is fast approaching on June 27, and it is now a time to take a look at the latest mock drafts. Most of the teams have gone through their individual or group workouts to see who fits a teams system.

From the look of things, the Mountain West should get four players drafted: UNLV's Anthony Bennett, New Mexico's Tony Snell, San Diego State's Jamaal Franklin and Colorado State's Colton Iverson. Iverson and Snell have made late pushes to be in consideration to be drafted, and some mocks predict Snell to be a possible first round pick. 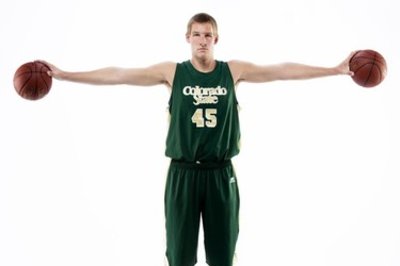 How may players will MWC have drafted?

SB Nation's latest mock draft is a first-round and includes a pair of Mountain West players:

Obviously, Bennett is up first and he goes in the top-five, but to a very bad team.

Bennett is the best scorer in the draft and he's 6'8 and 240 pounds. He's a definite mismatch problem at the next level.

(No. 1 on SB Nation Big Board | Scouting Report)

The second is Franklin, and he could become a key figure in a few years to help get the Pacers over the hump in the Eastern Conference.

Franklin is a jack-of-all-trades wing player from San Diego State with a questionable jump shot. Sound familiar in Indiana?

While SB Nation's mock draft goes just to the first round, they do have Iverson and Snell in their Big Board of 72 players. Snell comes in at No. 48 and Iverson is a bit lower at No. 65.

Up next is CBSSports.com latest mock draft by Gary Parrish, and he goes two rounds with three Mountain West players in the first round another in the fourth.

Bennett is once again at the tops and goes with the sixth pick:

Anthony Bennett, PF, UNLV: Yes, I know, New Orleans already has a power forward named Anthony Davis. But New Orleans can't pass on Bennett here. He has too much upside to ignore. Just draft him and figure it out later. (Previous: 6)

Snell makes a big jump into the first round:

Tony Snell, SG, New Mexico: Snell is a long and intriguing prospect who can shoot. And, as mentioned earlier, Minnesota needs shooters. (Previous: 37)

Franklin follows Snell, and could be heading to Texas to join a former Aztec teammate:

Jamaal Franklin, SG, San Diego State: Is there any doubt Franklin would go to San Antonio, somehow develop a jump shot and be a rotation player for a 58-win team? (Previous: 28)

Finally up is Iverson who could be heading out East:

Colton Iverson, C, Colorado State: The Wizards could use a big that doesn't cost $13 million per year. (Previous: 54)

Pretty impressive for the Mountain West to be projected at three teams in the first round.

DraftExpress goes quick and easy with their latest mock draft:

6. New Orleans Pelicans The 2013 NBA Draft is a mere 11 days away, and now is a good time to take a look at some of the mock drafts out there to see where Mountain West teams will land.select Anthony Bennett
21. Utah Jazz select Jamaal Franklin
31. Cleveland Cavaliers select Tony Snell
44. Dallas Mavericks select Colton Iverson

NBADraft.net also has three Mountain West players in the first round, and four overall: