Our shop is open for business, and we have 13 cool designs (14 shirts total) for your shopping pleasure.

The Mountain West Connection shop is open for business! However, with 14 designs, how do we know where to start? Let's go through them together: shall we? 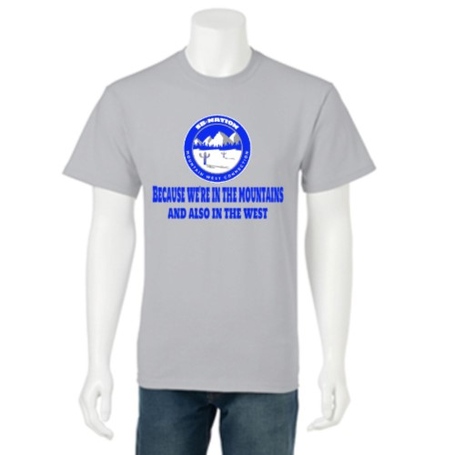 Whether you're a f****** flyboy, or a upstanding, good, ethical cadet of the United States Air Force Academy, this Mountain West Connection shirt is for you. With the blog logo in blue, white and silver, and the slogan "Because we're in the mountains, and also in the West," this shirt is a perfect addition to your gameday collection. 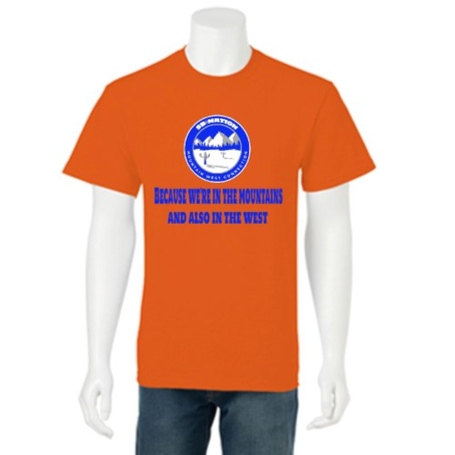 GO! ORANGE! GO BIG BLUE! FIGHT! FIGHT! BSU! The schools fight song puts orange first, so we put orange as the primary color in our shirt. Let's face it, at least when I was in undergrad, orange was the tough color to buy for orange-outs at the games, so this shirt fixes that problem. Plus, you know you're supporting your favorite Mountain West website. Now why wouldn't you want that? 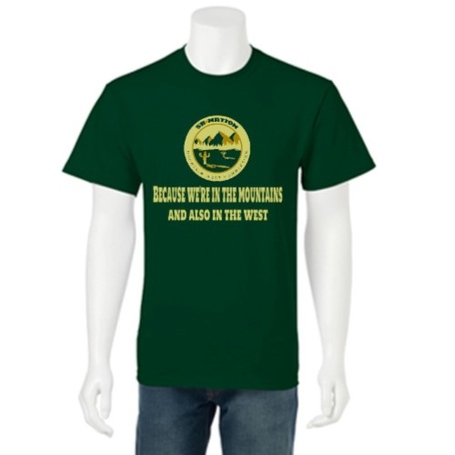 Any Colorado State fan can be proud of this shirt. Not only is there one, but two tones of gold showcasing the Rams proud uniform history in one shirt. There's just no orange, because that would be weird looking with actual gold... 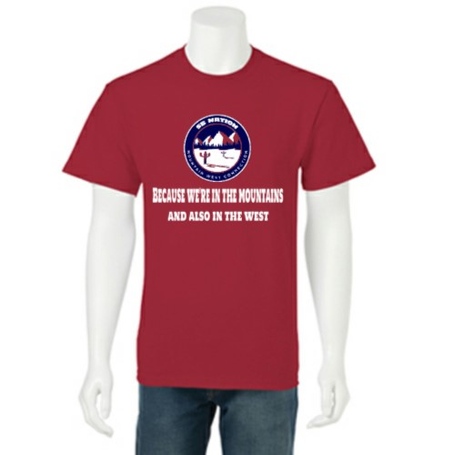 This shirt is a sure fit for Fresno State supporters in the Dog Pound. With Cardinal being the base color for this shirt (THE ACTUAL SHADE OF RED BULLDOG FANS! NEVER FORGET IT), this shirt is a must have for the family member who comes to the games with you and doesn't have appropriate gameday wear. 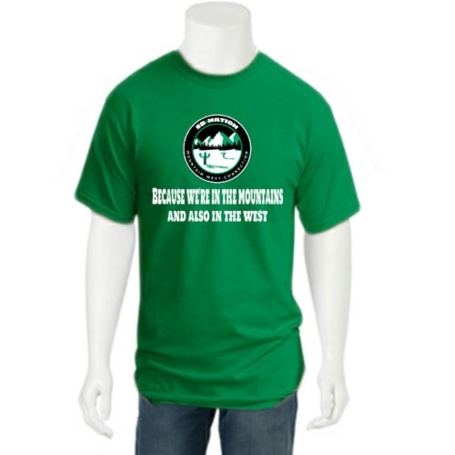 DISCLAIMER: I actively tried to make a rainbow logo with a green shirt to make this retro, it didn't work out.

Say Aloha to style with your Mountain West Connection Hawaii shirt. The Warriors are the furthest west of all the schools and also have their own mountains. This shirt is perfect for hiking up Mauna Kea, chilling in Waikiki or better yet: making your own skewers in the parking lot of Aloha Stadium. 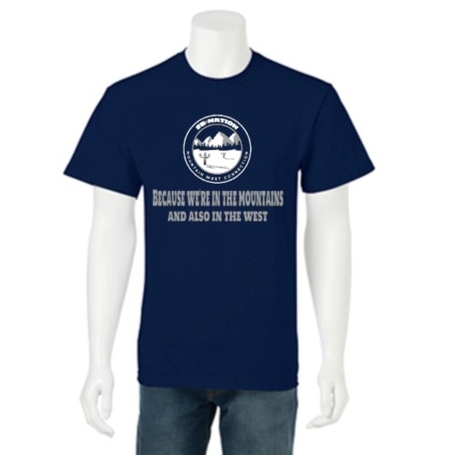 A pack always needs a leader. A leader needs to show he's one. Why not get this shirt to be a leader among Wolfpack fans? Show those rival fans up north who's more a true fan, and those "rival" fans down south why you're the superior school. 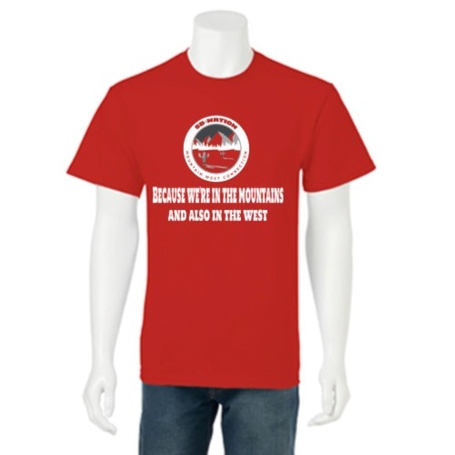 Steve Alford may have left, but you as a fan will always be true to your team no matter how dismal it seems. With FOOTBAW BAWB leading the Lobos on the gridiron, New Mexico fans need a way to show their loyalty to their favorite blog and our favorite coach!
MWC SAN DIEGO STATE SHIRT: 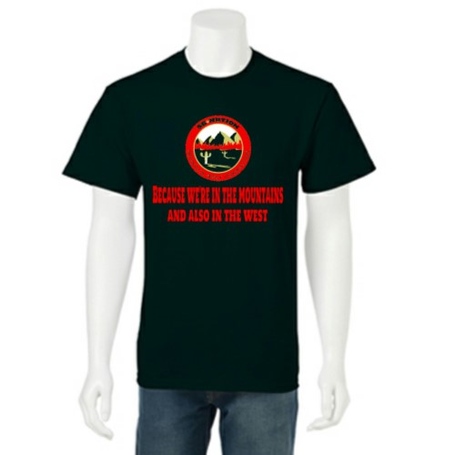 Show your support for Rocky Long U by picking up this shirt and jumping in The Show! Whether you're causing chaos in Viejas Arena, screaming at the Q, or just eating fish tacos somewhere, make sure you're wearing this shirt to support the colors of the best college team in Southern California. 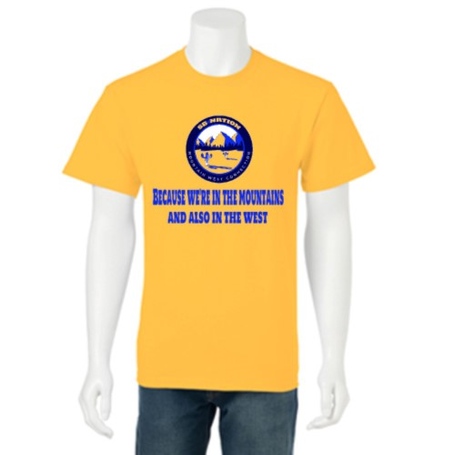 Spartan fans, you're in the Mountain West now, so why not get a little something to make it official? Wear this around and show it off to your Stanford and Cal friends. When they start laughing at you, feel free to kick them in the Spartan Pit of Death.*

*Pit of Death only valid in Ancient Sparta. Please do not make a Pit of Death. 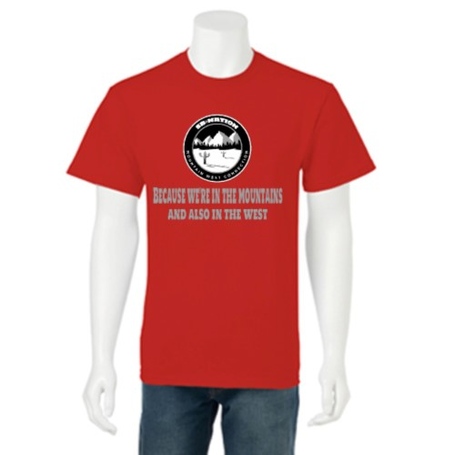 Work with the odds that I give you during the football season, and show off your stylish Mountain West Connection UNLV shirt with it. Good for parties, gameday or floating down a flooded parking lot. 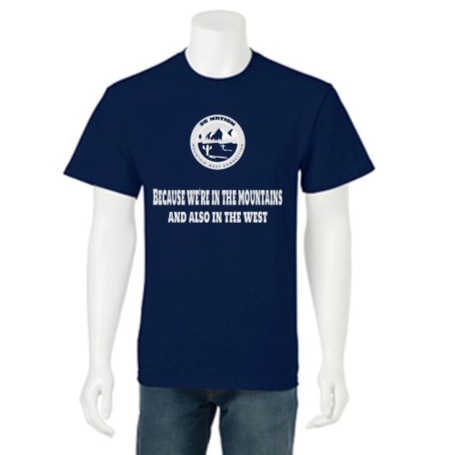 Aggie fans can say it all to BYU and Utah fans with this shirt: "We've moved on to better places while you're stuck with high expectations and hopes but low results." Utah State alumni can take pride in this shirt, as they have a blog who covers them and named them the site's favorite team (due to some clever hacking, but they may have won nonetheless). 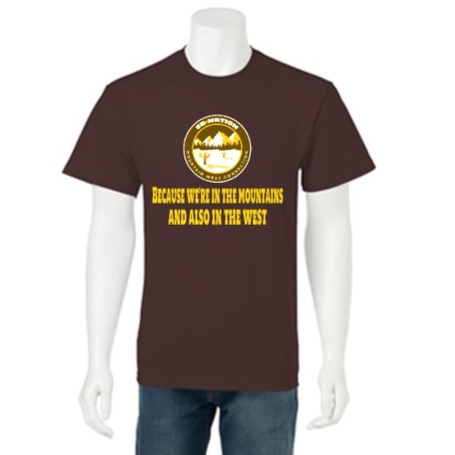 Before there was Cowboy Altitude, there was Mountain West Connection. For you Pokes who still read us, we appreciate it, and therefore, this shirt is for you. Just don't let Dave Christensen see it...he might call you out for not staying true to a Wyoming-centric blog. 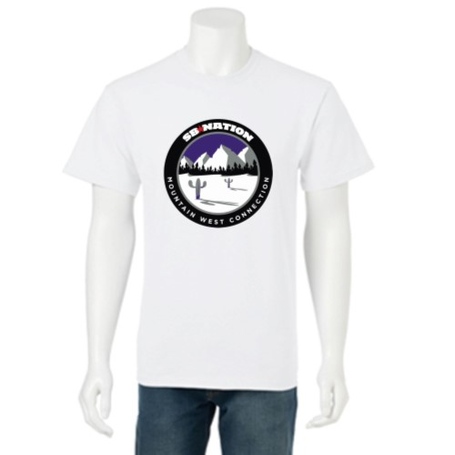 This shirt screams, "I DON'T HAVE A FAVORITE MWC TEAM, I JUST LOVE THIS BLOG!" This was the original design of our t-shirt, so you can act like a hipster toward your other friends who have school specific shirts (i.e. "I had the shirt before they had the other designs"). 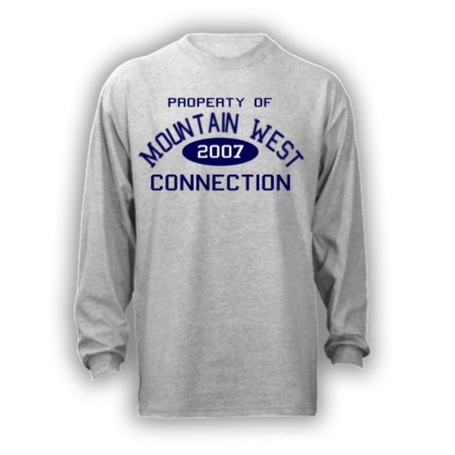 Is this the ONLY blog you ever read? Are you a die-hard Mountain West Connection member? Have you been reading since the blog's beginning in 2007? This shirt is for you. Perfect for those chilly Saturdays in the fall where you're watching football for 12 straight hours and you're too cheap to turn on the heater.

"This is awesome! But where do I find these shirts?"

Simple, just click the store link at the top of the website, and it will take you to our Gameday Depot store: 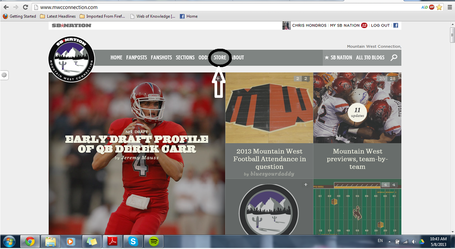 So get out there and shop!