Did you know that Minnesota has won seven football national titles, me neither.

When the UNLV Rebels open the season against the Minnesota Golden Gophers on Thursday Aug. 29, did anyone know that they will be taking on a team that has won seven national titles, and three consecutive.

That is right, Minnesota has won seven national titles -- none since 1960 -- and the other six prior to World War II. The Gophers are promoting those national titles as well as 18 Big Ten titles they won, their last Big Ten title was earned almost 50 years ago in 1967.

Here is the proof and a closer look: 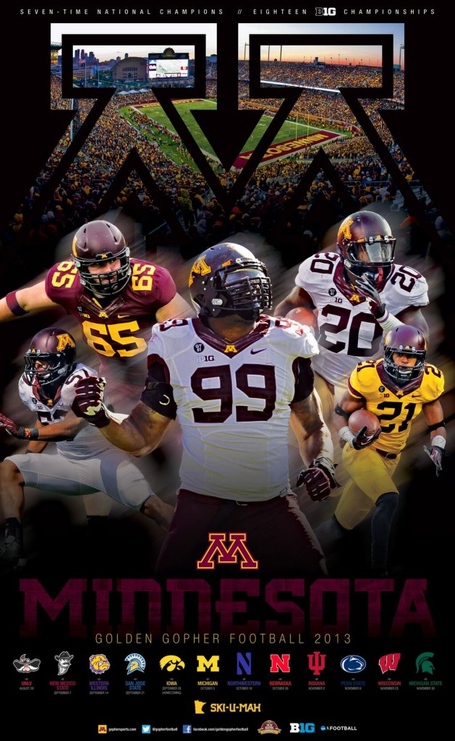 There is no problem for a school which has won multiple national and league titles and brag about it on their media guide. However, Minnesota is making a bold move by highlighting achievements on their media guide cover that took place back in the 1960s.

Regarding national title boasting I agree with Kevin McGuire over at No Two Minute Warning who says that national titles have bragging rights for 25 years, and referencing them beyond that timeframe is just ridiculous.

/Takes nearest object and tosses at some BYU fans.

So, UNLV better gear up and bring their A++++ plus game when they roll into TCF Bank Stadium to take on a vaunted Minnesota team who is approaching double-digit national titles.