The San Diego St. Aztecs have a new logo as well as new uniforms on Thursday afternoon, and the change is underwhelming, to say the least.

Here is the new logo: 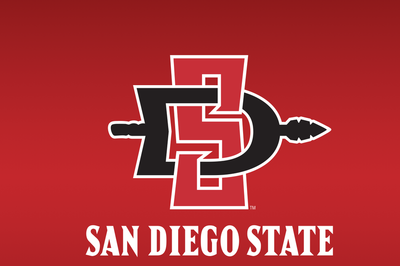 For comparison sakes, here is their old logo: 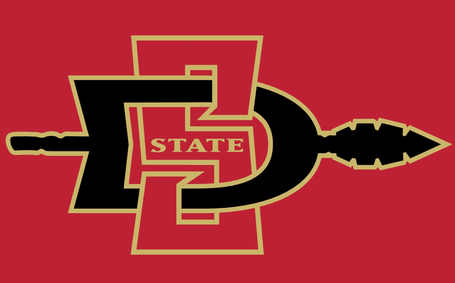 So, yeah there is not that much of a different, the new one does look more sharp by ditching that gold outline.

The one said part about all of this is that it took 13 months and cost just under $40,000 to come up with the new logo and uniform design. Could be considered a waste of money, why not have some graphics art design class to come up with this somewhat new look.

Here is a Eric Pinkins and Bryce Quigley posing in the new uniforms: 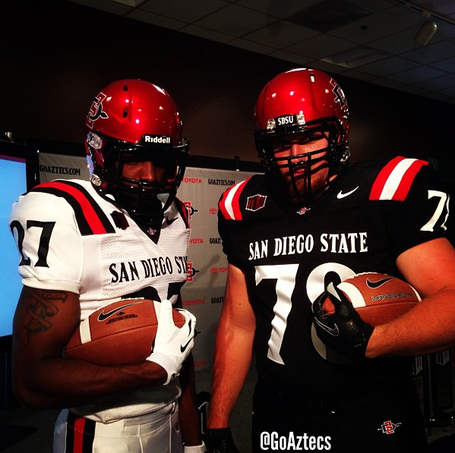 Then there is this close up look of the logo of the women's volley ball and soccer uniform with SDSU on the front instead of San Diego State across the chest: this photo and more are available on the Facebook page of the athletic department: 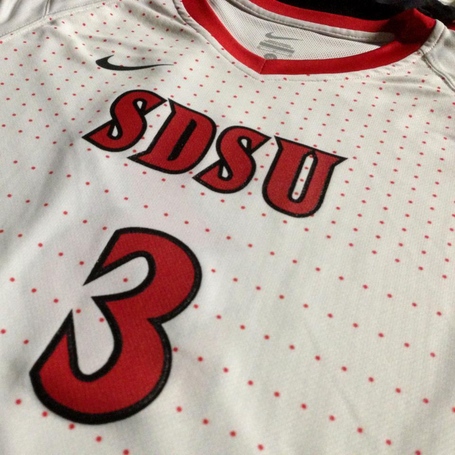 The basketball uniforms have not been revealed yet that they are still in the developmental state, but it seems likely it will be similar to this one above.

Here is a video of the uniform release for the various sports: