San Diego State had players visit the campus for an invite-only camp this past week, and the Aztecs came away with three verbal commits to their 2014 class -- bringing their total to five.

One of those commits is Inside linebacker Cameron Griffin (View Park Continuation/Los Angeles) is 6-foot-3, 215 pounds and made his verbal pledge on May 13. He chose San Diego State over his other offer of Fresno State. He did have interest coming from Boise State, Washington and Washington State. As of now. Griffin is not yet rated by the recruiting services, but that should change once he begins his senior season in a few months. 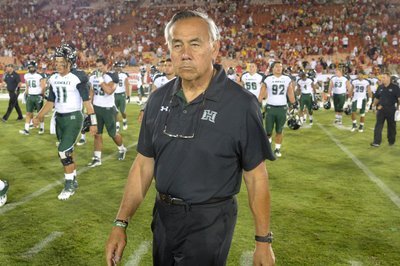 See what school has landed 2014 recruits.

Heading into his visit, Griffin already thought about committing to San Diego State. However, he wanted to check out what they offer on the academic sides of things. Griffin has a 3.7 GPA and plans on being a mechanical engineer major. Once he took a look at the academics San Diego State offers he wanted to discuss with some friends about the school, so he left without making a decision.

San Diego State did offer Griffin before any other school when cornerbacks coach Tony White saw his athleticism. The decision to attended San Diego State came when Griffin was introduced to the 3-3-5 scheme that Rocky Long utilizes:

"I really thought about committing during the visit then," Griffin said. "It was probably when he was telling me how I'd be used in his 3-3-5 system, and that's what I think is the best fit for my talents. They like that I can blitz and my speed to the ball. I can bring leadership too."

Here are highlights from his junior season: