Wyoming, UNLV games to be on Big Ten Network

Both UNLV and Wyoming land a game on the Big Ten Network.

Share All sharing options for: Wyoming, UNLV games to be on Big Ten Network

The Big Ten Network released their prime time schedule on Monday and it includes a pair of Mountain West teams making an appearance. UNLV and Wyoming both head on the road to take on Big Ten opponents in the non-conference season. On the opening Thursday night of the college football season, UNLV travels to Minnesota and will be a 7 p.m. ET kick on the Big Ten Network. 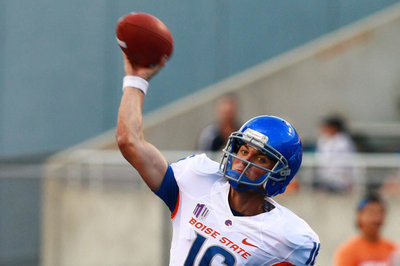 Check where your MWC team plays

Wyoming travels to Nebraska for a night game in Lincoln, and this game kicks off at 8 p.m. ET on Saturday Aug. 31. This is Wyoming's first announced television game so far this season, but they are going to be getting at least one more since they travel to Boise State. That game against the Broncos will be on one of the ESPN networks.

Wyoming and UNLV could likely have more games broadcast on ROOT Sports, Altitude or possibly even NBC Sports Network; plus UNLV could see games on the Time Warner Cable SportsNet, as they did last year.