Share All sharing options for: Game Notes: Hawai'i vs. Lamar

Where: Hawaiian Airlines Field at Aloha Stadium in Honolulu

The Hawai'i Warriors opened the season with a lost against then no. 1 USC 49-10. The Warriors had a bye last week.

The Lamar Cardinals opened their season two weeks ago with a blow-out loss to Louisiana-Lafayette 40-0 but then bounced back and shutout Prairie View A&M 31-0 last week.

UH vs. The Southland Conference: They are 1-0 with a season opening home win against Central Arkansas 25-20 in 2009.

In his first start since his senior year of high school in 2008, quarterback Sean Schroeder held his own in the Warrior's loss to USC. The junior completed 24 of 39 for 208 yards and one touchdown. He was under pressure throughout the game taking several big hits while being sacked five times. He also threw two interceptions, one off a deflection and fumbled twice in the game. The all-around player for the Warriors was wide receiver/punter/punt returner/PAT holder Scott Harding. He had his first touchdown catch from a 18 yard strike from Sean Schroeder. 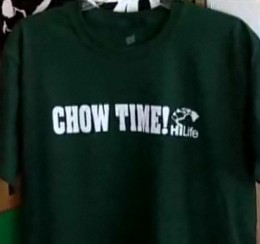 He also punted seven times for an average of 37.1 yards as a rugby-style kicker. In his only punt return of the game, Harding scampered a 34 yard return for the Warriors.

On the defensive side, junior cornerback Mike Edwards held his own with a team leading seven tackles and three pass breakups. DE Beau Yap contributed as well with five tackles, including three for loss and the only sack for the Warriors.

For Norm Chow, this is his first season as head coach for the Warriors as he is 0-1 overall and in the 2012 season. He is the first Asian-American to coach in Division 1 level football.

Ray Woodard is in his third season as head coach for the Lamar Cardinals. He has an overall record of 10-14 and 1-1 this season. A Texas native and former Denver Broncos Defensive tackle, Woodard was asked to bring this program up from the dead after a complete absent of football since 1989.