There is a portion of an article that sprung up in the comments section of The Incorrections: Things That Never Happened, And Still Won't that was a partially scanned copy by The Tennessean's Fred Russell about a college football playoff being on the horizon. Well this was way back in 1966.

Article was provided by C.J. Schexnayder 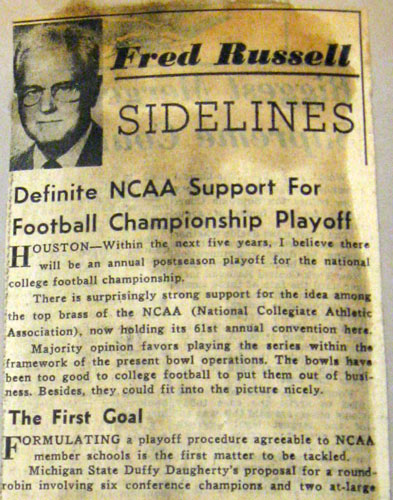 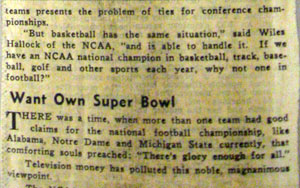 The last line still rings true today: "Television money has polluted this noble, magnanimous viewpoint." Also, the idea to of having a playoff incorporate the bowl games is the likely end game for the 2014 post season.

As much as we want to believe that things change, they never do.