How College Football Teams Are Arranged With Relegation

Share All sharing options for: How College Football Teams Are Arranged With Relegation

Over at SB Nation is relegation week for college football, and today's latest post has separated all of college football down to the NAIA level. There are seven tiers set up with teams currently in the conference they are, so Boise State and San Diego State are still in the Mountain West, and any independents such as BYU or Notre Dame are put into a league.

It is set up to be a geographical fit and due to the size of the info the tiers and map will be after the jump. 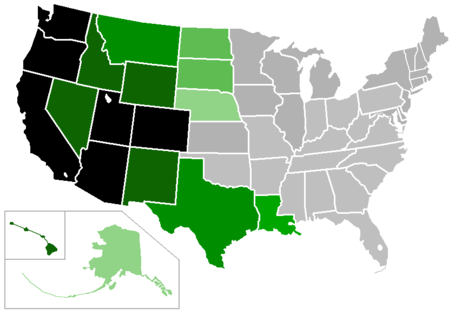 This Western setup is by far the most difficult among the top three tiers compared to the others since the WAC is a tier three league and is the only current FBS league to be that low. Also, there are the most current FBS teams in this Western set up. Plus the Big Sky has some extremely talented teams at the FCS level with both Montana schools who are traditionally great, and overall the Big Sky is one of the toughest FCS leagues.

As for how teams move up and move down, that has not been put mentioned in this project but it should be discussed before the weeks end. There is some disparity because some tiers have such as the Big 10 tier which has eight leagues in tier six while the same sixth tier out west has only two leagues.

I was and may go to WhatIfSports.com to does some simulations, but they do not include FCS schools so that would skew the results. However, the odds that Montana Tech even moves up from tier seven to even tier four, so it might be appropriate to disregard them.

I am not familiar on how relegation works with soccer, but in college football it would make sense to bump up two teams and drop two teams each year. To add even more drama the second- and third-best best/worst teams in their tier would play for the right to drop or move up. The best team moves up while the worst team moves down, but adding this extra game during conference championship week would add so much more drama with those teams on the cusp of moving up or moving down.

Take the Mountain West from last year as an example -- using last years members and not the tiers mentioned -- as it would have been Boise State vs. Wyoming for the right to move up into the Pac-12 as they were the No. 2 and No. 3 teams and then at the bottom it would have been Colorado State vs. UNLV to fight it out to avoid being dropped down.

That would be exciting.

One thing that would need to change would be that each tier needs to play by the same scholarship rules, and when teams move up they should be given some financial help so that they are truly on the same playing field.

This project is so cool to do during the offseason and there are a million ways to look at it, and I may try to do some projections with the leagues as they are for the 2012 season to provide some historical context. If you have any ideas how to do that I am all game. I may look at Football Outsiders as a guide with their indepth ranking systems, AccuScore and WhatIfSports.