Where the Mountain USA conference should expand

Share All sharing options for: Where the Mountain USA conference should expand

In an attempt to figure out this whole mess of a dissolution and reemergence of Mountain West and Conference USA merger (which I will give silly names until there's an official name for it), I've decided to look at the potential expansion candidates based on media markets and regional/national appeal. Follow me after the jump to see where we go: 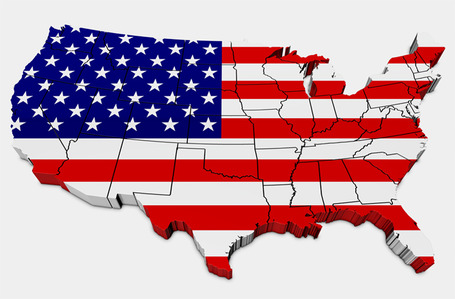 Note: all media market information is taken from http://en.wikipedia.org/wiki/List_of_media_markets_and_college_football

The current teams and their media markets of the new Mount America Conference are as follows (assuming Boise State leaves in 2012 which is not out of the question):

So obviously, the Big East not only poached the teams that have been good in recent years (except for Memphis), but also for having large access to the media markets (Boise is #112, so they're not being taken for their great media market). The question is now, where to poach? As of right now, the Coast2Coast Conference stands at 16 teams after 2013, and according to their intentions via the initial announcement, they want to move to 18-24 teams. So who should go?

My immediate thoughts are fairly similar to what has been previously stated on the blog: 24 teams, 4 sub-divisions. That's 8 teams to expand, so lets brainstorm based on money and potential markets. Here are my 8:

So why NMSU before Idaho. The Vandals have the better media market, however they don't have their natural rivals with them, while NMSU has UTEP and New Mexico as rivals in the Legion of Doom Conference. The most natural expansion choices were USU, Temple and SJSU: all these schools have access to large markets. SJSU also has the benefit of having an in-state rivalry with Fresno State. Louisiana Tech has a longstanding rivalry with Southern Miss and I can't imagine Toledo not coming (if coming at all) without Bowling Green. This leaves Ball State. Recent success in the past couple years and having Indianapolis as a market should make Ball State a heavy target.

This brings up the issue of other conferences. Where would other schools go/stay. The MAC would be in theory, unharmed in the poaching of their schools. The WAC on the other hand...would not survive from this latest plucking. Where would those other entering schools go? Seattle and Denver would probably go to the WCC because of their religious affiliations. The Texas schools could probably go back to the Southland Conference. Idaho could probably join the Big Sky for all their sports and rekindle their rivalry with Idaho State, Montana and Montana State. This would be a huge demotion for football purposes, as Idaho would go back to the FCS unless the Big Sky moved to FBS as a conference (like the Sun Belt).

Why not poach the Sun Belt? The main reason for this is with Karl Benson becoming the new commissioner of Sun Belt, he's going to fight to keep every school where they're at. With the new found success of some schools such as ULL, FIU and WKU, this might be easy if they're satisfied with the arrangement.

Ultimately, this is just a very educated guess, and it will be very interesting to see where the Super Conference goes in the future.