While the game between UNLV and San Diego State was amazing there was a lot of other stuff going on that merit attention in this game, but before we get to that stuff lets talk about the game itself. UNLV nearly blew an 18-point lead and let San Diego State back in this game and UNLV went on a scoring drought late in the second half.

San Diego State crawled their way back into the game and took a 63-62 lead on a Chase Tapley three-pointer, and then on the following possession UNLV missed their own three-pointer. UNLV's Mike Moser stole the ball from Xavier Thomas and set up a layup for Anthony Marshall to put them back up by one point. Then Marshall stole the ball from San Diego State which eventually lead to Justin Hawkins making one of two free throws to give UNLV a 63-65 lead.

The defensive play for UNLV was the steal at the end of the game by Hawkins with 10 seconds left which did not allow San Diego State to have a chance to tie or win the game.

UNLV was lead once again by Moser who had a team-high 19 points, nine rebounds, six steals and four blocks.

HIghlights and photos from the game are after the jump:

Now here is all the other stuff that happened in Las Vegas when a big rivalry is involved and 18,500 fans are at the game.

First off Flava Flav was in the crowd: 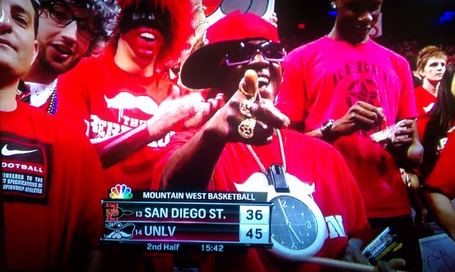 Then there is the giant head in the crowd of Moser with a video as well: 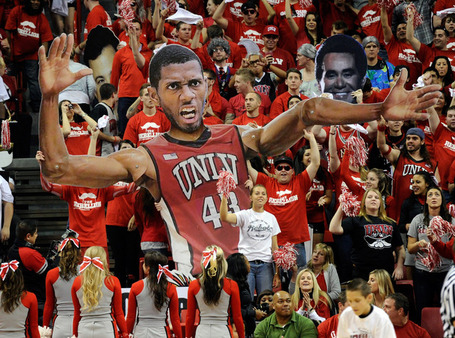 Here is a sequence of photos of Moser dunking over Garrett Green, who looks dejected. 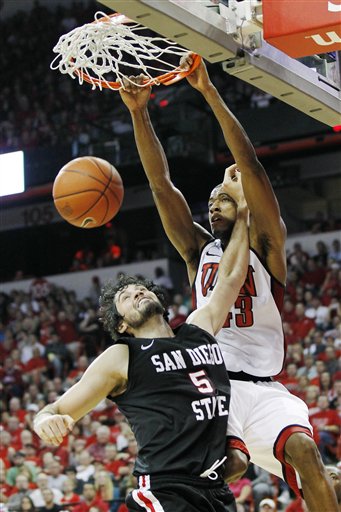 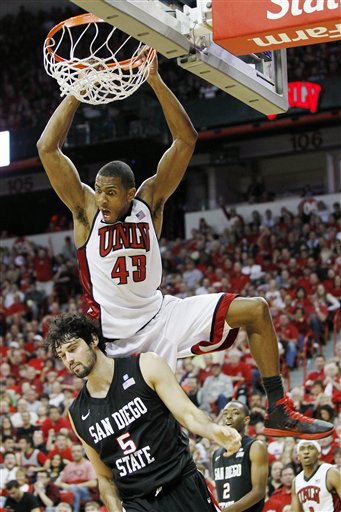 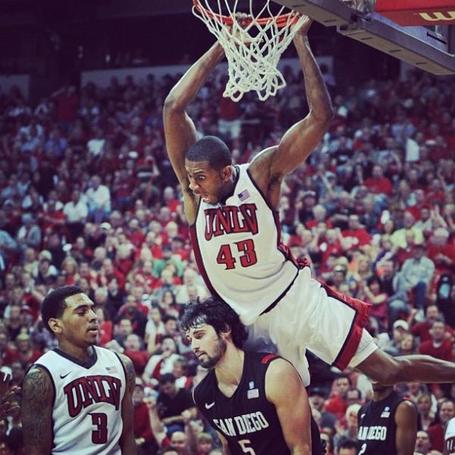 Then there are these from Saturday: 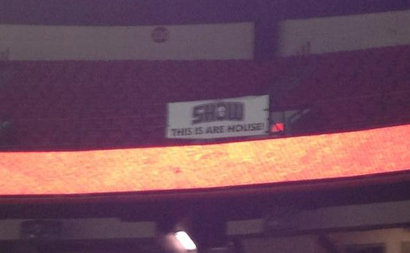 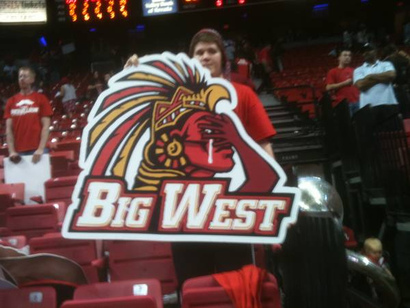