A big announcement is coming out October 15th about the BSU-UNLV game...and the Internet is a buzz with black unis.

First of all, let me say this: I personally hate black as a uniform option. If it's not in your color scheme (and not white/grey) don't use it. That being said, people have been into black uniforms lately, probably because "black doesn't go out of style."

Flash back to the beginning of the season: when Boise State released their color schemes for the home game, they announced that the scheme versus UNLV would be revealed October 15. See below: 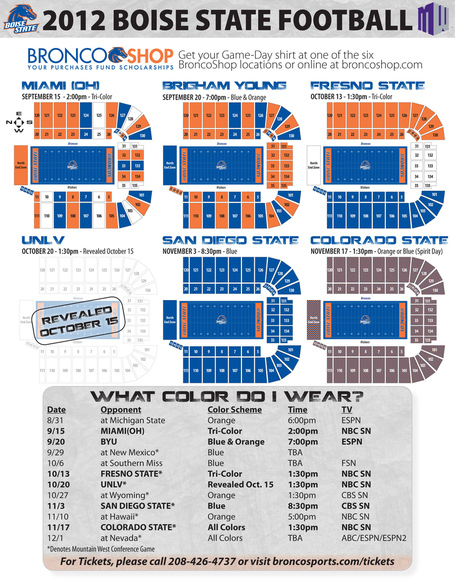 About a couple days ago, rumors started buzzing around about that announcement. A picture went up from an OBNUG fanshot: 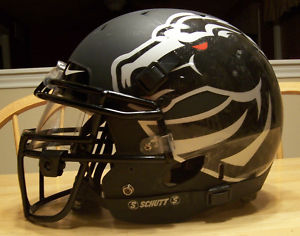 And then this gem from @TheBTN put everyone on alert:

And now people are freaking out about black uniforms. To top it off, the school is selling black t-shirts, advertised on their front page. With BYU wearing black uniforms against Oregon State tomorrow, could this rumor be true?

I photoshopped my own crappy version of black unis...nope, still don't like it. 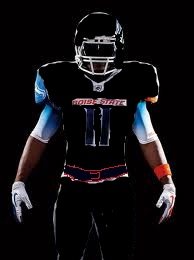 Nope, I really don't like it...though I should learn better photoshop skills

The athletic department released a video of Tommy Smith wearing the new uniform (set to "Back in Black" of course). It actually is similar to what I photoshopped. The helmet is matte black as seen above, and the numbers are silver to blue (like their blue on blue unis). Jeremy took screen shots and are shown below: 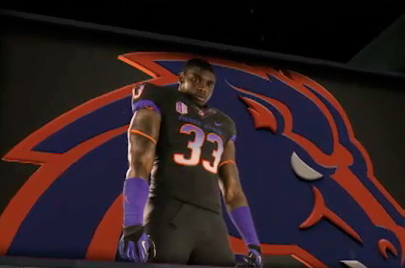 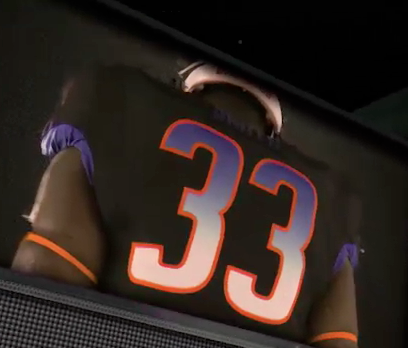 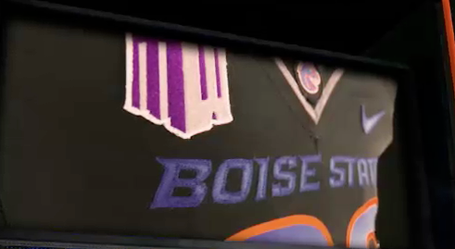 Here's the video associated with the new uniforms: (Click to take you to the link)

What do you think of the new uniforms?