Against the Spread Week 4: #winning

Share All sharing options for: Against the Spread Week 4: #winning

BYU Cougars -2.5 vs. UCF Golden Knights
UCF is coming off a 17-10 road loss to FIU, who played the majority of the game without the electrifying T.Y. Hilton.  If playing 230 miles south in front of 20,000 fans was a challenge for the Knights just imagine what is going to happen Friday night when they find themselves 2,300 miles from home, at an elevation of 4,500 feet, in front of 60,000 Cougar fans that are all hopped-up on caffeine free Diet Coke.  Many are quick to scoff at BYU after the 54-10 drubbing the suffered at home at the hands of the hated Utes(a game I picked correctly btw).  It is important to note that BYU had 7 turnovers in this game, 6 of which were lost fumbles.  In my opinion when something like that happens you just have to write it off as a fluke and treat the game as an outlier because Bronco won't let that happen again. 24-13 BYU. 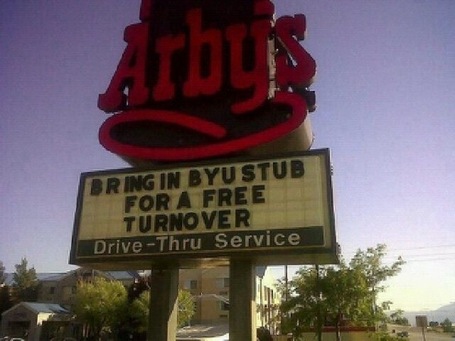 See the rest of my picks after the jump

Utah State Aggies -9 vs. CSU Rams
I was eyeing this game early on because I know Logan can be a tough place to play, the Aggies can light it up, and the Rams are really banged up.  I reached out to a CSU alum friend of mine who follows the Rams closer than can be humanly expected and asked him for his take on the game.  His take, verbatim, "Hide your kids, hide your wife b/c CSU is gonna get raped." Well then, that's good enough for me.  35-17 USU.

LSU Tigers -5.5 @ West Virginia Mountaineers
This game reminds me a lot of last week's LSU game at Mississippi State (which I also nailed).  My love for the underdog and my general affinity for those quirky, couch-burning, moonshine-drinking 'Eer fans makes it hard for me to pick against them but I have to go head over heart here.  LSU just has too many athletes and will be too physical for Holgerson's Mountaineers, especially on defense.  This will be a fun game and the 'Eers will make it interesting for much of it but when the 4th quarter rolls around look for the Tigers to have WVU physically worn out and start to have their way with them and blow the game open late.  Winning by two field goals should not be an issue for the grass eating Les Miles and his Bayou Bengals. 27-20 LSU. 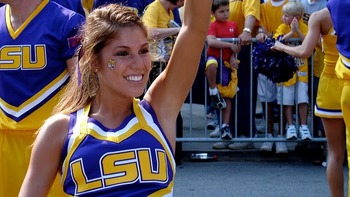 Fresno State Bulldogs -3 @ Idaho Vandals
Two tough road games against Cal and Nebraska have surely prepared the Bulldogs for the dreaded confines of the Kibbie Dome.  I am a believer in Derek Carr and the public all seems to be picking the Vandals (line started at 7) so I say go the other way here.  31-24 Fresno State. 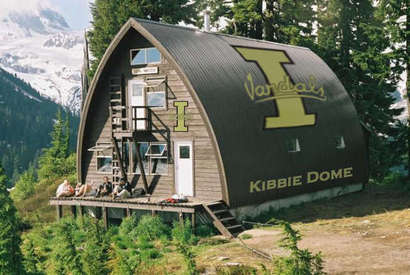