Turns out the leaked pics last year of an all white uni came true! 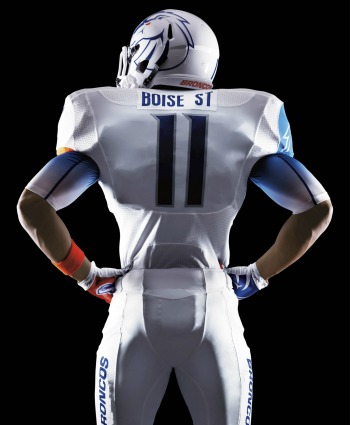 Follow me after the jump for a full analysis!

For Bronco fans the season is not mouth-watering close, and the arrival of the new ProCombat unis have confirmed it.  Lets take a look:

Helmet: Absolutely Terrifyingly awesome.  I like it much more than the blue, probably because it accentuates the Bronco more than the helmet last year did. 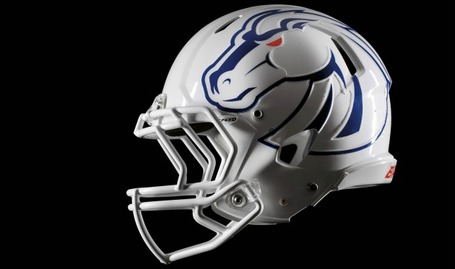 Also, it seems like its more of a matte finish, but that could be the picture taken.  Anyway, I give the helmets a strong A. 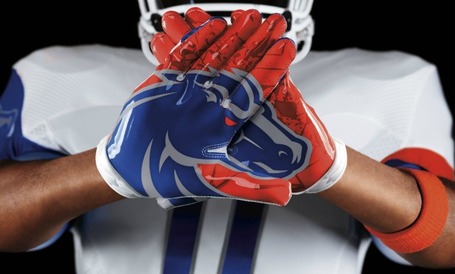 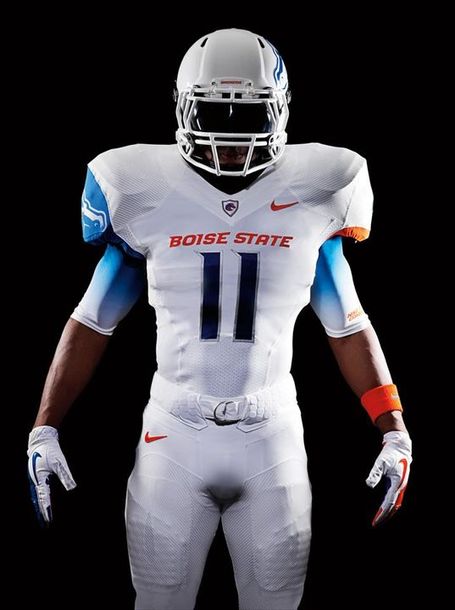 A repeat of last years design, only probably cleaned up some more in the gloves.  The top isn't quite stormtrooper-ish, but its close.  I once again like the blue sleeve and the orange stripe, however I think the orange lettering should be blue (just my own opinion).  However, this doesn't stop it from being great, and the Bronco crest is always a nice touch.  The gloves are better than last years edition simply because of the orange background instead of the grey. 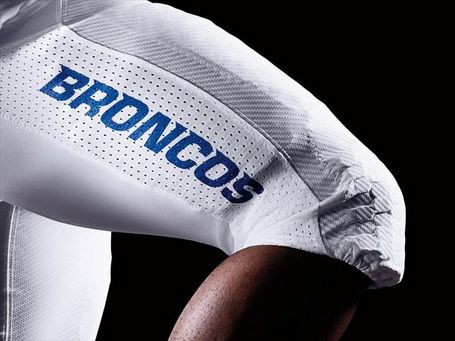 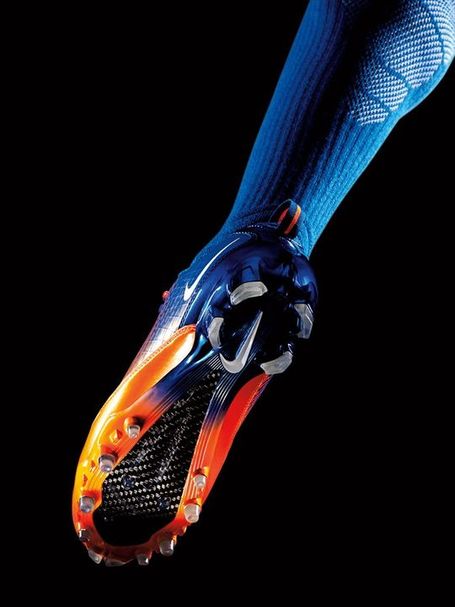 Not the same pant design last year (remember the B?), and the simplicity on the pants remain.  Just a nice "Broncos" down the side (the flare on the O's and S are kinda strange), and I'm not sure if they actually wrap to the back, or if it will just give that effect.  Shoes go from all blue to a blue to orange blend (although, were these the same shoes worn at the LV Bowl?).  Not much else to write about, except that they look as though they breath well.

This goes as one of the top ProCombat uniforms made since Nike started this.  The clean look, not doing anything completely over the top (we all have to admit, the grey jerseys were a little over the top last year): Nike, I commend you for your efforts as this, is a really cool jersey that is not going to be ridiculed.

Here's the video that was released with it:

Excuse me now, while I preorder one for the season...