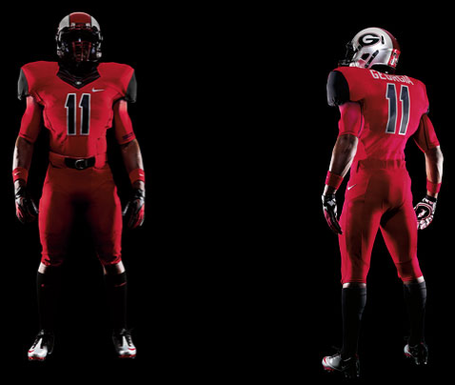 Personally these uniforms look good, especially the silver helmet; however, over at Dawg Sports they have a completely different opinion of these.

So far this is the only Pro Combat uniform that Nike has released, so we can only speculate what they will do with Boise State's uniform for this game.

I still want the white helmet to appear: 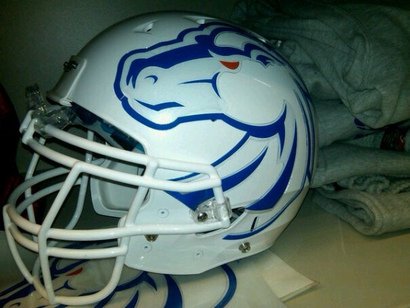 I assume with the red top that Boise State almost certainly will come out in a white top which could make the white helmet appear an even possibly the silver-ish or white top and bottoms to go with it.

Nike did say they would be releasing the uniforms in August, so we should be seeing what Boise State will be wearing hopefully any day now.