Uni-obsessed! Giving the uni history of the teams of the Mountain West -- The University of New Mexico

Share All sharing options for: Uni-obsessed! Giving the uni history of the teams of the Mountain West -- The University of New Mexico

Sorry I've gotten so behind!

Below is a small intro for those of you reading for the first time (for shame!):

Today's pictures come from a combination of the New Mexico media guide and the archives of John Hirn (you all remember him from coloradoaggies.com). Apparantly CSU and UNM have been playing each other for years. Also, forgive me, most of these pics are in grayscale, so I will interpret the best I can. Any corrections, as usual will be helpful, and I'll fix it ASAP. 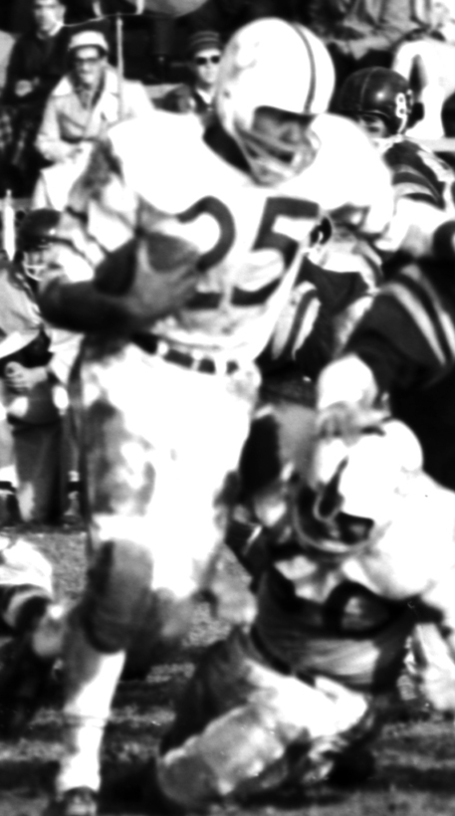 In the 1960's you can see for New Mexico white and red were the primary colors on the uniforms making a nice two-tone uniform. The home uniform (not shown), was believed to be cherry (the specific red shade) and white, while the home (seen above) was a solid white on white. The helmet from 1960-63 was white with numbers. For two seasons after that, the helmet changed to the New Mexico Sun then switched to red helmets with the numbers (both shown below): 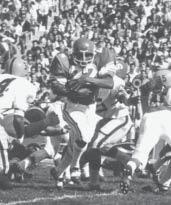 Early 1970's brought the more "western" look (especially in the helmets). The uniforms remained pretty much the same and the next major change (namely the helmet) wouldn't come until 1974: 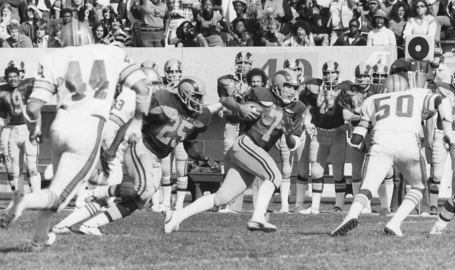 Best use of state flag/culture in the university. The New Mexico Sun returned from 1974-79. If you can notice the middle stripe on the helmet, it is TURQUOISE. Yes, the famous gem of the southwest made it's way into the uniform, and as we can see above in the uniform itself (via 1976), the turquoise was used in the uniform as well. This makes sense because in 1976, I believe the "mythological" turquoise home uniform was used. The reason I say "mythological" is because I'm pretty sure it exists, but i can't find a picture. It's like bigfoot, the lochness monster etc...

The 80's brought the fierce wolf for the first time in the logo. Also (if you can make it out in the small photo), the Lobos did away with the turquoise and went with their "true" secondary color of silver. This is also the first time (to my knowledge) that the front of the jersey typed "New Mexico" or "Lobos." 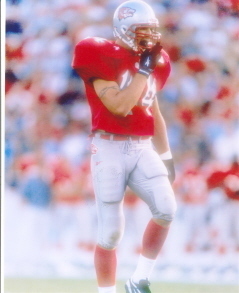 The 90's kept the same generic helmet, however look at the pants. They went from white to silver, and the numbers cleaned up a lot. The stripes on the uniforms are all gone, and if you look at the pants closely, the lobo is on the pants as well. Note that the front script is gone as well. 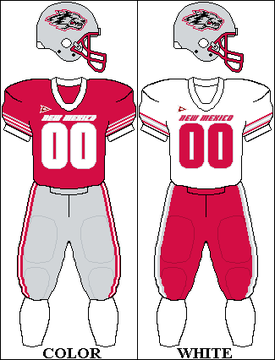 The current uniforms brought back the stripes on pants and jersey. The script is back in almost like a "locomotive style." The lobo on the helmet has become less cartoonish and more fierce. That being said, New Mexico IS getting new unis this year. Now whether this is a cleaned up look or something completely different, I can't say for sure. But I would really like to see the turquoise used again (any information would be extremely helpful).

Next Up: San Diego State