Earlier today, the Mountain West revealed its super secret new logo to mixed reviews. Thinks of what you want of the logo itself, it is the hype that sealed the fate of mediocre reviews.

The Mountain West paid a company or a person $250,000 to rebrand the Mountain West. That is not a typo there, the league spent a quarter-million dollars to make this: 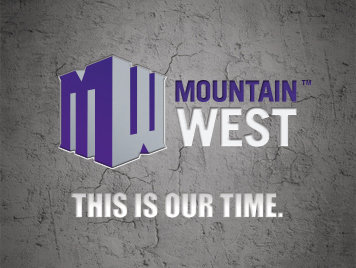 Of course the league officials are happy about this:

"Our fans were right in noting that our evolving membership and geography reflect both ‘Mountain' and ‘West' equally," Commissioner Craig Thompson said in a release. "The logo is bold, strong and balanced just like our league. We like the fact that it's instantly recognizable to fans on either side of the playing field."

"There's never been a more exciting time to be a part of the Mountain West," Gould noted. "The success our member institutions have enjoyed both athletically and academically and the positive new membership changes on the horizon means we've never been more united. We're proud to state ‘This is our time' because we believe our future is unquestionably bright."

So, did the league over pay for this rebranding? Maybe, here is a logo that was created in just a few minutes time:

So, whoever made the logo and made out in my opinion with a good chunk of change in exchange for some work. I get no one would be happy since the hype was enormous, but come on it cost $250,000.