Share All sharing options for: Nevada's Brandon Wimberly Moved Out Of Intensive Care

Nevada Wolfpack wide receiver Brandon Wimberly who was shot in the abdomen on June 18 was released from the intensive care unit Sunday night. This is encouraging news for Wimberly, but he is still a long ways from being released. Nevada head coach Chris Ault spoke to the Reno Gazette-Journal talks about his progress:

"He's a little more clear-headed now. He's certainly still in some pain and it's still a pretty serious thing, but yesterday we had some good conversations and he's a lot more alert than he was. Right now, they're focusing on giving his body enough medication to heal and get a little better every day. But these last couple of days have been really good."

Currently there is still have been no arrests made on this shooting and the Reno police department did release a photo what they believe is the getaway car that was used and it is a silver 2004-2006 Mazda 6. 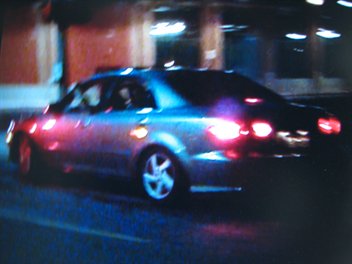 Hopefully, they can resolve this case to bring some closure to this terrible situation that happened Wimberly.