Looks like Jimmer Fredette is taking his show on the road to Las Vegas. Fredette was drafted last night and after a trade he was shipped to the Sacramento Kings. For those unaware the Maloofs who own the Kings reside in Las Vegas and own the Palms Casino, so they decided to make Fredette the main act at their hotel by placing his name on the marquee: 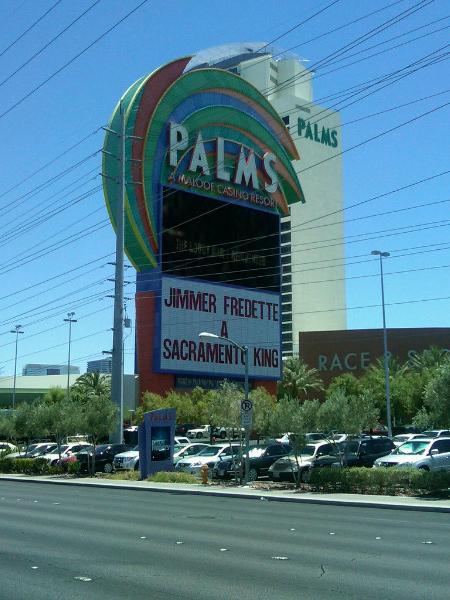 Fredette has taken over two complete polar opposite locations in Provo, Utah and now Las Vegas. I am sure to see in the next few weeks a rash of Kings memorabilia in Utah supporting Fredette, and most likely a bunch of number seven jerseys which is his new number.

Too bad the Maloof brothers could not have been a little bit more creative with the sign.