Uni-obsessed! Giving the uni history of the teams of the Mountain West -- Fresno State University

Share All sharing options for: Uni-obsessed! Giving the uni history of the teams of the Mountain West -- Fresno State University

We continue our journey of obsessing over jerseys. For those of you who haven't been keeping up, there's a nice little intro below:

While we're in the off-season, it's nice to know about some different things. I've decided to take on the grueling task of researching each MWC's team (and future MWC team) uniforms and helmets. Uniforms are one of the defining characteristics of a team (as well as gameday traditions and mascots), and as someone who takes pride in trying to obtain as many jerseys of my favorite teams as possible and also obsessing on how each team dresses, I think knowing the history of each teams uni and where they're headed is important. If you have some information that i missed and you would like to share, email me atpontiaka@live.com or cjhondros@gmail.com (when you do so, put Uni-obsessed in the title so I know what it's about). I'm going to make the posts as often as I can.

I have to admit...this must've been one of the more challenging tasks to find FSU unis because they've only been in the national spotlight since the mid 1990's. Most of the photos today were taken from the Fresno State 2010 media catalog (you know, the ones that have EVERYTHING in them like school records, all time records against teams, all-americans etc...)

Early in the days of plastic helmets (circa 1960's) the Bulldogs of California State University-Fresno wore white helmets with a red stripe. Their uniforms were red with white numbers and shoulder piping while the pants were white with blue piping. Dale Messer poses for us: 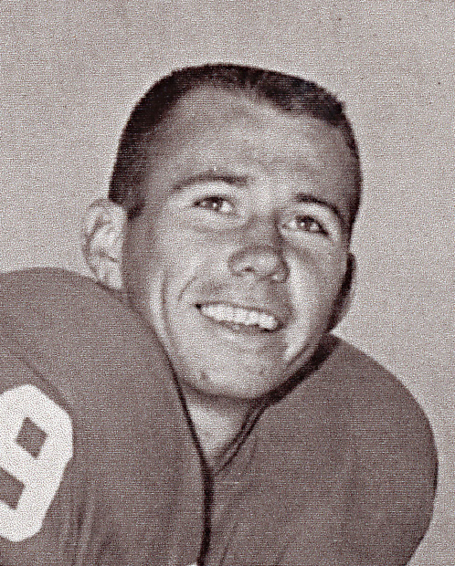 For more pics that I can't get from the catalog, go to the FSU football site and find the 2010 catalog, they have more pictures there.

By the time the late 1960's rolled around, the white had become red with blue and white stripes on top and this stayed constant throughout the 1970's. The uniforms themselves remained either white on top and cardinal on bottom and vice versa. Typically the white pants had the blue striping while the red pants had a dual color white-blue. The home (red tops) just stuck with the white stripes while the whites, while solid on the shoulder, at the end of the arms gave a nice blue-white-red effect: 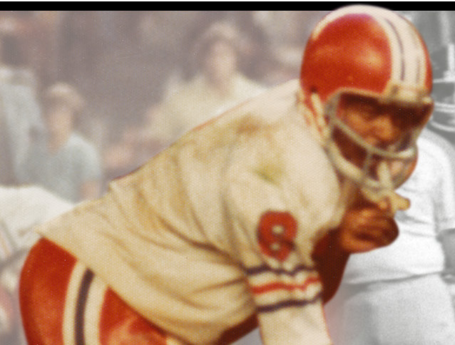 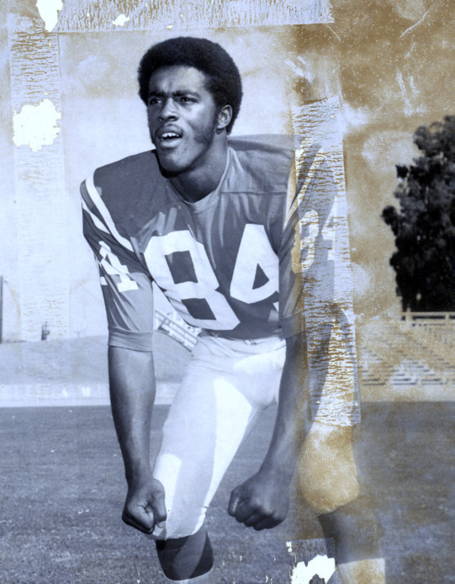 In 1981, the Bulldogs went away from solids on the helmet, to the script "Bulldog" which would last until 1996 shown here:

The uniforms changed in the sense that for the first time, solid red on red and white on white were used (although from looking at the pictures, I believe that this was probably a team decision week in and out as you can see there is no consistency). The stripes and piping on each of the unis would remain the same though, with the exception of the white tops which went back to the simple red stripes. Here are a plethora of pictures as you can see the lack of consistency: 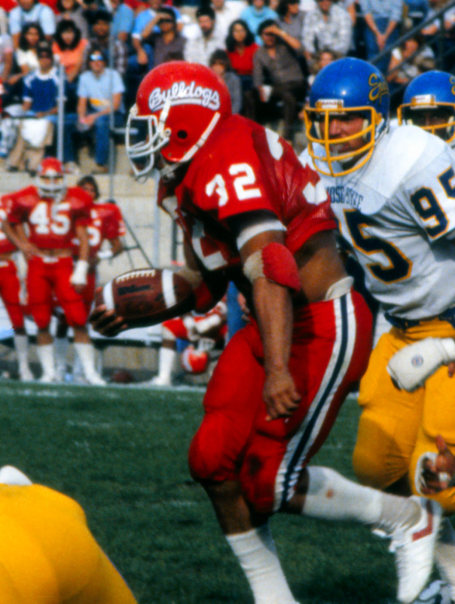 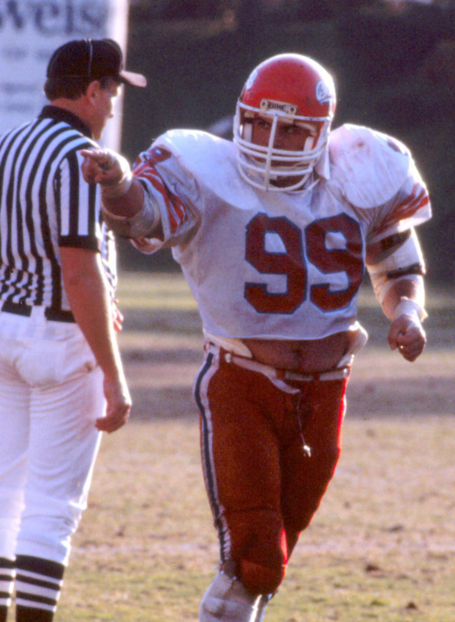 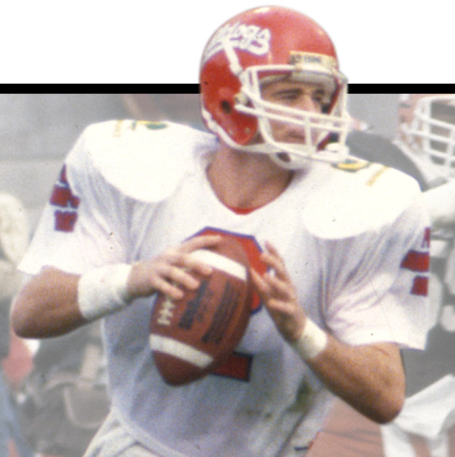 In 1997, the long-tenured head coach Jim Sweeney was deposed after 3 straight losing seasons and Pat Hill was hired to rebuild the program. Two major uniform changes set in place: First the "Bulldogs" script helmet went away and was replaced with the bulldog logo. In addition to that first change, the V showed up on the back of the helmets, representing the San Joaquin Valley. This V is white outlined and green and body: 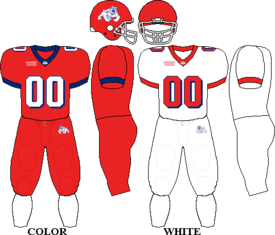 So what can we say about the future of Fresno State's uniforms? Even though they are sponsored by Nike, I don't foresee any significant changes. The 'stache likes tradition, and as long as Pat Hill remains at FSU, there will be no big changes. While I am 99% sure of this to be true...the other one percent won't be surprised if in 2012, Fresno State becomes "Nike-fied" (possibly with a retro style).