This Saturday's TCU Football Awards Banquet ended with a surprise unveiling of the new Nike uniforms and helmets to be worn for the 2011 season.  The new uni's were modeled by former TCU standouts Brian Bonner, David Hawthorne and Jason Phillips.  Over the past few seasons Nike has worked a lot of black into the color scheme and these new uniforms are no different.  The most noticeable changes came to the road white uniforms, which now contain black sleeves, and to the helmets which underwent a complete makeover with a brand new logo and lizard-skin paint design.  I've attached a picture of the old helmet for comparison and some of the new uniforms that Angry Trey took at the banquet, big thanks to him for posting these on his blog. Personally I think the new helmets are amazing and the uniforms I could take or leave.  What do YOU think? 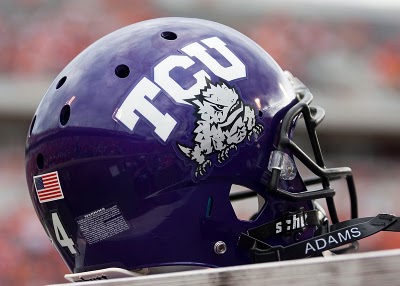 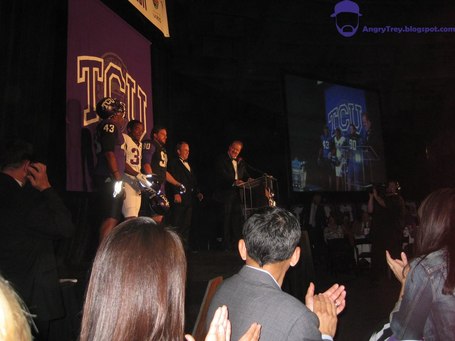 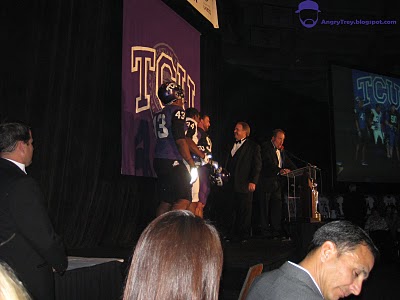