The rounds are back! Well at least for today.

Boise St. Broncos, 15 to 1. As good a bet as any on this board. Boise should run through the Mountain West this game, and if they can beat Georgia opening weekend ...

Dave Rice brings style to UNLV - College Basketball Nation Blog - ESPN
Dave Rice was raised a Runnin' Rebel. He was a reserve guard on two of Jerry Tarkanian's Final Four teams, including the 1990 squad that won the national title. 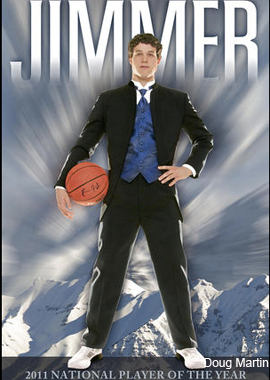 Jimmer can now start making some cash before he is in the NBA.

The first of several forays into the world of endorsements is officially titled 'The Jimmer Poster,' and is available at JimmerPoster.com. It ships for free and can be yours for $14.95. There will also be 500 copies framed, matted and signed by Fredette himself.

Boise State spring practice report: Dan Goodale is the next Kyle Brotzman for now - One Bronco Nation Under God
A look at Boise State's kicking competition and who may start at nickel this fall.

In what started out looking like might be a shootout ended up being a defensive struggle as the Gold team held on for a 14-13 win over the Brown team in Wyoming’s annual spring game.

Justin Huston, the assistant coach considered a rising star in the business, is being courted by UNLV after the Rebels hired BYU assistant Dave Rice as its head coach Sunday to replace Lon Kruger, who left earlier this month for Oklahoma.

Wyoming basketball recruiting is heating up with Lekan Ajayi visiting over the weekend. The 6-10 235lb center came to Laramie and is considering the Cowboys among other programs.

Tarkanian: Dave Rice is a hard worker who deserves support - Shark Bytes - Las Vegas Sun
Whenever I [Jerry Tarkanian] ]would attend a game or practice over the years where Dave Rice was coaching, he would always make it a point to come over and talk to me. He’s just a quality guy. He never hesitated going out of his way to acknowledge me, and always let me know how much he respected me.