San Diego State's student section did their best to try to distract BYU, but they were not able to do so as BYU outlasted the Aztecs, 80-67 to sweep the series against the Aztecs. BYU is not a one man team as Charles Abouo had a break-out game by scoring 18 points on four-of-five three-pointers. Jimmer Fredette scored 25 points on only shooting 8-23.

San Diego State was led by Kawhi Leonard who scored 17 points in the loss. The win by BYU gives them the top seed in the Mountain West tournament and a real shot at a number one seed if they win are able to win out for the rest of the season.

Here is a video recap of the game, and for a more in-depth recap will be done later today by out Aztec guy Sam who was at today's game.

Here are some photos of the San Diego State's student section from todays game. 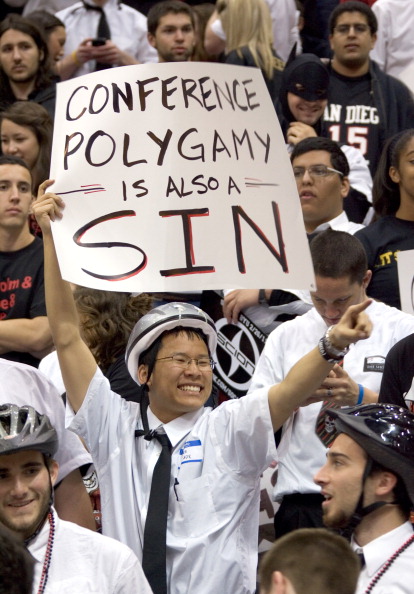 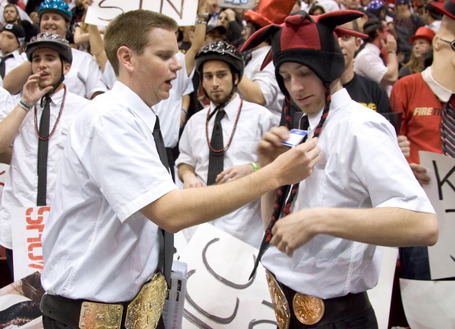 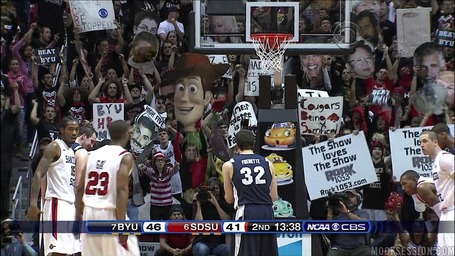 The final image is via @Bubbaprog.