UNLV announces plans for New Stadium and District on Campus

Share All sharing options for: UNLV announces plans for New Stadium and District on Campus

From what I had heard up until now, the proposition that was to be made by Majestic Realty was going to consist of a football stadium and stores. I now know the proposition to be more like a ton of stores and a football stadium. Speakers at the press conference were very sketchy as to what the cost of all this would be, but were more focused on making sure everyone knew what the main idea was to be.

Some interesting facts about what this would change on campus:

I really like the idea of having this project built out, especially since it is completely privately funded. Ed Roski said that the retail part of the district would be a lot like Town Square, an outdoor mall in Las Vegas which has roads driving through the center allowing you to really drive around and see what stores are in the mall. As far as parking nightmares go, which was rumored to be a big issue, the parking garages should definitely take care of that.

The one issue that I really have with this is UNLV basketball moving from the Thomas & Mack Center for no apparent reason. The Thomas & Mack is not having the inside changed at all, but for whatever reason in this plan UNLV basketball would make the move to a set-up very similar to Syracuse basketball's set-up in the Carrier Dome. The problem with this is that the capacity would be increased to 22,000 and you wouldn't ever be able to get the kind of sound you currently get in the T&M due to how much bigger the arena is. Home court advantage is never as great and you waste money at the same time by having to run a bigger facility.

The official site for the project is UNLVNow.com. If you would like to investigate the innards of the project, just go on over to there and they have tons of stuff available.

Pictures from the presentation after the jump: 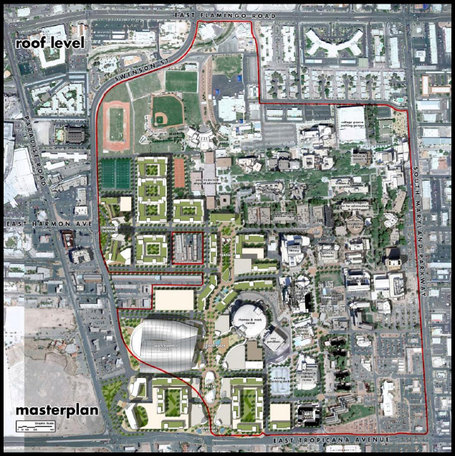 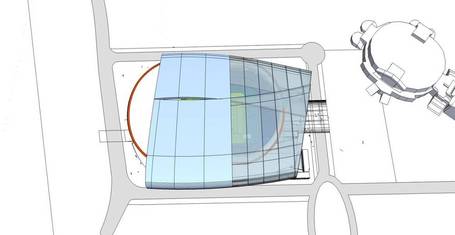 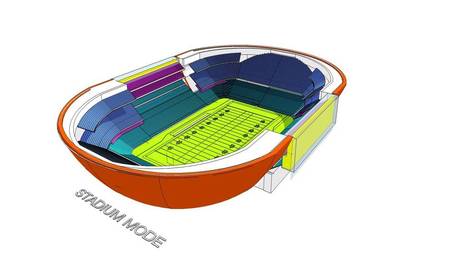 Different set-ups for the Event Center: 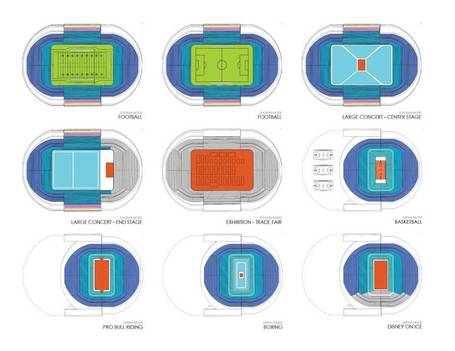 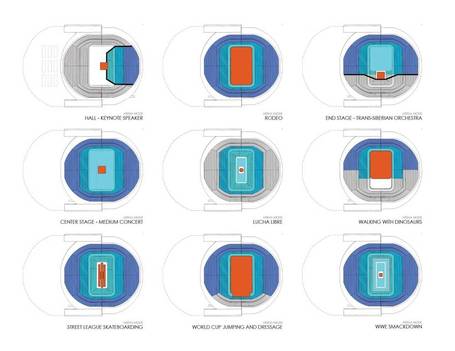 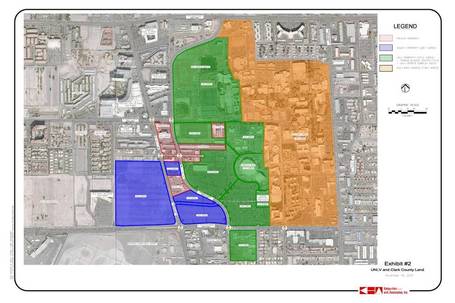 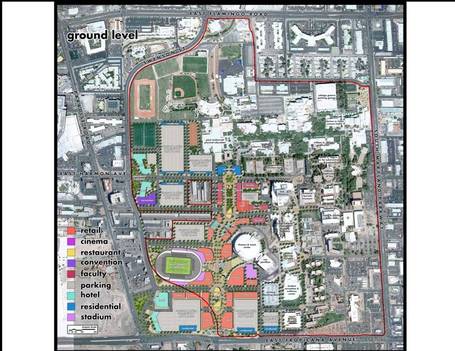