Boise State vs. UNLV: A collage of words through pictures

Share All sharing options for: Boise State vs. UNLV: A collage of words through pictures

It's been quite a while since I've written anything, and I figure I better get this story up before my next adventure happens (BSU vs. SDSU? I'm in!).  Follow me after the jump so you can re-visit the game and city like I did: 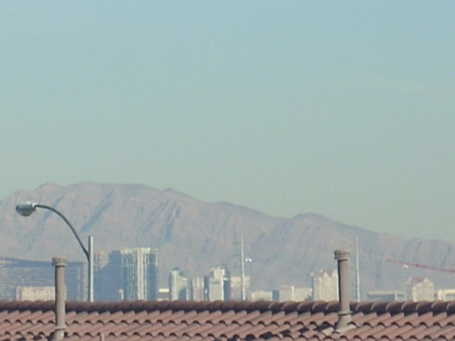 Okay fine! This is a pic from my parents' house! WHAT MORE DO YOU EXPECT FROM ME? I LOVE FREE LODGING!

The trip was smooth, no bad traffic, nothing.

You should understand, that living in California, I have the opportunity to go to Las Vegas whenever I want.  From Southern California, it's an easy drive up the Interstate-15 (the same which goes to Salt Lake for any of you Utah fanatics who love the snow and hiking) through the Cajon Pass (highest elevation above 4000 ft) and also the Mountain Pass (another +4000 ft Pass).  Slightly off topic, Mountain Pass has a natural area where Europium and other Rare Earth Elements are found!  To me as a chemist, this is interesting news. whereas everyone else, they could care less.

Finally arriving in Sin City, a nice Friday night out with the family rejuvenated me from my tiredness from the trip (3 hours 15 minutes from my place, but nevertheless exhausting).  If you ever want some family friendly restaurants to go off-Strip, I highly suggest Black Bear Diner (a chain, but only in rural California areas and Las Vegas), Maciano's Pizza, english's (if you like British food with a twist) and for those into high-priced, but worth it seafood, Joe's (located in Cesar's Palace).  Enough about the tourism part though, mainly because I could be here all night, let's fast forward my travels to Sam Boyd Stadium.

As rebelfan1 or Jeremy wrote about earlier in the year, UNLV needs a new stadium.  This statement could not be more true!  Sam Boyd Stadium is located 10 miles from the UNLV campus.  Parking was free, however the downside is that the "parking lot" was gravel with many potholes.  Entering the stadium, I arrived at my seat and got to watch warmups: 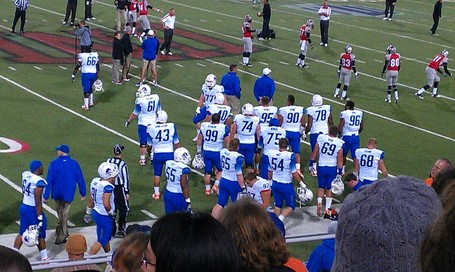 SBS hates cellphone signal, so I couldn't follow up my intention and statement on the twitter that I'd be giving updates and pics throughout the game.

Finally the pregame started and I must say, UNLV working with Redbull gives one of the more entertaining pregame ceremonies in college football: 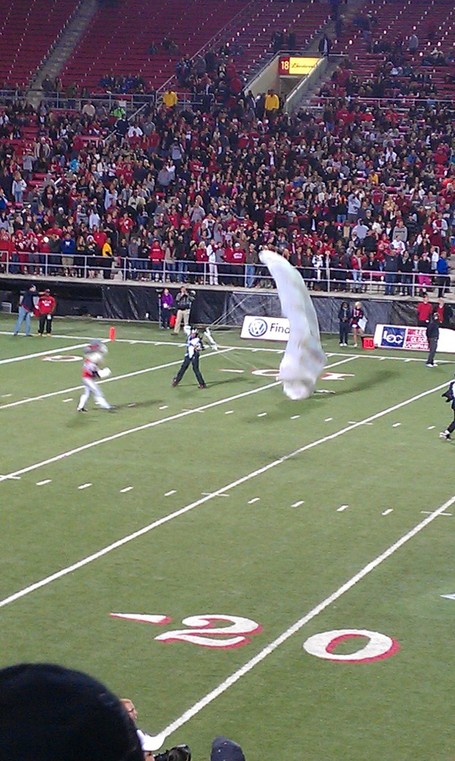 With that, it was off to the races! BSU started weak, but woke up in the second half.  I was very impressed with UNLV's play, however I wasn't impressed with the fan base, or lack thereof (once again, growing up here, i should've know better).  SBS has a tendency not to announce crowds, but I was willing to bet that there were 26-27 thousand people (most of them in the blue and orange).  Here are some pics throughout the game (caption your own, it's a lot of fun!) 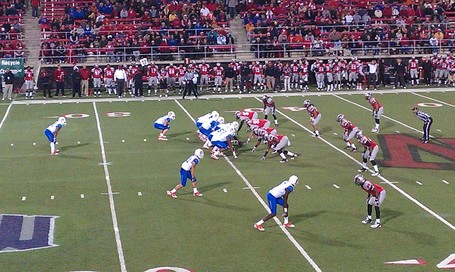 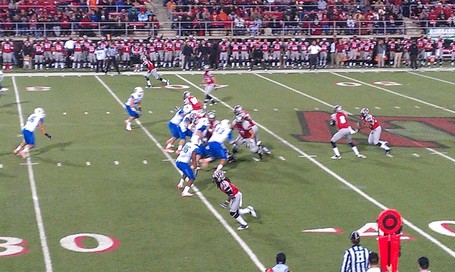 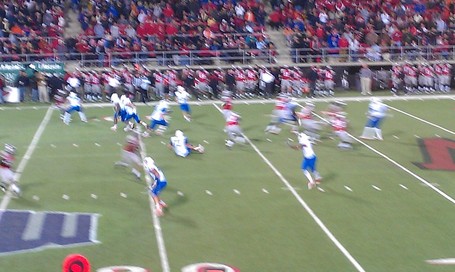 With a final score of 48-21, the Broncos left wtih a victory.  It still didn't stop me from enjoying the rest of my weekend.  Still, the city or the university needs to do something with SBS.  It needs a major facelift and the better environment.  With Hauck's involvement, he should be able to lobby for SOMETHING.

That being said, the Mojave Desert has to be one of the most beautiful scenes during sunrise on an early monday morning: 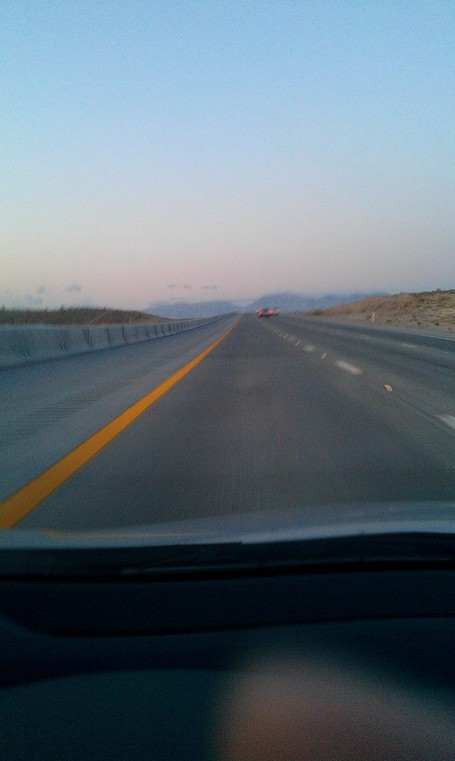 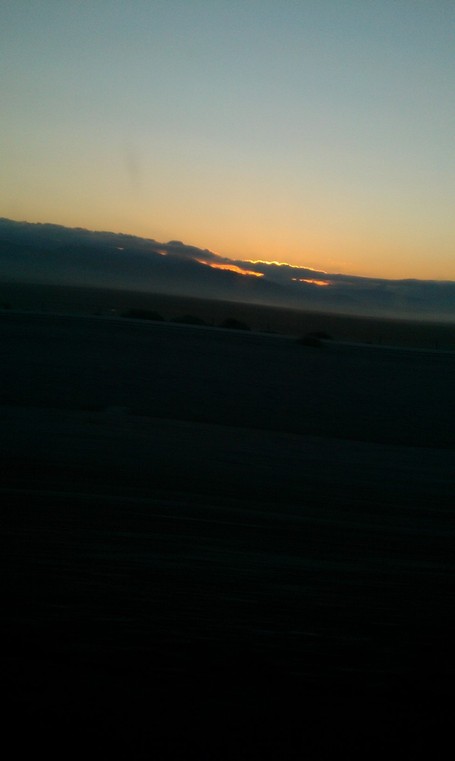 So to all, I bid adieu, for tomorrow, I will be in SD.  Don't hesitate to follow twitter updates for excitement and info.