VIDEO: TCU's Gary Patterson Has Company With Ron Swanson And His Pyramid Of Greatness

Share All sharing options for: VIDEO: TCU's Gary Patterson Has Company With Ron Swanson And His Pyramid Of Greatness

Most people know of TCU's goal pyramid that they fill out each year with the top being national champs. 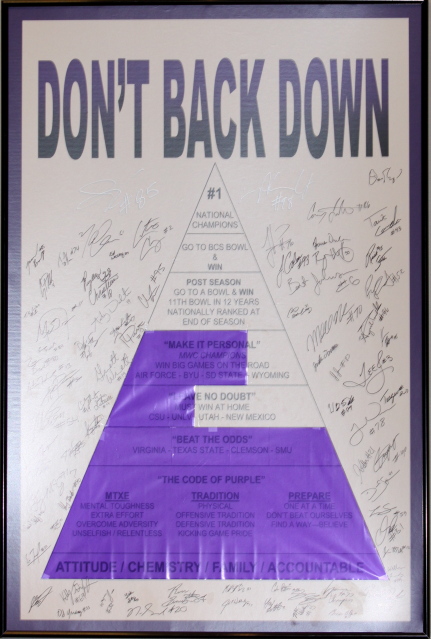 Now they are not the only who have their own 'pyramid of greatness.' NBC's hilarious "Parks and Recreation" started back up tonight and Ron Swanson who put on his best Bobby Knight impression including tossing a chair across the court.

Swanson coached a group of elementary kids and before their first practice showed them the Ron Swanson pyramid of greatness. 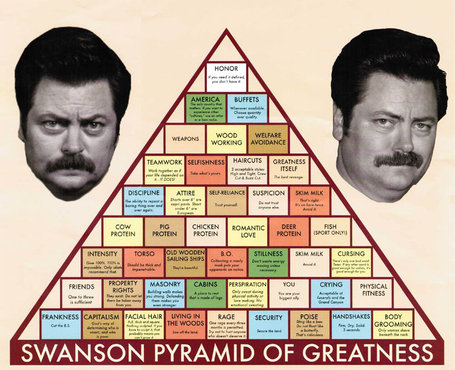