Share All sharing options for: AP Voters Who Are Just Plain Crazy

Pollspeak.com is a great site that tracks of how all of the AP voters who vote, and that just happens to incluce the whack voters in the AP.

The biggest culprit that has mentioned on this site have been Craig James from ESPN/ABC and Scott Wolf of the LA Daily News.  This week the two are back, plus others.  Scott Wolf had Texas number one for the entire year up until this week, but then he has Florida at the second spot after being thir d all year..

Below, is Scott Wolf's ballot for this week. 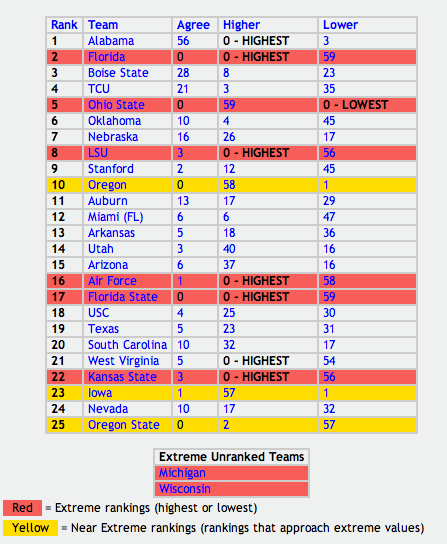 Craig James is still hating on Boise State, and is in love with Michigan and Nebraska. 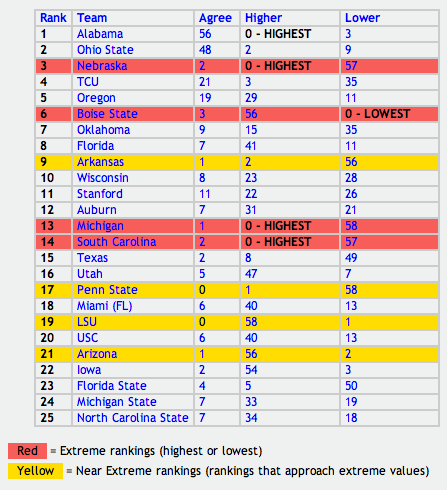 Jon Wilner likes Air Force and Oklahoma more then anyone else, and hates Oregon for some reason. 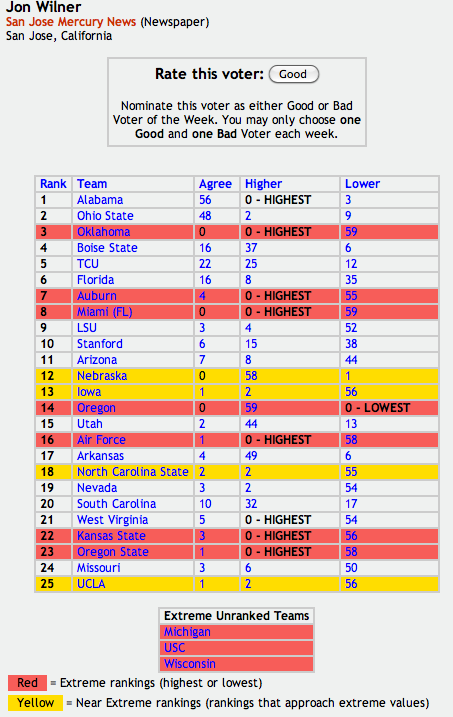 These are just a few of the whack ballots out there on Pollspeak.com.