Poor Lobos they are not a good team and they are hoping to get to at least two wins, but one of those will not be coming against the Falcons. 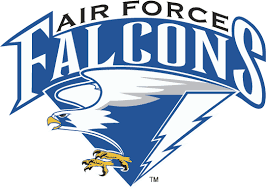