The Aztecs want revenge over the Pokes who last year took out San Diego State of bowl contention. For those who forget Wyoming scored 24 fourth quarter points to beat SDSU by a score of 30-27. I am sure had San Diego State won they would have gone on to beat UNLV in the final week to gain a bowl spot instead of Wyoming. Just getting revenge will not be easy since this game is played at Laramie which is tough for any team, just ask Texas last year who struggled for the first half.

This game will be interesting as both teams are in year two of the new coaching staff and that should mean both teams should be better. The quarterback play will be a key to watch with San Diego State throwing machine Ryan Lindley against a versatile QB in Austyn Carta-Samuels. The key to the game will be the Wyoming defense -- specifically the secondary -- trying to stop the passing game and WR Vincent Brown. 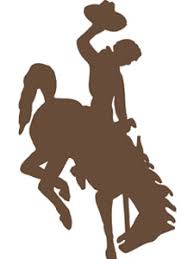