This game should take place Monday at 8pm central time in Omaha, but the weather Sunday there has been nasty with rain and lightning delays.  Cal is also entering their first ever College World Series and won their first game by defeating Florida 11-3, and the fifth inning is where the Bruins took over the game:

Leading 5-3, the Bruins got a single and hit by pitch to kick start their fifth inning. A sacrifice bunt moved them each up 90 feet, then Rodriguez squared one up right back up middle for a clean single, scoring two.

Espy got the UCLA sixth started with a infield single, then he added to his total game by stealing second. After a ground out moved him to third, another Gator wild pitch let him come across for another run and 8-3 UCLA lead.

Rodriguez kept his big day going with what was nearly a home run. Earlier in the game, Rodriguez roped one down the right field and cleared the outfield fence, but it hooked just foul. This time he kept it fair, but couldn't get it the two feet higher necessary to clear the fence. Even so, the ball off the wall went for a double and when Amaral singled to right, Rodriguez came home to score.

In the bottom half of the inning, Bauer set the school record for strike outs before calling it a day. He got a little more support in the eighth when Uribe doubled just down the right field line before scoring on a single by Krill.

A 10-3 lead just wasn't enough so Gallego led off the ninth inning before Dennis Holt came in to pinch run. Holt got to take second on a balk, then later in the frame, Espy picked up another RBI with a single that scored Holt.

The game between Florida and UCLA was close until the bats picked it up to explode for a five run fifth inning.  The amount of runs was also well above the Bruins average who normally put up only seven runs per game.

Here are the complete stats for both teams: 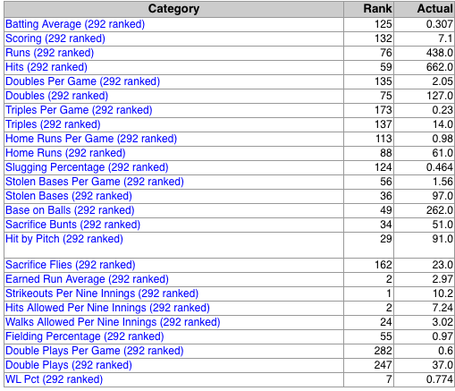 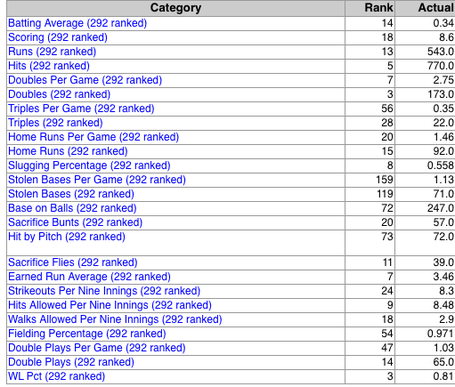