Against The Spread: Week 9

Share All sharing options for: Against The Spread: Week 9

Florida State Seminoles -3.5 @ NC State Wolfpack (Thursday)
I may or may not have picked this game just so I could have an excuse to post that picture of Jenn Sterger.  Go 'Noles!

Texas Longhorns -7.5 vs. Baylor Bears
Normally I would suggest you buy the half-point but you won't need it here, this is gonna be a bloodbath.  Texas is like a sleeping bear, and Iowa State snuck into it's cave and poked it but ran away before the bear could see who it was and now the bear is pissed and the next person to walk into that cave is going to be Robert Griffin III and his Baylor Bears.  The Longhorns have all the talent and speed you could ask for on defense and they will shut down RG3 just like they did Taylor Martinez and Baylors defense is about as impenetrable as a wet paper bag.

Auburn -7 @ Ole Miss Rebels
Lock up your laptops because Masoli and Cam Newton are going to be on the loose Saturday in Oxford.  The line on this game looks too good to be true which means it is the "Admiral Ackbar Trap-Game of the Week" but I don't care I am taking the Tigers anyway.  Ole Miss is TERRIBLE. 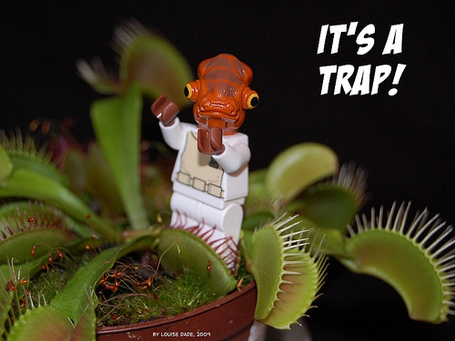 Oregon Ducks -7 @ USC Trojans
This is going to be a close one until late in the 3rd when USC's lack of depth and poor defensive play will finally catch up to them and the Ducks will blow it open and keep piling on, much like they did against Stanford.

Michigan State Spartans +7 @ Iowa Hawkeyes
Iowa is gonna have a letdown game after an emotional loss last weekend against the Badgers.  Michigan State is playing like a team that is destined for the Rose Bowl and spotting them 7 is a gift.


*All lines from Las Vegas Hilton