Share All sharing options for: Utah To Wear Wounded Warrior Uniforms Against TCU

When Utah takes the field against TCU next month, first off I hope both teams are unbeaten, and the Utes will be part of the Wounded Warrior project with special uniforms. I am pretty confident Kyle Whittingham will not like wearing a different uniform since that will take them out of their normal routine.

The ACC patch was probably a velcro patch that was not replaced for the Utah photo.

Here is what the Wounded Warrior project is about:

The uniforms were designed in an effort to recognize the sacrifices made by those who have served and those that continue to serve in our nations Armed Forces. Each team will replace their last names on their jerseys with a core value embellishment  Duty, Honor, Courage, Commitment, Integrity, Country, or Service. Texas Tech is the official Under Armour Freedom game, and each Red Raider will have Freedom on the back of their jersey as a tribute the brave men and women that the initiative supports.

The custom uniforms and gear provide us with an opportunity to engage college football fans and athletes, while uniting together to support the overall mission of Wounded Warrior Project, said Kevin Plank, founder and CEO of Under Armour. We are committed to honoring our nations troops who risk their lives protecting our house and we are proud to support them through these games and beyond. 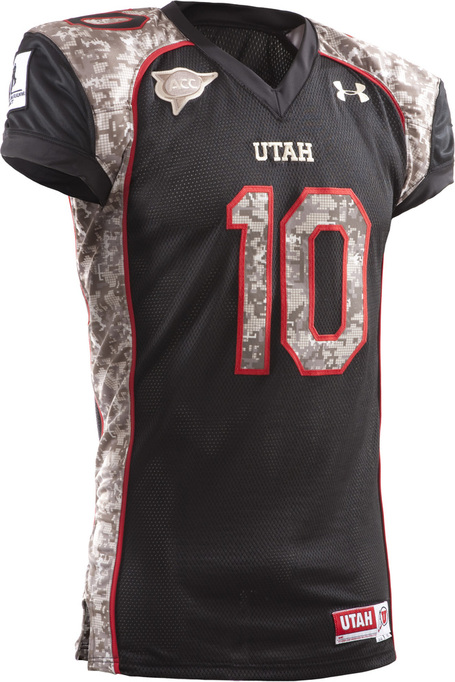 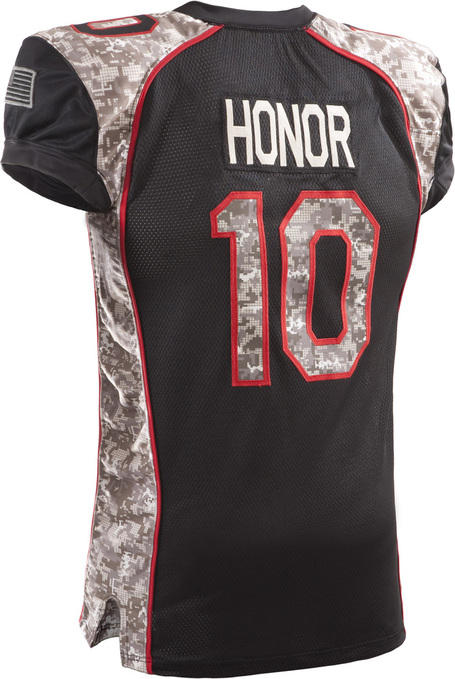 Thanks goes to Lisa Bruno who provided me with these images.