Five Questions With Addictet Quack on Oregon Versus Utah

Share All sharing options for: Five Questions With Addictet Quack on Oregon Versus Utah

This week we have a short interview with Addicted To Quack about the upcoming game with Utah traveling to Oregon.  Make sure to check their site for my answers to their questions.  Check the interview after the jump. 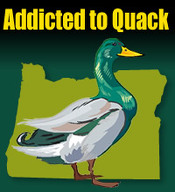 1. Is the offense suffering because Chip Kelly is now the head coach and has more responsibilities then when he was only in charge of the offense as the offensive coordinator?

There are some that have that theory, although I'm not buying it.  I think it has more to do with the personnel not performing to expectations.  Its starts with QB Jeremiah Masoli, and he put on the worst display of quarterbacking I have ever seen in the Boise State game.  He was locking in on one receiver and not going through his progression.  He wasn't reading the read option.  He was downright horrible.  Purdue started to look like more of the same, but midway through the second quarter something started to click and Jeremiah started looking like the Masoli we know and love.

The running game, however, has been a bigger problem.  The offensive line has been inconsistent, as you might expect with four new starters.  But I'm not sure that's the issue as much as the backs themselves.  Even before he self-destructed, there were questions about how in shape LeGarrette Blount was and he looked very slow against Boise.  Andre Crenshaw  played most of the first half against Purdue and showed again that he is just a very average back.  But two redshirt freshmen-LaMichael James and Kenjon Barner, really exploded for a lot of huge runs in the second half of the game with the Boilermakers and, at least with James, it was somewhat expected as he was fantastic both last spring and all camp, and we see him as maybe a Jacquizz Rodgers type.  This offense is predicated on momentum and stringing together long runs in the running game.  The failure to do that, moreso than anything schematic, has been the problem.

2. Will the Oregon defense do try anything special against QB Terrance Cain who is making his first road start in such a hostile environment?

I don't think they'll try to do anything special, they'll just do what they always do, which is blitz a lot, try and kill the run, and put a ton of pressure on him.  You see a lot of other DCs do this as an adjustment to a freshman QB, but Oregon pretty much does it always.  He'll have lots of guys coming at him and have to make quick decisions.  The flipside is that the corners will be isolated one-on-one a ton and if he can find his receivers, they'll get the ball.  It's a strategy of feast of famine.  It really rattled Mark Sanchez in his first start here.  But Kellen Moore absolutely shredded it.  It is massively susceptible to play action, so that's something the Utes may be able to use to their advantage.

I think there are a couple of reasons for this.  Yes, the home field advantage is tremendous, but by no means insurmountable.  The bigger issue is that many people (including myself), look at Utah's ranking versus what they've done of the field and believe it to be a farce.  Its based on what they did last year, because top 20 teams don't struggle against San Jose State and Utah State.  Plus, Oregon has gotten better every half this season, and the offense in the second half of the Purdue game was finally looking like it did last year.  If that trend continues, and Utah plays like it has this season thus far, it could be a long day for the Utes.   On the other hand, if they roll into Autzen and win, it completely legitimizes their ranking.

5.  What was the reasoning behind the hype for Oregon this year?  They had one of the least experienced offensive lines in the country, only one returning starter on the defensive line, a new head coach, and a quarterback in Jeremiah Masoli who is more of an athlete then a quarterback.

Because they were blowing teams out at the end of last year with a high octane, entertaining offense and had their two best players coming back.  Of course, Blount is now gone, and Masoli hasn't been great.  But the defense has been better than expected and, as the offense gets back on track, I still think you'll see a very good Oregon team by the end of the season (last year started off really slow as well).  Now, are we going to be BCS contenders as many predicted?  With Cal looking so good and us already having dropped a game, that's probably a long shot at this point, but this isn't a team that's in any danger of falling into the lower half of the conference.