rivalsThe 2010 class for BYU is filling up nicely with two new commits after BYU's Junior day last week. The first is Corby Eason, a juco cornerback from Erie Community College in New York and he will have three years of eligibility left.

Defensive backs are a must need for BYU, because they lack speed and the hope is that Eason will be able to bring that to the table. There is not much info on Eason, partly because Erie Community College does not have a great website, in saying that Eason is scheduled to join BYU in the January 2010 to join spring ball.

The other player to verbally commit is Teu Kautai, a linebacker, safety and quarterback at Oakridge High which is the same school as Ross Apo. Kautai is truly an athlete and is projected to play linebacker for BYU as part as the 2010 class.

Kautai made his choice over Utah, Tulsa, SMU, and UTEP; however his choice most likely was added by his teammate, four star wide receiver joining BYU.

This brings BYU's 2010 class to a total of thirteen verbal commits. 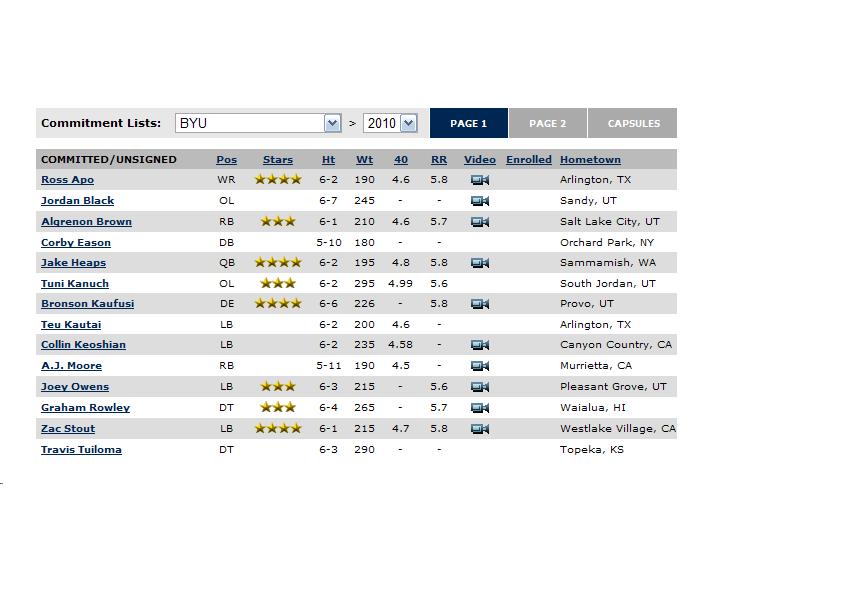