The official announcement for Jake Heaps verbally committing to BYU is coming down at 2pm mountain time. The location is going to be at the Iggys Restaurant in downtown Salt Lake.

Also, in Heaps news he is most likely not going to serve a church mission, even though he is LDS, this could cause for a heated quarterback between Riley Nelson.

Nelson was a top recruit who transferred from Utah State to BYU this past year, and there will be a story comparing the two, coming shortly.

With big news of landing a top notch recruit is that they sometimes bring in other big name recruits. In this case Heaps has became good friends while attending the camp circuit, and two more recruits are looking to commit today as well. 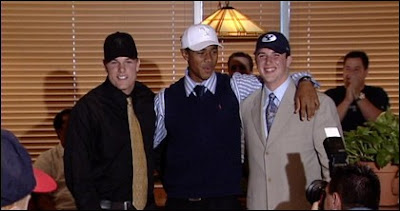 The first is wide receiver Ross Apo who according to Rivals is a four star recruiting has verbally committed to BYU, today. Apo is out of Arlington, TX and is rated as the 36th best wide receiver out of the 2010 class.

Apo was committed to Texas but because of the relationship he built with Heaps de-committed today.

Apo had catches, 764 yards, and 11 touchdowns, which nearly doubled his production as a Sophomore.
The other recruit who to commit is linebacker Zac Stout out of California. Stout is also a top recruit nationally at his position. Stout is a four star recruit and rated the fourth best linebacker according to Rivals.
This jumps BYU into one of the best recruiting classes in the country, and who knows if any others will follow Heaps to BYU.
There could be fellow players from his high school in Washington who are
receiving division one offers and follow Heaps to BYU.