Week one of Fall Camps

Share All sharing options for: Week one of Fall Camps

First off most of this might be some old news, but since this is just for at least my amusement I am unable to post daily updates I find out.

The big news is who is going to replace Shaun Carney at quarterback. Right now it looks to be between senior Shea Smith and junior Eric Herbort are entering a cram course to see who will be the starter August 30th, and between the two they combined for 12 total plays of division one experience, but all 12 come from Smith. Callhoun acknowledges that to be able to compete in the league strong quarterback is a must and by looking at who most likely will finish ahead of the Falcons all have returning quarterbacks in BYU, New Mexico, TCU, and Utah. Through spring camp Herbort had the sligh edge, and Calhoun has not ruled out playing a two quarterback system, which we all know is very, very difficult to be successful with.

Another replacement they are looking for is the Z-back where the 2007 offensive player of the year Chad Hall graduated. Hall will not be able to be replaced by just one but at least two and maybe three players, in regards to the tailback position that Hall managed at times the frontrunner looks to be Sophomore Kyle Lumpkin.

The injury bug did hit the Falcons in the first week of practice with tight end Travis Dekker who be out for about eight weeks because of a slight fracture in his right ankle. Dekker was the leading receiver returning from last years team and the only skill position starter back from a year ago. The tight end position has taken the biggest hit with highly regarded sophomore Steve Shafferout until the middle of next week because of a concussion, and then senior Keith Madsen, Dekker’s backup, was limited in practice Friday because of minor muscle strains.

The Cougars all ready have suffered injuries starting with starting center Tom Sorensen injuried his shoulder and was in limbo if surgery would be necessary or not, but finally decided on Thursday not to have surgery and will have injections for the next two weeks and will be reevalutated after that. Sorensen's replacement looks to be all-conference tackle Dallas Reynolds to the position and if that is the case look for Matt Reynolds take his older brothers position at tackle.

All-Conference wide out Austin Collie is going to be out for at least two weeks with a stress fracture in his right leg, and has been active in camp but nothing with running, jumping, or contact. It is still not sure when Collie will see action. With Collie out it gives BYU a chance to see more time from other receivers such as Senior Bryce Mahuika who looks to be the front runner buy Bronco Mendenhall mentioned that Luke Ashworth and Spencer Hafoka are also candidates for playing time.

One major concern was the backup quarterback position with Brendan Gaskins after spring practice. Coach Mendenhall had this to say about Gaskins "from the first day of camp on, has done a real nice job and Kurt is pushing him. Coming out of spring practice one of my biggest concerns was backup quarterback, and I am not concerned at this point. I like the way both guys have come back."

Still BYU should be concerned if Max Hall were to go down, and we will see if he is able to keep bouncing back up after taking huge hits. 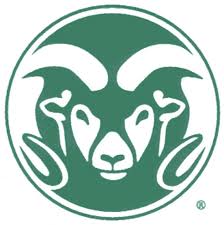 Good news coming out of Ram camp is that starting tight end Korry Sperry who is now fully healthy after tearing his ACL against Cal in game two. He has yet to participate in contact drills but looks to be ready and add to the weapons for the new quarterback.

Speaking of quarterback the battle is coming between senior Billy Farris, fourth-year junior Grant Stucker and redshirt freshman T.J. Borcky. However if Coach Steve Fairchild had to make an immediate choice, "If we played a game tomorrow, Billy would probably be our quarterback. But I want to make sure we make the right decision."

The Rams' quarterbacks, with hometown, CSU history and what QBs coach Darren Wilkinson has to say about them:

All was not good for the Rams with cornerback DeAngelo Wilkinson suspended indefinetly for breaking a team rule, but it was not specified what that was. Wilkinson a third year sophomore was to receive quality playing time.

The Lobos have had been lucky to have no injuries thus far during fall camp. There are a few position battles starting with the kickers between James Aho and Drew Zamora rotating on a variety of live action field goals.

Not much other news besides that head coach Rocky Long has been overly impressive with the offensive unit.

One amazing thing that San Diego State did for their first three days of camps was having camp start at Camp Pendelton. The reason to have camp there was to build up team morale and take notice from the Marines on campus.

One football concern is how will the Aztecs replace quarterback Kevin O'Connell and the early leader looks to be redshirt freshman Ryan Lindley, but junior college transfer Drew Westling who came from Southwestern College after a year at Tulsa feels he still has a shot at the starting gig. This battle should go down to the week of their opening game and the decisioin will be decided then.

Running back Aaron Brown who was dinged up last year and missed four games, reported to camp healthy which is what the Horned Frogs need to be able to compete for the conference title.

The offensive line only lost one player from the team, but competition is heating up for playing time across the whole line. junior Nic Richmond and sophomore Marcus Cannon have been rotating with the first team at right tackle and also sophomore Josh Vernon has been playing with the first team at left guard instead of senior Preston Phillips. This should mean that the offensive line should be very strong to help the running game and protect the quarterback.

Mike Sanford is probably in his last year as head coach, unless he can come across at least 5 wins, so the intensity will be there at camp. The big news about camp is the naming of a starting quarterback for the Rebels and it will be Omar Clayton and have full reigns at that position. Last year Clayton played sparringly but beat out Travis Dixon who started in nine games last and will now move to compete for a safety spot on the team. With a quarterback in place the offense should be able to be more cohesive during fall camp.

The only injury so far for the Rebels has been with defensive back Quinton Pointer who dislocated elbow, but the good thing is that surgery is not required and he will be out two to four weeks.

Coming into fall camp is to see who is healthy from injuries that hurt last years campaign. That all starts with quarterback Brian Johnson who so far has been hurt by injuries, but so far this camp has shown signs of being able to throw the deep ball. Then there is Matt Asiata who was to be the starter until he broke his leg on the fourth play, and the Utes were to have Darrell Mack redshirting, but now the Utes have the both healthy and their best one-two punch since Quinton Ganther and Marty Johnson back in 2004. So far in camp Asiata has been making the bigger plays, but coach Kyle Wittingham says both will split and will see time on the field at the same time. Then there is Brent Casteel who is a multi threat to catch the ball and run the ball as well. Last year he went down early in the season and was out for the year, and so far looks real good in camp so far.

One disappointing factor for Utes is that junior college wide receiver Aiona Key is a late arrival to camp, because he is waiting on grades to be published from his other school. Key is to be an instant impact at wide out, but with him missing camp he could have a tough time getting caught up and be lower on the depth chart until he graps everything. The best thing for the Utes is that they have no major injuries this year, yet.

The Cowboys had nearly everyone at camp except one veteran who was not available to practice on Monday was senior defensive tackle Anthony Wilson who is awaiting an academic eligibility ruling from the NCAA. It is hoped that ruling will come later this week, so he can get on the field.

There is not too much news to report from Laramie, just practices so far and no injuries as of yet.