This one will be similar to the Colorado State preview since they also play the Houston Cougars. This game is taking place in Houston and is during week three of the season. By this game the Falcons will have played Southern Utah and conference foe Wyoming Cowboys and should be ready for this Houston game. The same can be said for the Cougars who will have played I-AA Southern University and then play Oklahoma State in week two, so Houston will have had a big challenge the week prior and could be looking to rebound after a possible loss to Oklahoma State. 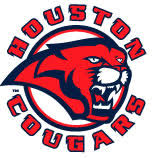 Offense: The Houston Cougars return six starters on the offensive side of the ball, and will be lead by wide receiver Mark Hafner who had 445 yards receiving and three touchdowns. Those are modest stats, but when playing behind Donnie Avery and Jeron Harvey who are no longer with the program, because of graduated, those are pretty good stats for a third wideout. With the Cougars new coach Kevin Sumlin he has improved the offensive output at each stop he has made, but his biggest improvement was with Texas A&M where Sumlin was moved into the offensive coordinator role, and the Aggies averaged 33.0 points per game after posting just 16.0 per game before he took control. He is an innovator on offense and should keep the recent tradition from Art Briles of being able to score bunches of points.

The QB position is one that is muddled, but whoever gets the position should thrive in. The two quarterbacks are currently listed as number one on the depth chart which should be figured out in fall camp. The two are Case Keenum and Blake Joseph who split time last with Keenum playing in every game and starting eight, while Joseph played in eleven and started in five games. Keenum has more mobility and rushed for 412 yards and nine touchdowns which is solid for a quarterback. As for passing Keenum had 2,259 yards, 68 completion percentage, 14 touchdowns, and 10 interceptions. While Blake Joseph in less time threw a comparable percentage, however Joseph’s touchdown to interception ratio was 2.25 to 1.5 but that could be inflated due to playing time. Whoever is at the quarterback position they should be able to thrive. Being the third game of the season the quarterback situation still might be in the air and having a quarterback by committe, because it is doubtful anything will be proven by playing Southern where both should get plenty of time. Depending on how the Oklahoma State game goes, where both should play again there that will be the game where a starter could be named.

The key lose at running back is Anthony Alridge who will be replaced by Terrance Ganaway who as a back up had 550 yards, six touchdowns, and an average of 5.0 per carry and should be able to put up similar numbers as Alridge who rushed just under 1,600 yards.

If these new players who are taking over starting spots and a quarterback is chosen Houston’s offense should not skip a beat from last year.

Returning start on defense are defensive end Phillip Hunt who had 10.5 sacks and 18 for loss, and will see a lot of double teams and free up another player to make the play, but Hunt is the leader of the front seven. In the secondary the Cougars return Kenneth Fontenette and Ernest Miller and these had four picks and eleven passes broken up, and will only get better.

Early Prediction: This game being on the road does favor the Houston Cougars, but the Falcons are accustomed to the throwing attack of Houston. With the inexperience of the Falcons offense they will not be able to score enough points, so look for Houston to win by ten points.