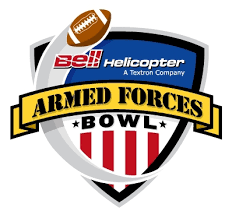 (6-6)
Cal was at one time #2 in rankings and looking to be in a position to win the Pac-10 and make it to the title game, and then they proceed to lose 6 of 7 and get to go to Fort Worth for the Armed Forces Bowl. As for Air Force this was a surprise that they were going to be in a bowl game and let alone trying for their first 10 win season since 1998.

According to Scouts Inc. "Cal struggled down the stretch, but expect the Bears to have plenty of success against Air Force."

This may be true but how much motivation does Cal have from a team that was top of the rankings and then now in a mid level bowl game, now I am not saying the players will not try but motivation will be a factor.
Air Force runs an run oriented spread option attack that had Air Force second nationally in rushing. The player that Cal needs to look out for is Chad Hall who is listed as a wide out but he rushed for over 1400 yards and combined for 1900 yards from scrimmage and 15 touchdowns. Hall is also the only player in the country to lead his team in rushing and receiving. Just look for Air Force to run, run, run, and then Shaun Carney to run a play action and beat Cal deep.
For Cal they have a decent rushing attack that is lead by Justin Forsett who has 1406 yards and 13 touchdowns. They are fairly balanced and in the passing game the Golden Bears are lead by QB Nate Longshore who has 2544 yards passing and 16 TD's but they also have 13 interceptions as well.
Cal can be got to with the amount of turnovers they give up and the fact that they give up 26 points per game while only scoring 28 themselves per game. The Bears offense averages 399 yards per game and well that is not that good, but if Cal can establish their running game through Forsett and control the time of possession then they have a good chance of defeating Air Force. If Jeff Teford wants to be fancy and throw all over the place and is not successful then look for Air Force to win.
This should be pro Air Force crowd because their are 8 Air Force bases within a 4 hour drive and servicemen over seas are buying tickets and donating them to those Cadets based near Fort Worth. Cal just will not be motivated and Air Force will have their 10 wins and this win would give the MWC 5 bowl wins on the year.