Air Force is reeling by losing 2 straight games, and then there is Northern Illinois who just got their first win against Lamar. This matchup looks like an Air Force team that should dominate. For one Air Force plays great defense and Northern Illinois does not shoot the bal well as they average 39% from the field, 67% free throw, and only 25% from 3 point shooting. Also, NIU has no real go to guy as one player averages in double figures at just above 10 and 2 who average 9 points. Air Force should win this game, but they are on the road and have not done well on the road. 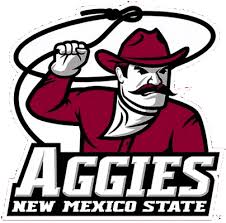 The New Mexico State Aggies were becoming a great team with Regie Theus and then he left for the NBA. One interesting player that plays for the Aggies in Justin Hawkins who transfered from University of Utah a few years ago and is the Aggies their best player by scoring near 20 points per game and 8.5 boards. The Aggies have struggled pretty hard this year with only 3 wins on the year, but being at home, a rival game, and with Hawkins the Lobos have a chance. New Mexico tripped up on their trip to Oxford last week, but they should win because they shoot much better then the Aggies and shoot a very good 43% from 3 point land. The Lobos do not have one dominant scorer but they have 5 guys who score at least 8 points per game. The way the Aggies have been playing, which is bad, look for Lobos to get back on the winning way.

75-38 and 84-48, that is the score that UC Riverside lost by to Minnesota and Gonzata Wow! that is a huge defeat and Minnesota is not the super powerhouse. San Diego State looks like a team that could either win the conference or get an at large berth and this game would be a devastating loss for their RPI. Riverside does have one explosive player in Larry Cunningham who is scoring 15.7 points per game. Riverside has trouble holding onto the ball by averaging 18 turnovers per game, and need to protect the ball to have a chance on the road against the Aztecs. Look for San Diego to roll in this one.